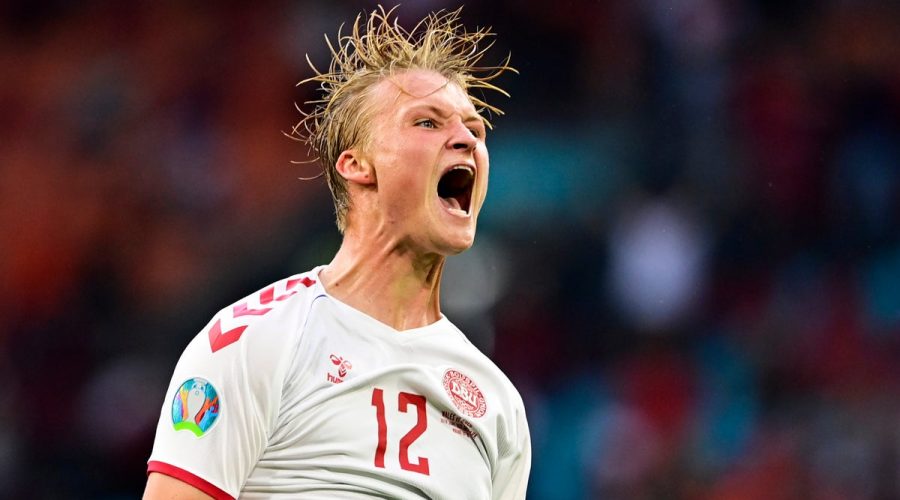 Kasper Dolberg of Denmark celebrates after his second goal

There was a flood of tears, hugs and beer. Denmark’s story started in distress, but it did not end in Amsterdam and will happily be continued in the quarter-finals of Euro 2020.

Wales came and they were conquered, seeing Kasper Dolberg score past them twice, with Joakim Maehle and Martin Braithwaite adding a late sting. They had insisted they would play the game, not the occasion, and that they were too experienced to get sucked into the emotion, or be distracted by the Danish dominance in the stands.

Rob Page’s side never really got going at the Johan Cruyff Arena, and while they tried to force something at the end, the result felt secure from the 48th minute.

Dolberg had his second of the evening then, as well as sealing a quarter-final date with Netherlands or the Czech Republic in Baku – the stuff of wild dreams after a start no team should have to endure.

The first knockout game of the Euros was always going to stir something in us given the opponents and context. Denmark are not short of allies around the globe after the dignity they showed navigating near-tragedy when Christian Eriksen suffered cardiac arrest in their opening match. The subsequent fight and spirit to secure passage to this phase just nine days after his horrific collapse was powerfully emotive, with the joyous scenes that followed filed under Things We Love to See. 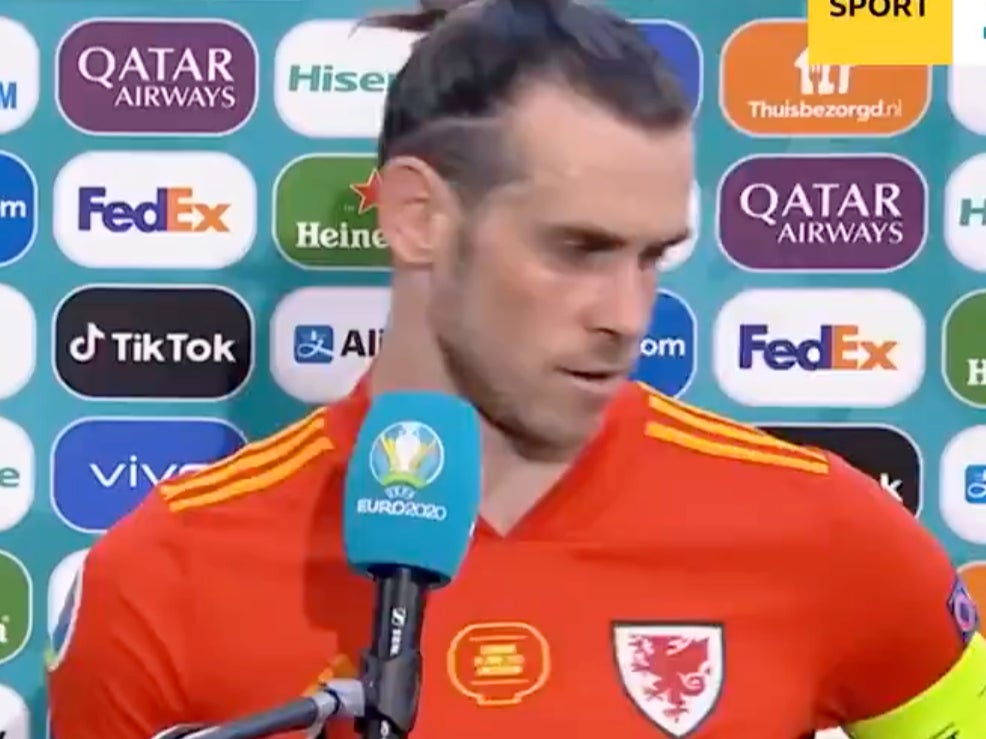 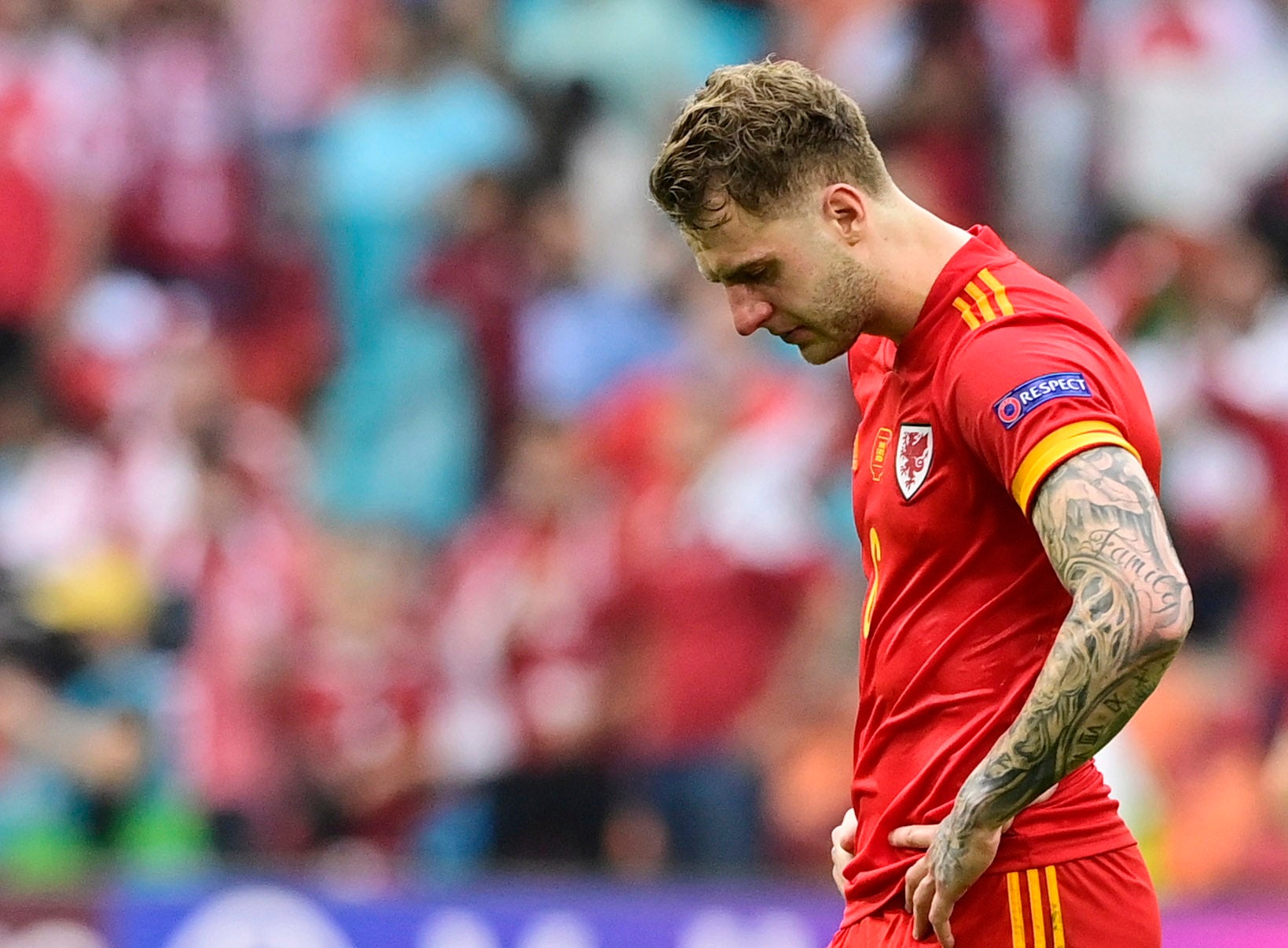 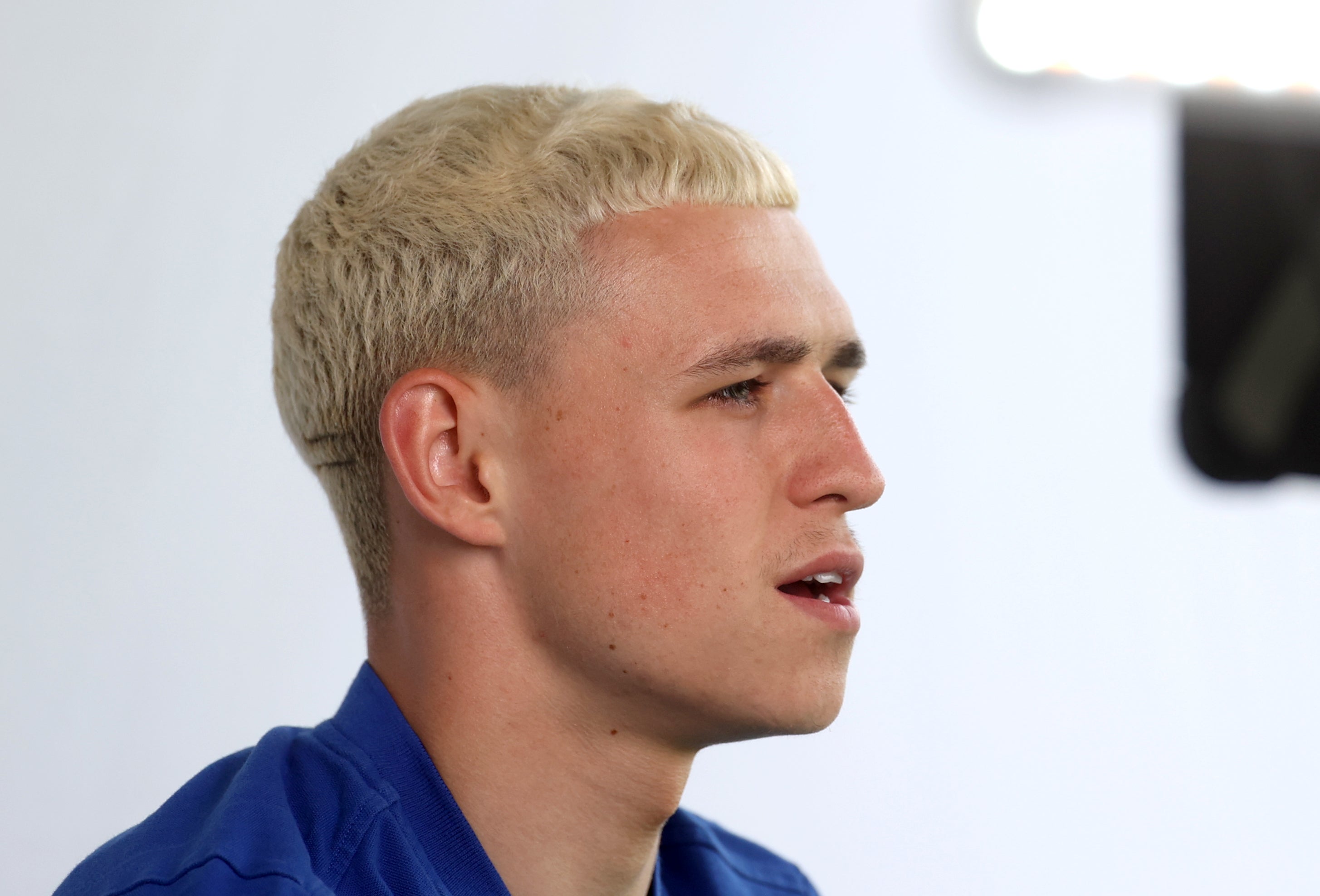 Wales, the 2016 tournament’s fairytale, have the feel of a group of mates having a great time and each other’s backs. They were also in hostile territory here, cut off from their supporters on account of a Netherlands government ban that would not apply if the UK were still in the European Union.

Every Denmark pass, tackle, shot and run was being wildly cheered on the terraces, with the smallest smattering of Wales fans somehow able to contort around the restrictions and take their seats in a block on the top tier.

Both teams had looked to be progressive and positive in the opening stages, but there was not much threat until Mikkel Damsgaard and Maehle combined excellently down the left for Denmark. 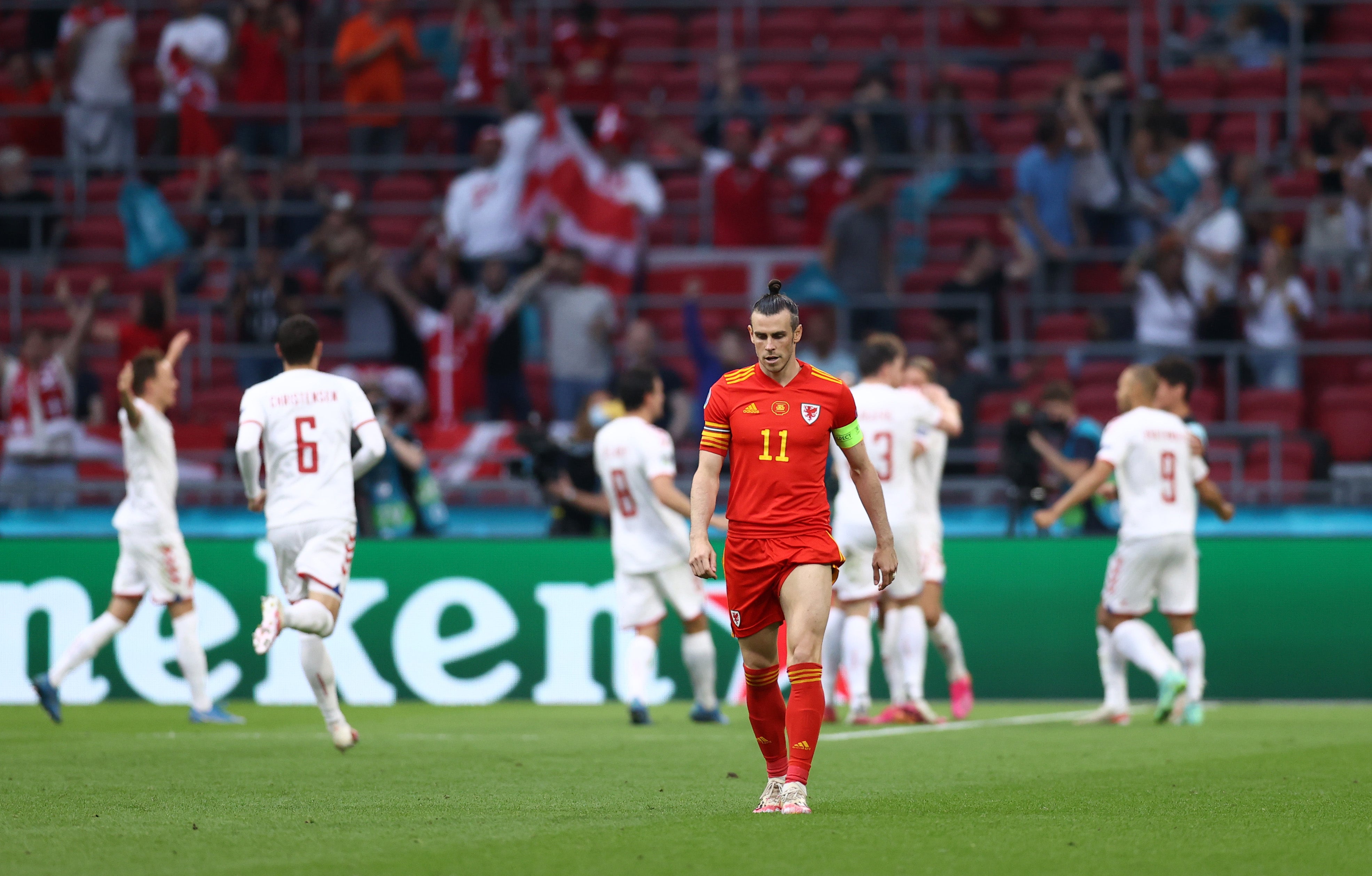 Dolberg, replacing Yussef Poulsen in the starting XI, took possession centrally from about 25 yards out and curled a low effort around two Welsh defenders and into the bottom right-hand corner.

Their supporters were delirious, and it started raining beer inside the arena. Wales looked drunk, completely all over the place after conceding.

Danny Ward had to save with his feet to keep out Dolberg’s flick from close range as Denmark assumed control of the encounter. The Wales goalkeeper was required again to deny a Maehle shot from a narrow angle with his right hand.

Not only were Gareth Bale and co being outplayed, but they were second to almost every ball and looked jaded in contrast with Denmark’s endeavour. 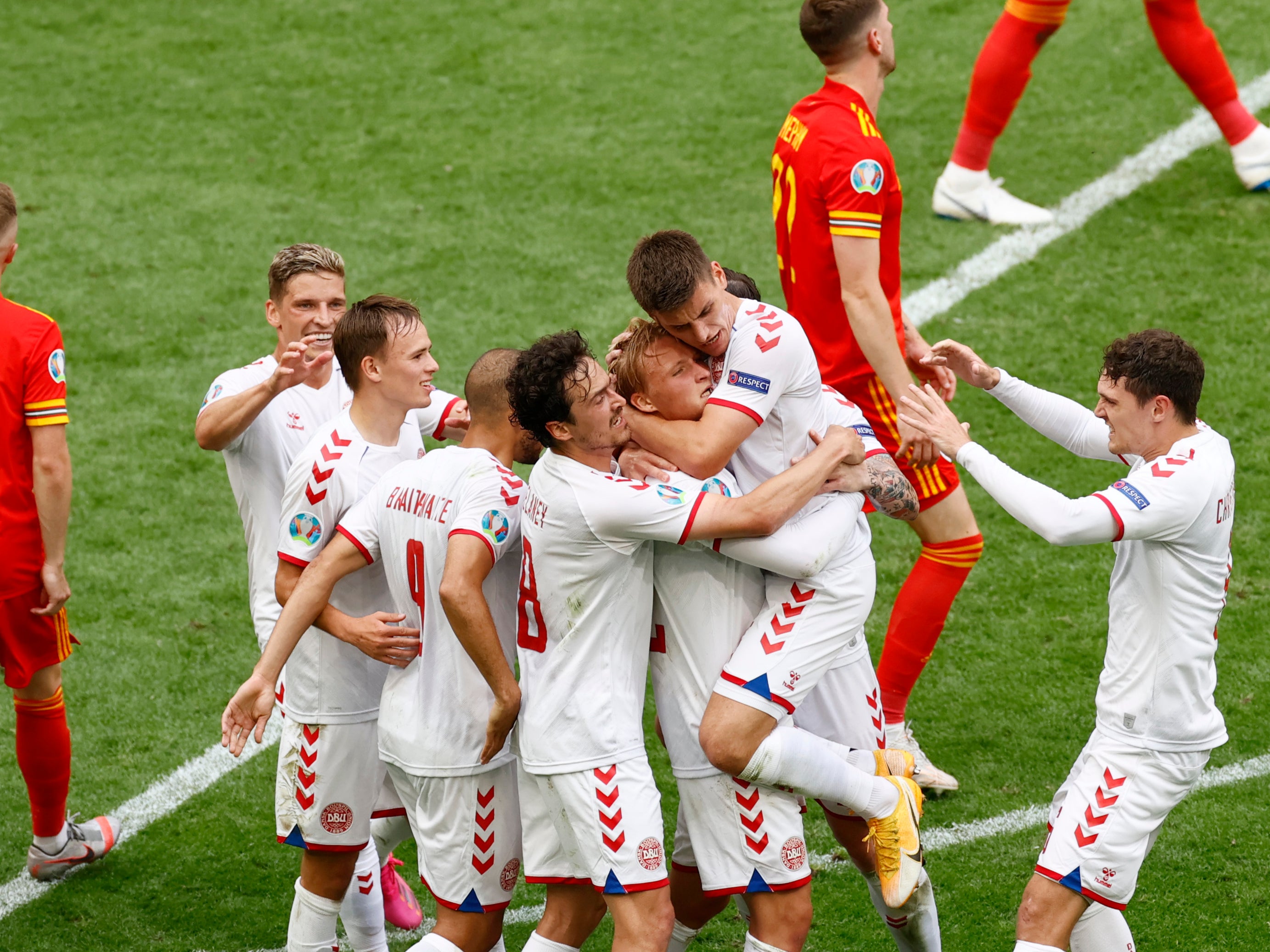 Kasper Dolberg of Denmark celebrates with his teammates

The half-time interval brought respite, but Kasper Hjulmand’s charges just carried on where they left off in the second stanza.

Dolberg and Kieffer Moore tussled, with there being no punishment against the Denmark forward. Braithwaite took the ball up the right wing, squaring into the area, and Neco Williams directed an awful clearance straight to Dolberg’s feet.

He coolly slotted home and it seemed like curtains for Wales, who had to clear from Damsgaard and Braithwaite. Bale headed wide and Dan James had a shot cleared for a corner, but the designated hosts weren’t doing enough to cause discomfort. Harry Wilson of Wales is shown a red card

Aimless crosses were swung towards Moore in the box. Bale tried to conjure wizardry. But it came to nothing, and on 88 minutes, Maehle rocketed a shot into the roof of the net after cutting in from the right.

Harry Wilson was shown a red card and VAR overturned an offside decision, with Braithwaite adding a fourth at the death after twisting Joe Allen.

And so here Denmark were – poetically, at Eriksen’s former haunt – providing another defining scene of the tournament.