Santiago Solari won the fourth game of his probation period and will now be given the Real Madrid job permanently after watching his bruised and battered team beat Celta Vigo 4-2.

Solari’s aggregate balance is 15-2 in those four games and while the three previous matches were comfortable wins no one can say this one was not hard-fought and hugely deserved.

Madrid lost two players injured in the first half but with Karim Benema inspired and displaying a team spirit not previously seen this season they won the game to close the gap on leaders Barcelona. 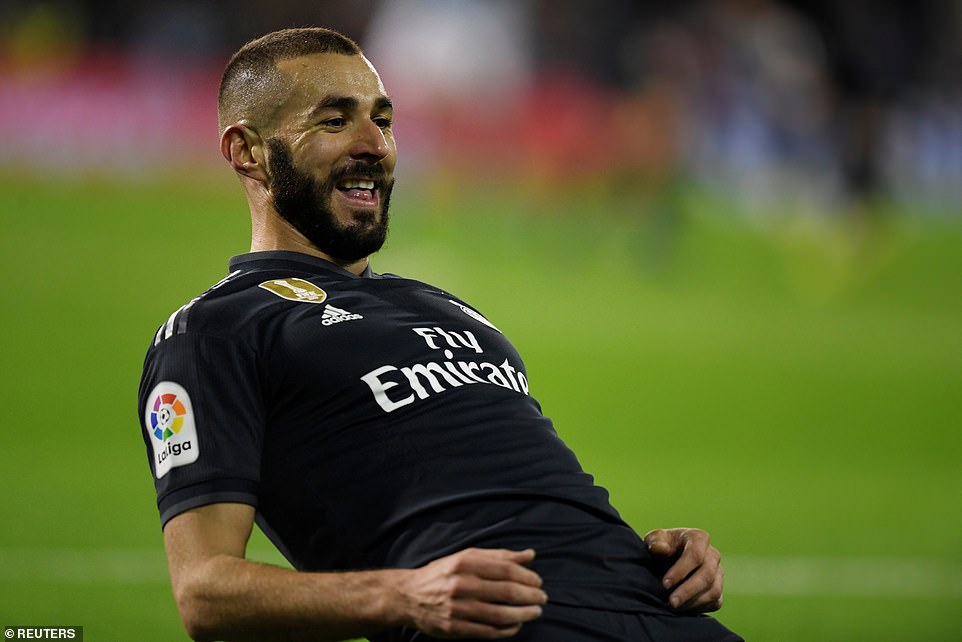 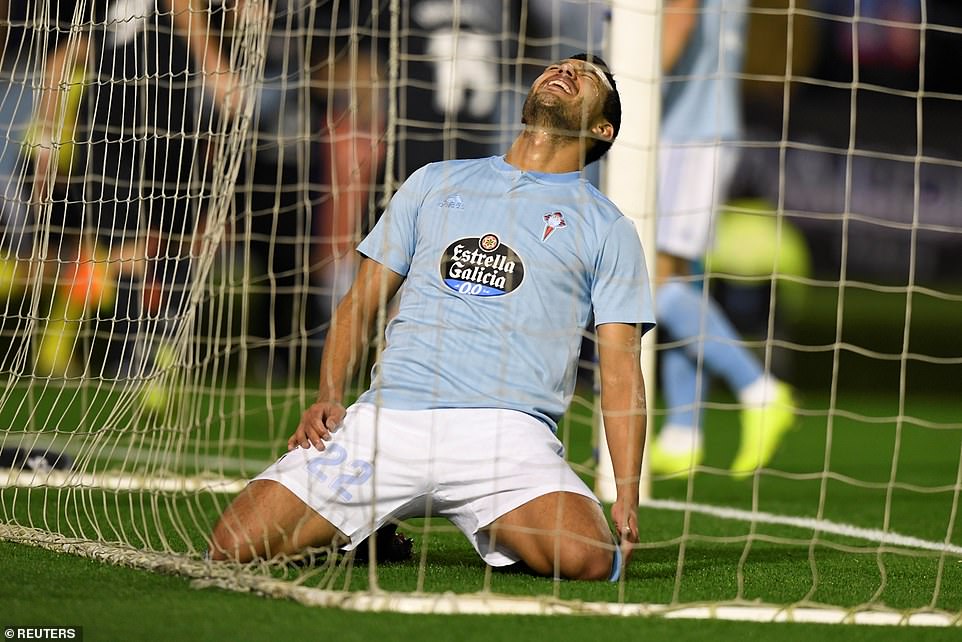 No one has done more to ensure Solari keeps his job than Benzema, scoring four goals in the caretaker coach’s four matches in charge and he got the first goal.

If was buried by Benzema but made in Modric. It’s been a tough start to the season for Luka Modric. At times he has worn his World Cup hangover like a pair of concrete boots but gradually he is finding his rhythm and he played a perfect ball over the top of the Celta defence into Benzema’s path.

There was still lot for the Frenchman to do; he did it with style, spinning on the spot and with a brilliant first touch scooping the ball away from defender Facundo Roncaglia before shooting past Sergio Alvarez.

Real Madrid had been on top from the start. Alvaro Odriozola’s cross gave Benzema his first chance but his shot was saved by Alvarez. The Frenchman then sent a shot wide.

Celta Vigo were physical throughout the first half and when Maxi Gomez crunched into a tackle on Casemiro it left the Brazilian writhing in agony.

His ankle had been badly twisted by the challenge. He hobbled off, still grimacing and then trotted back on. But within five minutes it was clear he could not carry on and his number was up with Dani Ceballos coming on. 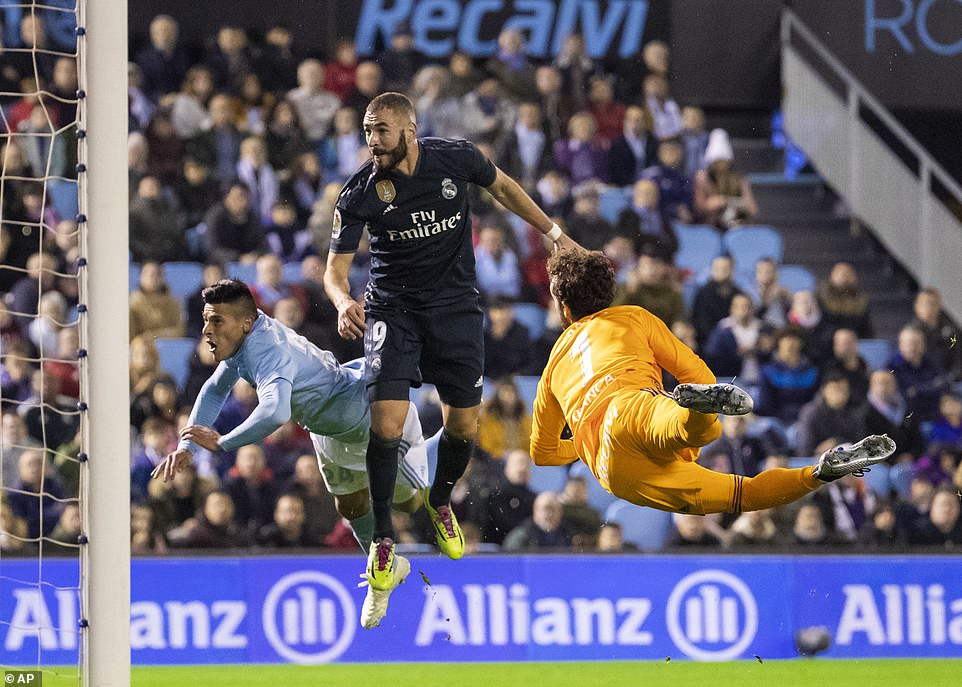 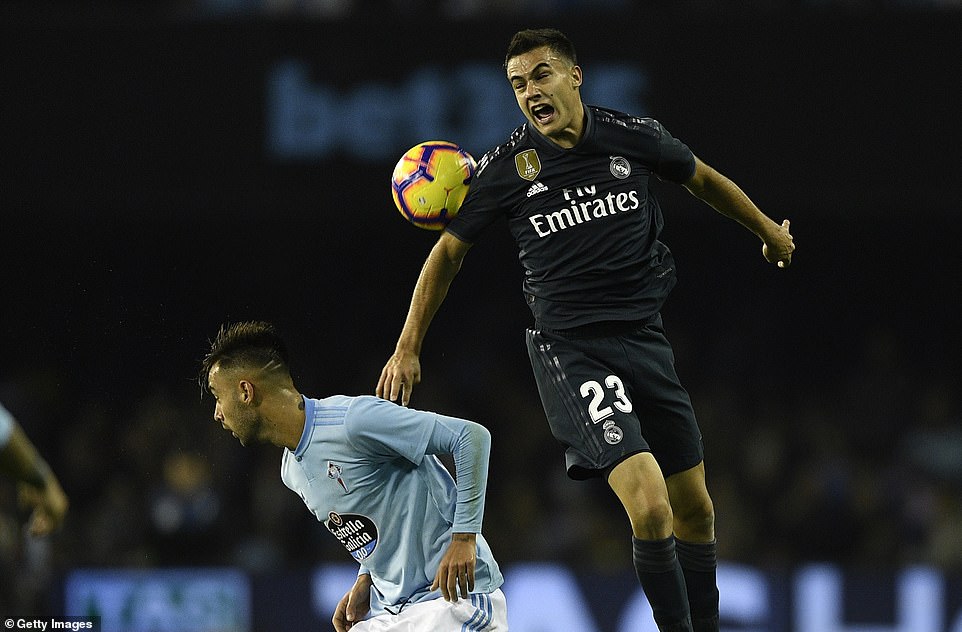 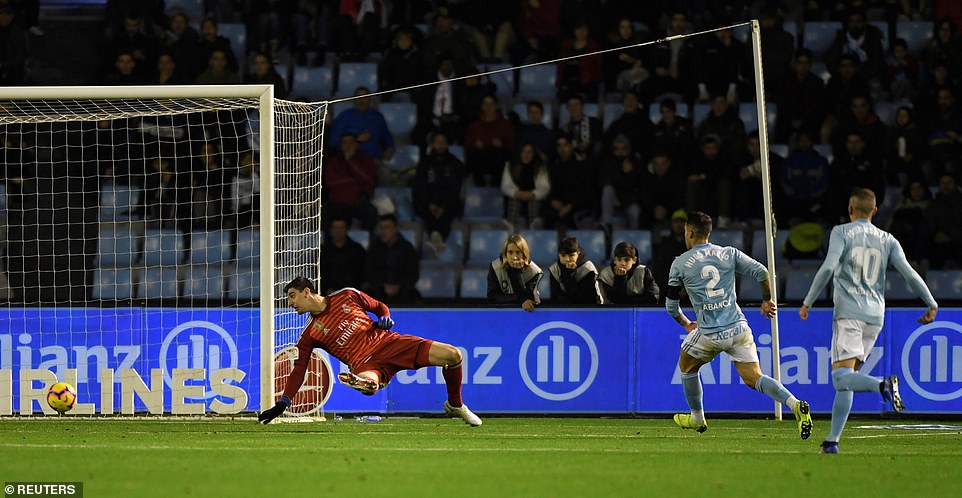 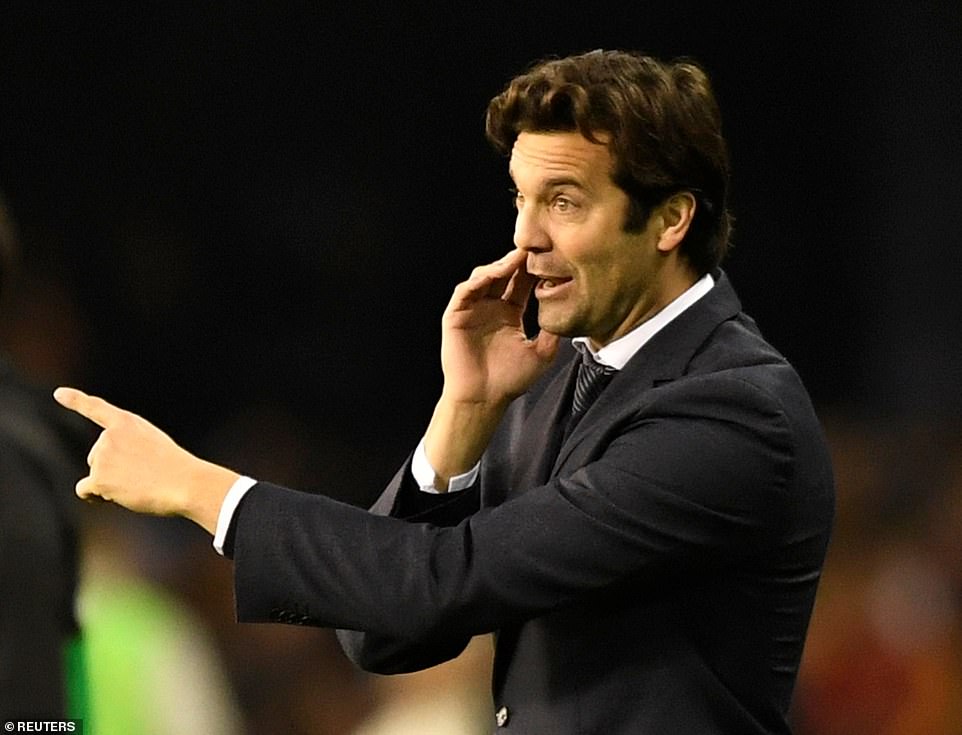 Gareth Bale then headed over from Lucas Vazquez’ cross. Toni Kroos curled a shot just over and, at the other end, Okay Yokuslu headed on to the post before Ramos hooked the ball clear.

If that was a warning to Real Madrid they heeded it taking the lead with their next attack from Benzema’s gem.

He was leading the charge but couldn’t quite convert Sergio Reguilon’s cross. He then turned provider but when his cross ran to Kroos, the German fired the ball high over the bar. Benzema was then kicked in the knee by Gustavo Cabral who was booked. Hugo Mallo then kicked Bale in the ankle and also went into the book.

Celta Vigo continued to rough-up Real and David Junca’s flailing hand caught Odriozola in the face. He also went into the book.

Madrid were on top although they needed Thibaut Courtois to save well from Brais Mendez to keep the score that way. When they went down the tunnel 1-0 up at half time they did so with certain concerns. Solari had already had to replace crocked Casemiro and the hamstrung Sergio Reguilon. Bale hobbled off after being clattered by that Mallo foul. He returned for the second half but how long would he last? As it turned out he would have to play the 90 minutes. 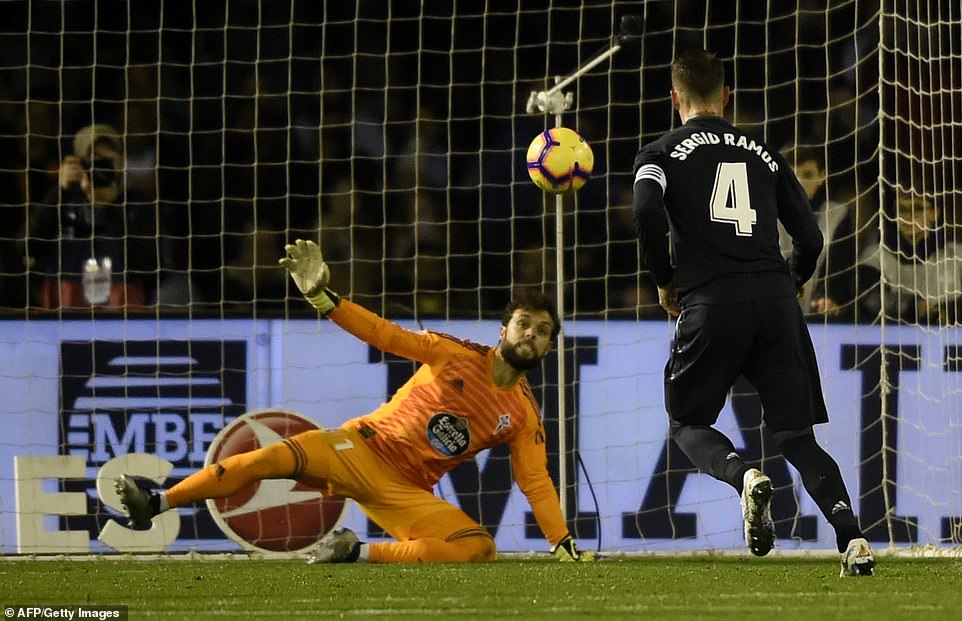 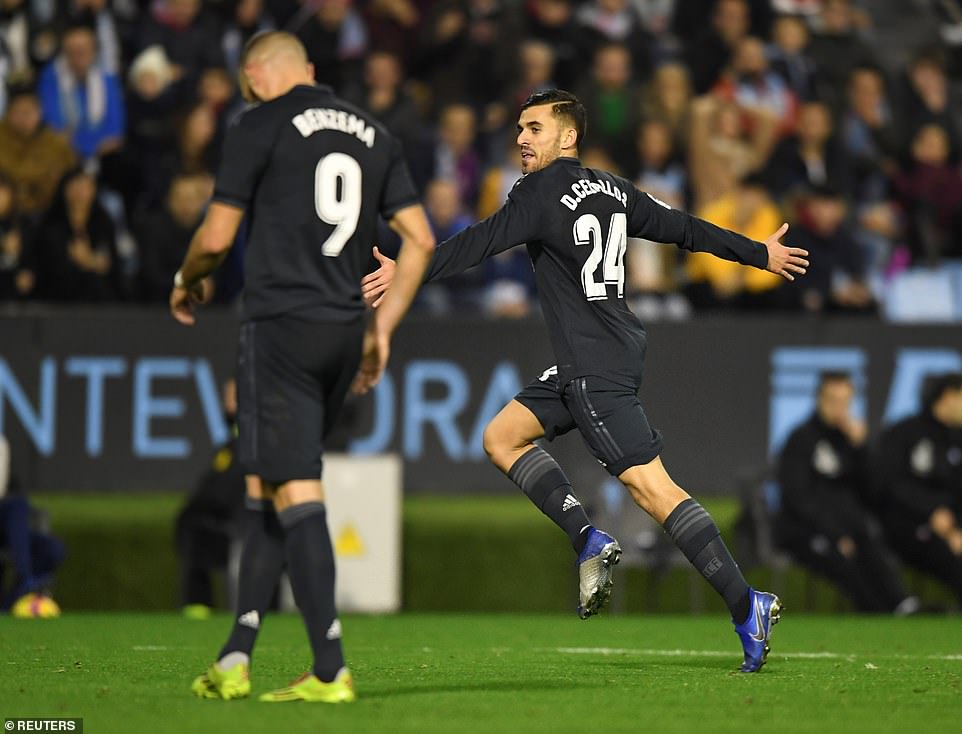 Benzema started where he had left off hitting the cross bar with a curling shot and then scoring the second. This time he owed the assist to Odriozola who unsettled the Celta defence leaving Benzema honing in on goal.

He wriggled into space and when Alvarez got a hand to his shot it bounced up at the post and came out hitting Cabral’s arm before crossing the line. The defender might be given the own-goal, Benzema deserves it.

Celta were not out of it yet and from Mendez’ cross Mallo got the wrong side of Ramos to volley beyond Courtois.

They were buoyed by the sight of Madrid players struggling with injuries. Bale was still not running freely and now Nacho had gone down holding his knee.

Courtois then dived full length to deny Iago Aspas. The Belgian keeper is starting to look more like his old self having been the gloves for league and Champions League matches by Solari.

With Javier Sanchez flying into challenges in front of him Madrid were hanging on for the three points and they had no more substitutes to make after Nacho hobbled off for Sergio Asensio.

But they breathed a big sigh of relief nine minutes from time when David Junca clumsily high-kicked Odriozola and Ramos nonchanlently clipped the penalty Panenka-style past Alvarez. There was even a broken run-up to precede the kick. It was his fifth penalty of the season.

Cabral then kicked Sanchez to earn his second yellow and Celta were reduced to 10 men. Madrid were home and dry. Dani Ceballos cracked in their third before Mendez added Celta’s second.

Solari has his fourth win in four games. When the international break is over he will have a first team coach contract and sixth-placed Madrid will be just four points behind leaders Barcelona in what is a very crowded top of the table. 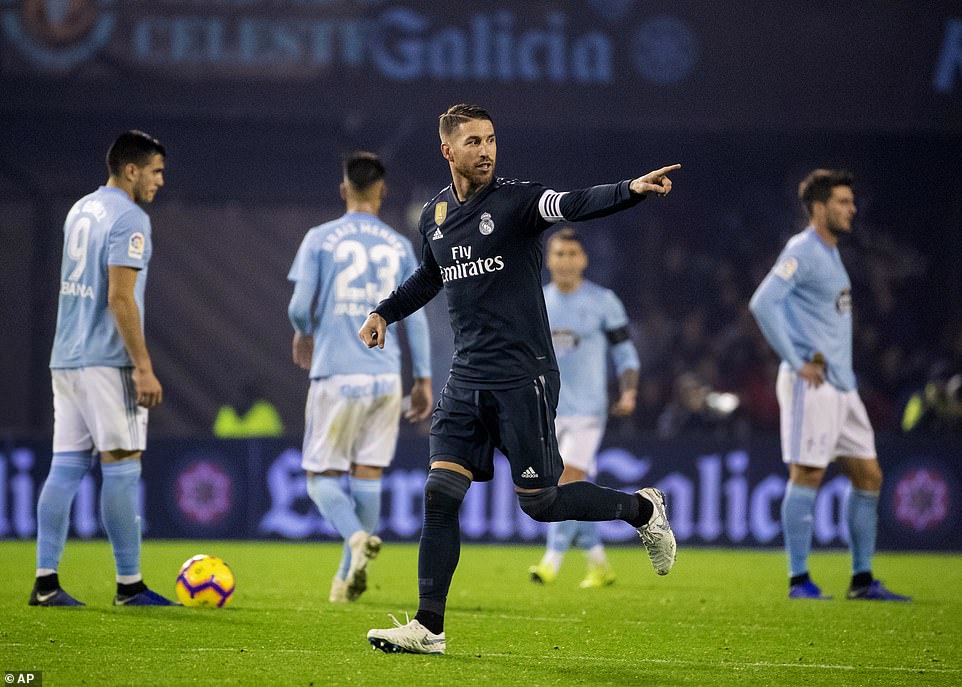 After a shaky start to the season, the Spanish giants are now on 20 points in La Liga, three behind leaders Barcelona