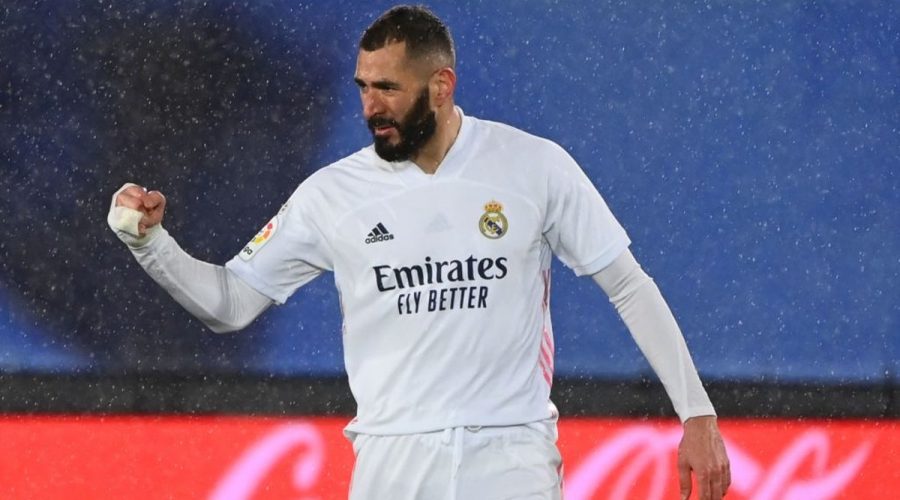 This semi-final first leg didn’t reach the dramatic heights of recent seasons in the Champions League, but that was because of an intensity that sets up the return.

It goes without saying by now that it is precisely this kind of simmering tension – itself deepened by seven decades of history and the prestige at stake – that would have been missing from any Super League. This had a uniquely Champions League feel, and distinctive Champions League questions.

Have Chelsea shown they are a level above Real Madrid, or have they wasted a chance? Will Madrid use their second chance to raise it in the way they are most famous for, or is this their level?

There was a long stretch at the start of this first leg when Chelsea should overrun the Spanish champions, who couldn’t really keep pace. Madrid did assert their experience, which was one big difference between the sides. It’s still difficult not to think the difference between this draw and a convincing Chelsea win was the strikers.

Karim Benzema is in the form of his career. Timo Werner is enduring one of the worst scoring returns of his career. Had the German completed Chelsea’s many attacks in the way Benzema maximised Madrid’s minimal attacks then this would have been a very different story.

And yet it does feel someway harsh to be criticising Werner, or at least to be deriding him. The forward does so much right. His pace and runs elevate how Thomas Tuchel plays, because they give cutting edge, and an element of unpredictability. There were many moments in that opening spell when Werner and Christian Pulisic seemed to be darting in so many different directions – like blue arrows – that Madrid didn’t know where to go.

One figure familiar with the Chelsea squad also talks of how Werner is one of those players who improves the performance of everyone around him. That is due to his industry, the way he links play, and his selflessness.

The issue is that he currently lacks a striker’s selfishness, and that ruthlessness. There’s just something off with his finishing. It might be confidence, it might be conviction. It could still be seen in that first chance after just a few minutes, when he put an opportunity straight at Thibaut Courtois. The worst thing is that it probably isn’t even in his worst five misses at Chelsea.

And yet it is to Werner’s credit that he keeps persevering, keeps going. It was his run that created some of the space that allowed Pulisic to force his way into the box, round Courtois, and score.

It felt at that point like Chelsea would just surge through Madrid.

The Spanish champions, however, had a striker with plenty of conviction.

Benzema’s career has almost come full circle in that way. It is as if, at 33, he is becoming the player he was supposed to be – the star, the main man, who wins games on his own.

This isn’t to diminish his incredible contribution to Madrid over the years. It’s just that, when they first went for him in 2008, he was seen as a precocious talent to potentially get to Cristiano Ronaldo’s level. It could be seen in one brilliant Champions League goal against Manchester United, when he just turned on the ball and smashed it home from distance. It was like the original Ronaldo.

By the time Benzema eventually signed for Madrid in 2009, though, the very nature of his purchase indicated he would only ever be a support act. He was always going to be secondary to Cristiano, and the other stars.

Madrid now look to him in the way they did so many greats from their history, and in the way that was once expected from Benzema.

He is why Chelsea can’t expect to have it too comfortable in the second leg. He can make it even more tense, or really raise the level.