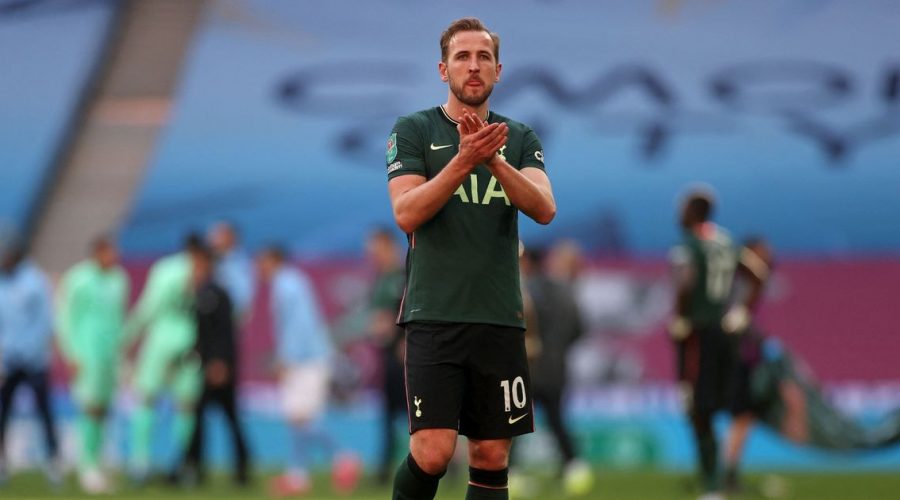 Now we know why Harry Kane has become the deadliest, drop-deep centre-forward in the business.

if you want to play for a really big club every week as a striker then you better not be one of those lethal hitmen who merely lead the line all alone while banging goals in for fun.

Who needs that sort of a player when trying to conquer Europe?

Not Manchester City. Not Chelsea. Not Paris Saint Germain. Not even Arsenal!

Forget Mikel Arteta’s ridiculous attempt to turn the Gunners into a free-flowing attacking unit without a recognised striker.

The Gunners do not count because they are not an elite outfit anymore despite still being in the hunt for a Europa League final.

But City, Chelsea and PSG do count. Very much. And these three Champions League semi-finalists appear willing to sacrifice an out-and-out goalscorer for lightning wingers, playmakers and dazzling number tens.

Of course, Kevin De Bruyne, Neymar, Kylian Mbappe, Phil Foden etc are all superb at finding the net. None, though, is a pure number nine.

The centre forward has been a lonesome figure in modern football for sometime. Very rarely these days do we see clubs operate with a double act in attack.

However, nobody could have envisaged the player who puts the finishing touch to an attack by sticking the ball away would become an endangered species.

So, if Kane s serious about finding a new home this summer, that selling point of every successful side requiring a single-minded scorer is not quite as persuasive as it once was.

Any club thinking of blowing £150million on such a player want more than a goal machine. They are after a considerable array of other talents too.

His ability to drift into midfield and pick a decisive pass is extraordinary. Equally exceptional is his knack of keeping possession, either to link with a teammate to cut open the opposition – or to win a free kick and alleviate growing pressure.

We will witness that throughout the Euros this summer with England, just as we have over he last couple of years watching Spurs – particularly in the current campaign,

But, of course, convincing City, Man United, Chelsea, PSG, Real Madrid or Barcelona to break the bank to sign him is only a part of the battle for prolific Kane.

For amid his comments on the future, which began in March and continued in the aftermath of last weekend’s lame Carabao Cup final loss to Man City, the silence on the subject from Spurs supremo Daniel Levy remains defeating..

There is the possibility the pair may have a Gentleman’s agreement that Kane can go if they fail to reach the Champions League.

Yet that is extremely unlikely because, as we know, Levy is a loathed to make such promises when they are against the interests, financial ones especially, of his club.

And, unless he decides brilliant Kane, who has served Spurs with complete distinction on and off the field, deserves a crack at the biggest prizes elsewhere, there really is only one winner in the transfer equation this summer.

As the likes of Luka Modric and Gareth Bale discovered while trying to join Real Madrid, exiting N17 can take a long time.

May 1, 2021 Soccer Comments Off on Kane is perfect in new age of false No.9s – but leaving Spurs now will be tricky
NFL News