It feels like a different world. The Allianz Stadium, home of Italian champions Juventus, is light years ahead of the rest of calcio.

The Bianconeri, scudetto winners for the last seven seasons, have left everyone behind on the pitch, but also in terms of infrastructure.

The Turin club moved there in 2011, after a €155m reconstruction. The ground sits on the site of the old Stadio Delle Alpi, their home in the past and setting of many memorable games – including Manchester United’s famous 3-2 win in 1999 on their way to winning the Champions League. 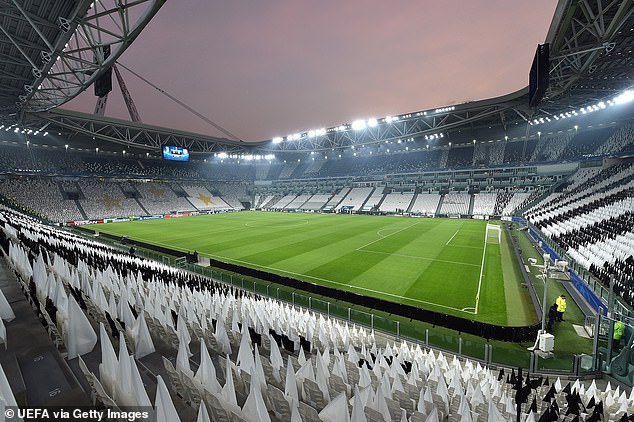 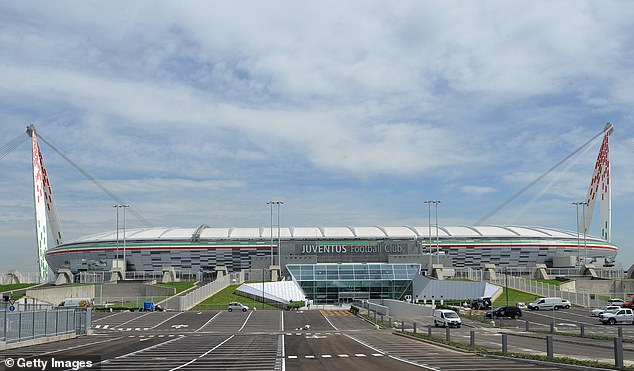 The new base, originally called the Juventus Stadium, is a corner of Piemonte dedicated to the team. It is the type of thing you’d expect from Bayern Munich and Real Madrid, and sits incongruously among the charming but frankly down-at-heel cathedrals of football in Rome, Naples and Milan.

It’s in the Continassa area, and by car is about fifteen minutes away from the railway station Torino Porta Susa. The stadium is the jewel in the crown at the ever-growing ‘J Village’, and houses the media centre, a TV station and the Juventus Museum.

Then there is the J Medical, a luxury physiotherapists’ clinic open to the public, and naturally a huge club shop. The first team’s training centre is nearby.

The next part of the plan is the J Hotel, where fans will be able to eat and sleep the night before the game. It’s all very modern and aimed at making football an all-round experience.

Napoli president Aurelio De Laurentiis has been desperate to do something similar with the wonderful but tatty San Paolo for years. But problems with the council, who own the ground, have made it the impossible dream.

Juve, who are their own landlords, had no such trouble. It is one of only three club-owned arenas in Italy – Sassuolo and Udinese are the other ‘home-owners’.

In terms of the 90 minutes, the first thing you notice inside are the two figures on one side of the stadium. It’s never been officially confirmed but the large images created by different colour seats are believed to be two legendary number 10s – Michel Platini and Alessandro Del Piero.

Heroes from the past are commemorated on the concourses too. There is the Walk of Fame, featuring the names of Bianconeri royalty in big stars, akin to the famous Hollywood attraction. 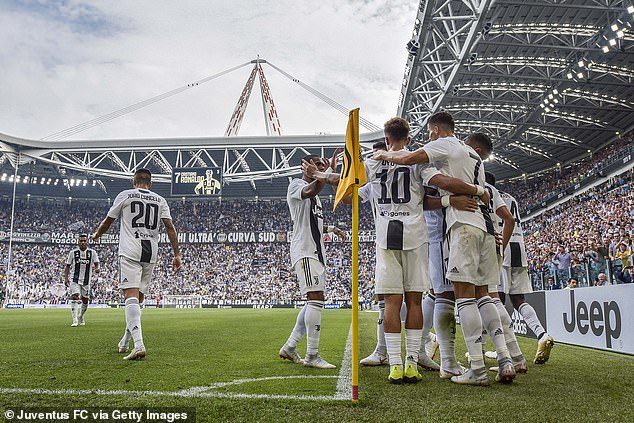 Unlike many Italian stadiums the 41,000 fans are close to the pitch and on top of the action 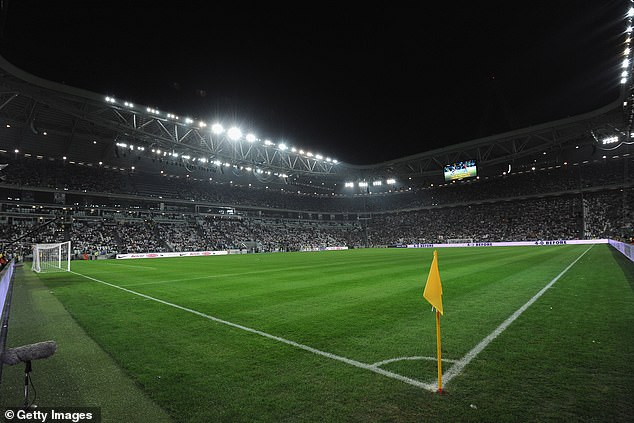 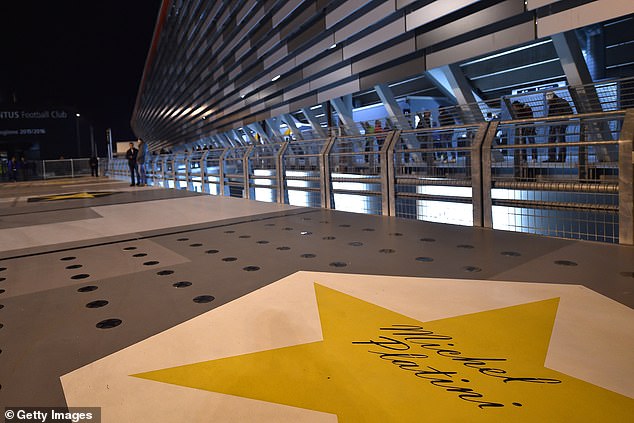 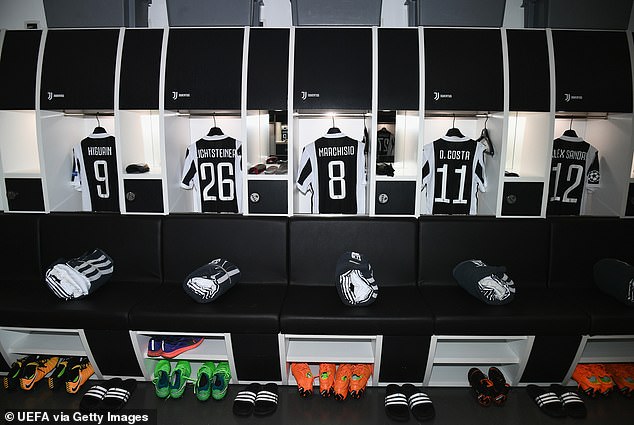 One or two men who you might expect to see celebrated are absent. Polish winger Zbigi Boniek, a specialist on European nights, later made disparaging comments about Juve, so there is no star for the flame-haired ace.

With a capacity of just over 41,000, it isn’t a huge stadium, but by Italian standards the fans are very close to the pitch and can whip up quite an atmosphere.

One of the most memorable recent incidents was when Cristiano Ronaldo received a standing ovation for his overhead kick for Real against the Italians last season.

Like all big clubs, Juventus face a dilemma, which is embodied by the composition of the spectators at home matches. The usual crowd is a split between tourists from all over the globe, and die-hard fans.

In 2018 it’s clearer than ever where the riches lie – with supporters and tourists from far afield – but no club wants to completely alienate their faithful old followers.

Some of the less flexible fans have clashed with the club recently. Several Ultra groups were disgusted when ticket prices went up in the summer, and have let directors know.

It’s a delicate situation, and not exclusive to Juventus. How do you balance conquering new markets with pleasing the hardcore who have been there through good times and bad? 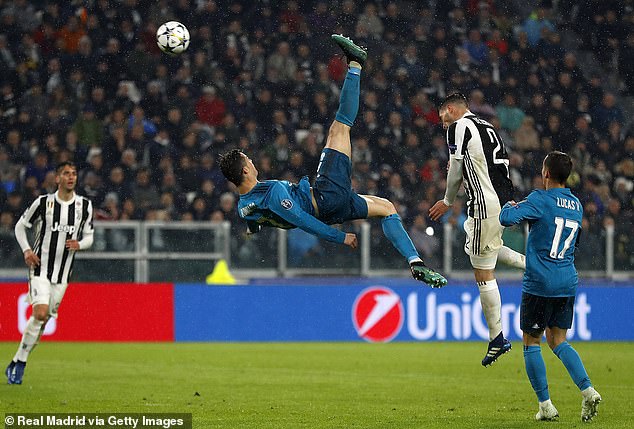 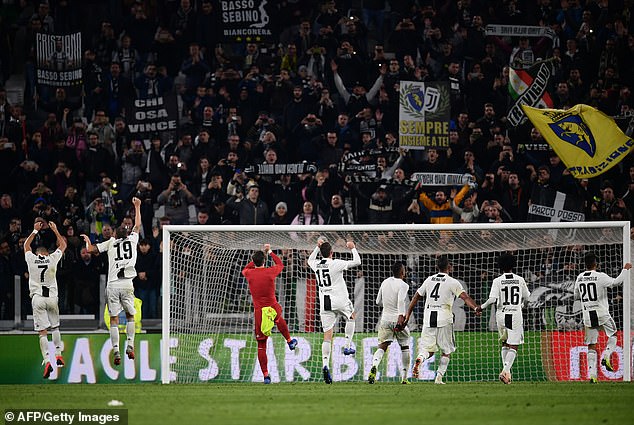 Despite the impressive stadium, Ultra groups are not happy with expensive ticket prices 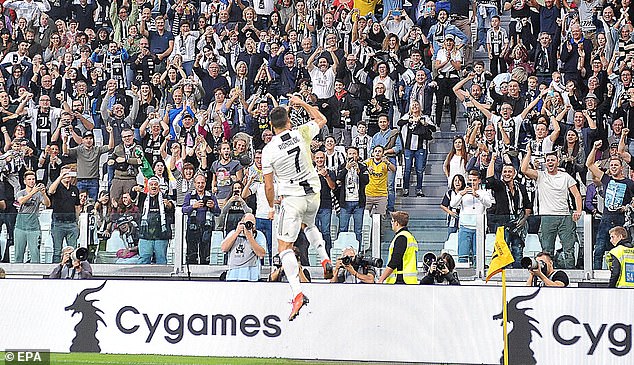 But they will still pack at the 41,000 seater ground to give Ronaldo and Juve their backing

Send your answers to every Champions League super club, they’ll be grateful.

In terms of results, the Allianz Stadium has been a fortress. They have won the league every year since moving there and done the double – Coppa Italia winners and Serie A champions – over the last four seasons. Barcelona, Manchester City and Real Madrid have all lost there.

In truth, the ecologically-friendly new stadium feels out of place in Italian football. But Juventus don’t want to be regarded as an Italian team, or even European. They yearn to be truly global.

The fact that a club of their size and with their resources has only won the European Cup/Champions League twice is a sore point. But the current management are planning for a brighter future.

Not many team’s envy their record of seven Champions League finals lost, but they certainly admire the Old Lady’s hi-tech, self-sufficient home.

November 7, 2018 Soccer Comments Off on Juve’s ‘eco-friendly’ ground and the ‘village’ dedicated to the club
NFL News