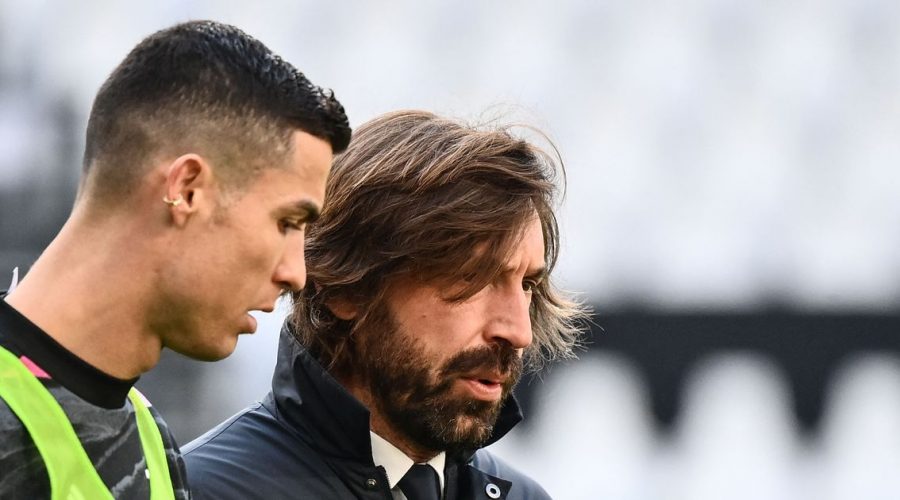 Juventus fans have heaped criticism on their side following their latest Serie A defeat – but Cristiano Ronaldo and Andrea Pirlo will ride out the storm.

The Old Lady handed a first victory in 12 games to 16th-placed Benevento at the Allianz Stadium.

It put the Italian giants 10 points off leaders Inter Milan with 11 games to go as Antonio Conte’s side have gone unbeaten in their last 11 league games.

And fans have been running out of patience with the side, declaring the title challenge over on social media.

“This is the worst Juventus team of all time,” one supporter said.

While Sport Italia director Michele Crisciello held nothing back, with: “It is not a question of Champions, tactics or transfer market. The problem is the whole.

“This Juve has no future. Without play, the coach can be judged in 5-6 years after a minimum of apprenticeship and too many wrong players on the market.

But others have been laying the blame at Pirlo, given the job with just one week’s experience in the U23s squad.

“What the hell did [Maurizio] Sarri do to be sacked,” a fourth added.

“Pirlo is an abysmal manager.”

A fifth commented: “Juve tried re-inventing the wheel putting Pirlo with zero experience as a coach. I said it then, and I’ll repeat , we will be fighting for 4th position this year with the team we have!”

With a sixth simply saying: “Fire Pirlo and get an experienced manager.”

Juventus are 11 points off their position this time last season under Sarri while they are out of the Champions League in the same round.

And it has seen Ronaldo, the club’s £89m top-scorer who came under fire from Antonio Cassano last month, become the scapegoat for the campaign.

“We can’t keep talking about the future when Ronaldo’s taking up so much of the wage bill,” another fan said.

Despite the tidal wave of criticism, Juventus’ sporting director Fabio Paratici has backed both Pirlo and Ronaldo as part of the club’s future.

He told Sky Sport Italia: “We have a project that we started from last season, one game will not change our views or our strategy.

“This line continues and we are very happy with what we've done, so we'll continue working to improve.

“This is Juve, we have Cristiano Ronaldo, the best player in the world, and we're holding on tight.

“We were not unsatisfied with the previous coaches, but there were different reasons why we decided to change.

“Just as a defeat won't change the project of a club, a victory won't either. Once an approach has been decided on, we see it through.

“I don't believe the word 'transitional' exists at Juventus. We play every game aiming to win, some go better than others, but transition isn't an issue here. Every year is important, even when it doesn't necessarily have the same results as in the past.”

READ MORE:Tottenham and Chelsea offered Paulo Dybala but both have doubts about Juventus star

March 22, 2021 Soccer Comments Off on Juventus criticism mounts as title race ends – but Ronaldo and Pirlo will stay
NFL News