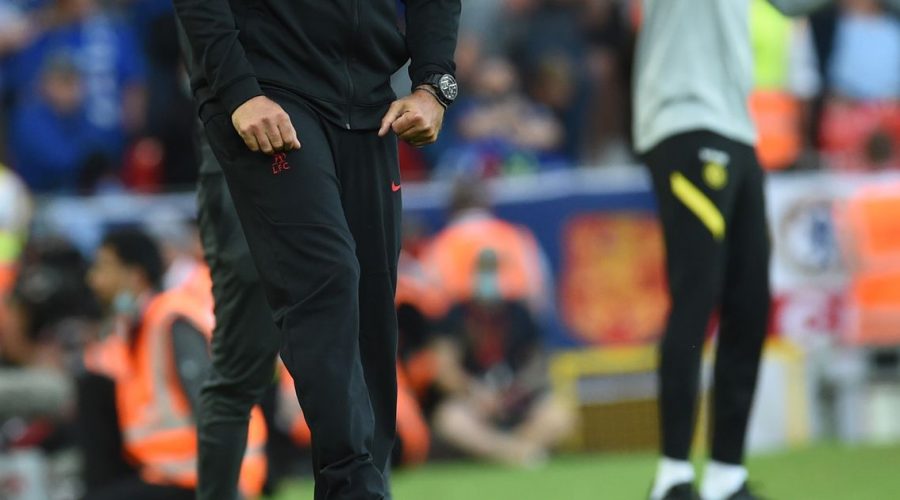 Jurgen Klopp has branded the excessive spending by clubs in the transfer market a “circus” while defending Liverpool’s more cautious approach to buying.

The Reds made just a single addition during the summer, with Ibrahima Konate making the move to Anfield from RB Leipzig for £36m.

Furthermore, the sales of Xherdan Shaqiri, Harry Wilson, and Taiwo Awoniyi has meant the Merseyside club made a £10m net spend over the summer, an amount dwarfed by fellow Premier League title challengers such as Manchester City and Chelsea.

But Klopp, 54, has insisted that he’s happy with the business that the Reds have made, while commenting on the transfer window in general.

He said: “It's really a little bit annoying that I have to talk about that because I said it already five million times.

"No, I'm not surprised that they do it, I was surprised – but it's a personal thing – that Cristiano left Juve because I didn't know that would happen and that's it.

"Clubs do business. When I say it, my problem is obviously my English because from time to time I obviously annoy some other managers and I don't want to annoy them, I'm not interested in it, why should I?

"I say something, I think it's right, and then it is probably right in my mind and then two days later I hear the response from somebody and think, 'Why is he on his toes?!'

"Honestly, I couldn't care less what other clubs are doing. In a few weeks I am four years here, I signed up for this way when I arrived here.

"In that time, we were quite successful, not the most successful in the world, but quite successful. We won a couple of trophies exactly with that way and it's in all transfer windows the same.”

Do you think Liverpool should have spent more in the transfer window? Let us know in the comments section.

"But it's always the same that we then get asked why do you do that? We thought it made sense that we sign up our squad in the moment that we have here and we did that.

The German manager went on to state that spending should not be done for the sake of it, while blasting the extravagant nature of the transfer window.

He said: "That is not as spectacular as all the rest around, I cannot change that because you cannot do transfer business just to be in a circus.

"But they did it, other teams signed players, fine, and now we will play them and see what we can do."

Despite the staunch defence of the club’s business over the window, Klopp's resolve will be tested in January when key players such as Mohamed Salah, Sadio Mane and Naby Keita will be unavailable for selection, with the Africa Cup of Nations taking place.

Consequently, Klopp said that he will look for a “solution” during the winter transfer window – but stressed that any purchases made will be not of the same calibre as those who will be away.

"We knew it, we have to deal with it and we will deal with it. How? We will see in January.

"People say you have to sign two strikers of the quality of Sadio and Mo, yeah that cannot be the solution because we cannot do that.

"We need to find a solution for that in January."