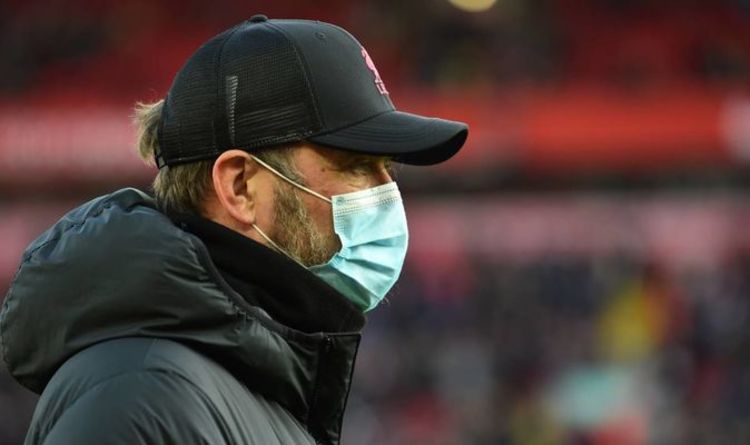 Liverpool remain on the lookout for attaking options to not only cover for Mohamed Salah and Sadio Mane, but also to help piece together a new front line for the future, and an alternative to Luis Diaz is clear.

Liverpool made a winning start to life without Sadio Mane or Mohamed Salah as they cruised past Shrewsbury Town to win 4-1 in the FA Cup, although it’s unlikely that the attacking pairing would have played anyway even if they hadn’t travelled to the Africa Cup of Nations.

Jurgen Klopp will be without Salah and Mane for the month of January, and due to the injuries of Divock Origi and Takumi Minamino, they have been left a little light in attack.

It’s been widely reported that Liverpool have been in the hunt for a new attacker this January, although they were dealt a blow when it appeared unlikely that they would be able to pursue a deal for FC Porto star Luis Diaz.

However, they could prioritise a cheaper alternative, who brings just as much promise as their original target.

JUST IN: Liverpool star Sadio Mane calls out Salah and Keita at AFCON

Diaz has faced Liverpool twice this season with Porto in the Champions League, and Klopp was reportedly impressed by the Colombian, who won the golden boot in the summer at the Copa America.

Despite the interest though, Porto are refusing to do business unless any side meets the £70million release clause that’s currently written into Diaz’ contract.

That amount is too steep for Liverpool, especially for a star that’s not guaranteed to start with so much talent already at the club, but it has revived interest in Jonathan David, who is enjoying another fine year at Lille.

The Canadian is the latest start to emerge from north America after making the audacious move to Europe as a 19-year-old, and David has already scored 16 goals in 26 games for Lille this season.

Whereas Porto are keen on keeping Diaz unless his release clause is met, David’s agent has already confirmed that his client will be leaving France at the end of the season, and Liverpool remain one of the sides that are heavily interested.

David is under contract with Lille until 2025, meaning that the French side will still be holding out for a large transfer fee, but the Canadian could not only be a major boost for Liverpool in January, but also in a new look attack for the future alongside Diogo Jota.

If Liverpool cannot secure a deal in January, they should do their best to sign the star next summer, after David’s agent confirmed that he would be searching for a new club at the end of the season.

David’s agent, Nick Mavromaras, told Radio Canada: “For us, the goal is to finish the season in Lille, but it will be his last season there for several reasons.

“I think the Premier League is a good option for him. I think that he likes Spain a lot also because he likes the feeling of the ball and the very technical players.”

David reportedly turned down a move to the Premier League before joining Lille, but has hailed the quality of the league as he justified his choice for turning it down, as he told France Bleu Nord: “Everyone knows the Premier League is a high-quality league.

“But my choice was dictated by the fact that above all, I wanted to be sure of playing.”

David has proved since moving to France that he is one of Europe’s top young strikers, and Klopp’s ability to improve up and coming talent could be a major attraction for the Canadian star.