Liverpool manager Jurgen Klopp praised Kaide Gordon’s ‘nose’ for a goal after the 17-year-old became the club’s youngster FA Cup scorer in the 4-1 win over Shrewsbury.

There was briefly a sniff of an upset when the League One visitors took a 27th-minute lead through Daniel Udoh with their first shot on target.

However, Gordon, who at 17 years and 96 days also became the club’s second-youngest all-time scorer after Ben Woodburn, equalised with a composed finish and Fabinho’s penalty put them in front just before half-time. 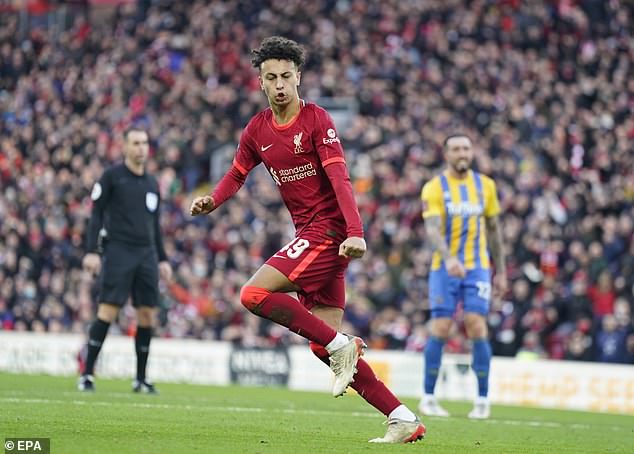 Substitute Roberto Firmino’s backheel was his first goal at Anfield since December 2020 with Fabinho sealing their progress to a fourth-round meeting at home to Cardiff by lashing home the last kick of the game.

‘Kaide finishing-wise is no doubt, his finishing is exceptional but all the rest he is still a kid,’ said Klopp.

‘He has a nose for it. I know he is the second-youngest goalscorer for Liverpool, which is absolutely exceptional, but there is a way to go. 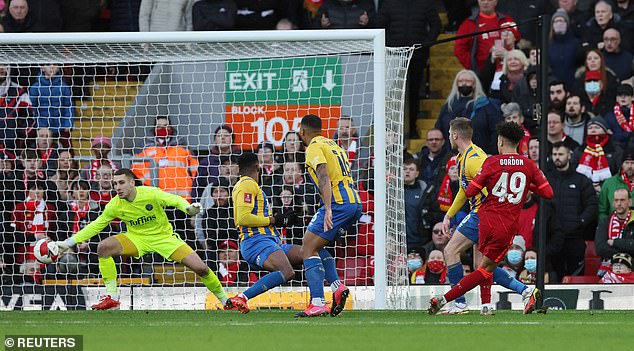 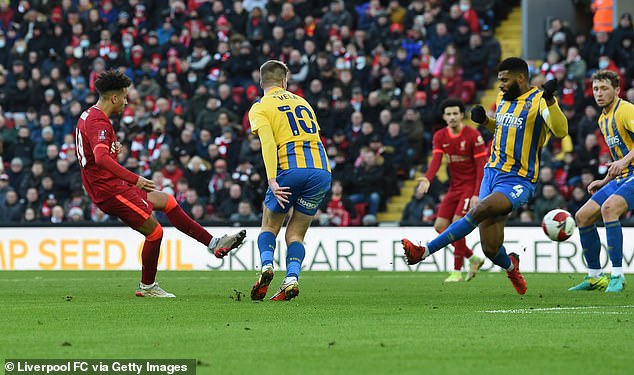 ‘No problem, Kaide has time, he will have his minutes here and there.’

Klopp was back on the touchline after his period of isolation ended but the Covid-19 outbreak within the squad this week which forced a 48-hour shutdown of the first-team training centre had meant selecting a side had been tricky.

In the end five academy players were utilised – having made a combined 15 senior appearances between them – while Firmino and Takumi Minamino were pushed into service as second-half substitutes after only just returning from Covid and injury respectively.

‘This was the team we could line up today and the boys did really well,’ added Klopp.

‘We had last week a proper outbreak and it showed up that we had a lot of false positives but the rules are like they are so all these players who are false positives couldn’t play. 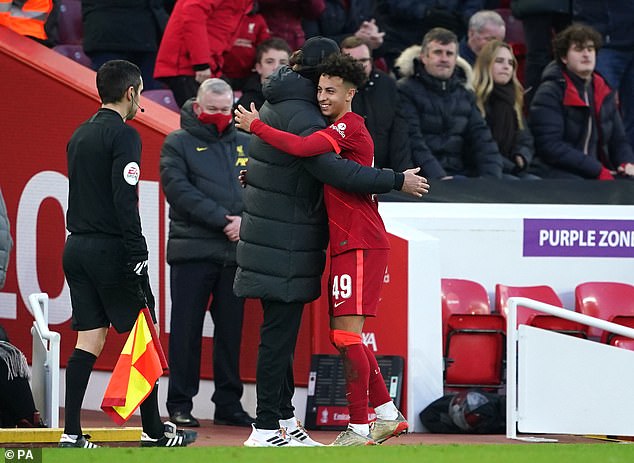 ‘The only real positive came from Trent Alexander-Arnold and all the rest was false positives.’

Klopp also dispelled any concerns midfielder Thiago Alcantara could miss the rest of the season with a hip problem.

‘He didn’t train this week but we expect him to be back to do rehab stuff from tomorrow on and then we will see,’ he added. ‘It is not that he is out until the end of the season, not at all.’

Shrewsbury boss Steve Cotterill felt the scoreline was undeserved even if the result was not. 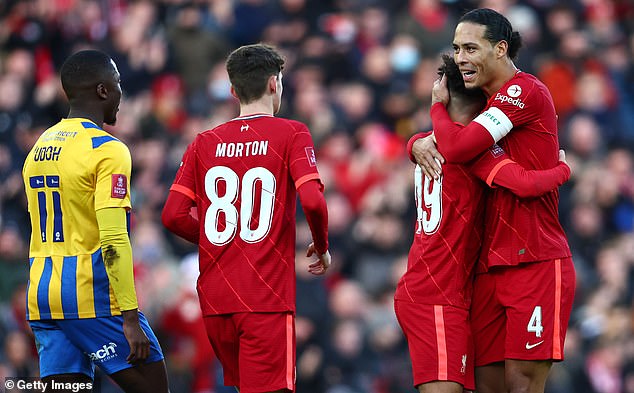 He said: ‘I don’t think it was a 4-1 game, I think it was a 2-1 game but when you look at the starting line-up you have (Ibrahima) Konate, (Virgil) Van Dijk, (Andy) Robertson and it is not a bad base to build on and for good measure bring on Firmino and Minamino.

‘We would have liked to have had a go at them but it was very difficult to get the ball. I think we had them worried for five minutes when we got our noses in front but it didn’t last.

‘Once they got the third goal we probably weren’t going to get back into the game, being a realist.’