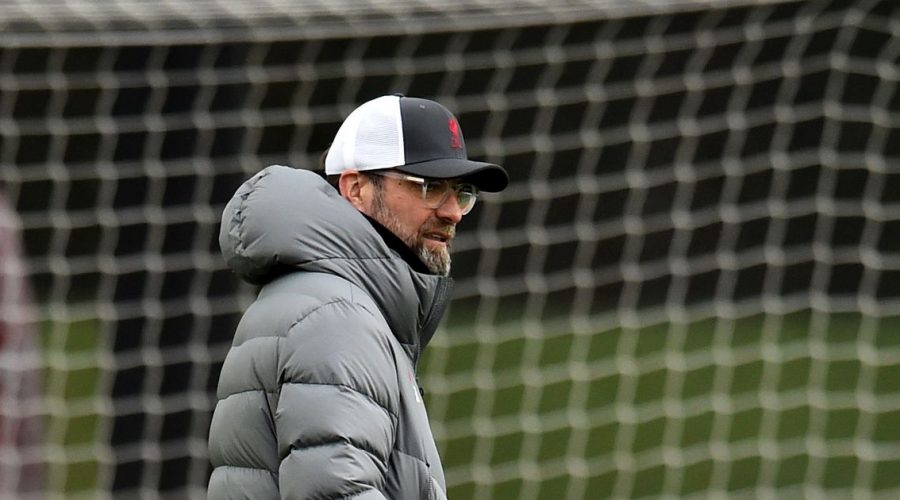 Jurgen Klopp has dropped a big hint he has no intentions of ending his Liverpool contract early amid recent speculation surrounding his exit.

The Reds' boss has committed himself to his role at Anfield until 2024, at which point it is believed he will step aside for a worthy successor.

However, the pressures of managing in the Premier League, coupled with the mountain of problems Klopp has faced this season have opened up the suggestion he may call time on his tenure before then.

Joachim Low's position as boss of the German national team is also playing a part, as he is widely expected to be replaced once his deal expires after the 2022 World Cup.

But Klopp has seemingly given little thought to the prospect of leaving Liverpool anytime soon, judging by his recent comments regarding his 'responsibility' beyond just this season.

Klopp told Sky Sports: "The problem is that football is all about results and if these little things that are better than before do not lead to better results, then people do not want to hear about them.

“If we are winning 15 or 20 games in a row, people listen to me and say, 'Oh my god, what kind of genius stuff is he saying.' When we are not winning games, I can say exactly the same things and people will say, 'Yeah, yeah, yeah, just make sure you win the game.'

"I know that, it is absolutely no problem. I am responsible for this, not only now but for the next few years as well. That is why we will not let this time pass without getting a little bit of a benefit out of it. We cannot prove that now because we are still in the situation. We will have to prove it a little bit later."

All the latest big football stories, transfer exclusives, hard-hitting analysis and unmissable features will be sent directly to your inbox every day.

Despite their struggles this season, Liverpool are still well in contention for a top four spot this season as Klopp welcomes back the likes of Fabinho and Diogo Jota to help with their end-of-season run-in.

But Klopp has also warned of the stark consequences facing his team if they do not seal qualification for the Champions League.

“We all understand this situation – that’s it pretty much,” he said.

Where will Liverpool finish in the table this season? Have your say below.

“It's not that the owners called me and said 'if you don't qualify for the Champions League then this or that will happen', because we are all in this situation together, we all understand.

“The main reason for qualifying for the Champions League was always for financial reasons. For the club it’s about finances and this year is no different. Of course it will be very important. absolutely.

“But that it is so important cannot change things. I hope people still see that we do our absolute best and try absolutely everything to make it happen.”