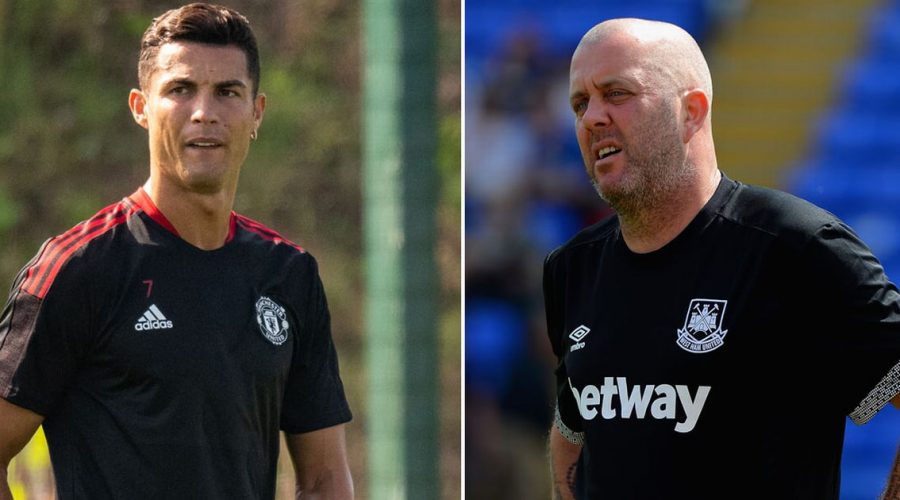 West Ham icon Julian Dicks has admitted that he would loved to have "booted the s***" out of Cristiano Ronaldo had he played against the Manchester United forward.

The former Birmingham and Liverpool defender played more than 160 times for the Hammers in the league across two spells, and wasn't one to shy out of a challenge to say the very least.

Now manager of Heybridge Swifts in Essex, Dicks has admitted that he wouldn't have had a choice but to try and stop Ronaldo by any means necessary had they met on the playing field.

While admitting that the return of the Portugal icon to the Premier League is probably the signing of the summer, he also stated that he hopes the forward will be able to recapture the form he showed during his previous spell at Old Trafford.

Julian Dicks, speaking exclusively to Ladbrokes at its launch of the 5-A-Side Bet on Southampton v West Ham, said: "You can't look past Cristiano Ronaldo when you're talking about the signing of the summer.

"He'll bring a lot of things to Manchester United; he is who he is, he's been there before, he's an exceptional player who looks after himself.

"I personally think we'll get the same Ronaldo now as we saw 10 years or so ago. The fans absolutely love him, and I think we're all just looking forward to seeing him in the Premier League again.

"His arrival gives that whole squad a lift, from the moment he walks through the door at United there's an expectation on him to perform, and he thrives on that sort of pressure.

Will Cristiano Ronaldo fire Manchester United to Premier League glory this season? Give us your thoughts in the comments section

"He'll give the club a massive, massive boost.

"If I was still playing, I'd love to have gone up against a player like Ronaldo, because I'd have just booted the s*** out of him. Luckily enough, when I played, I could do that sort of thing.

"I had no chance of catching some of the quick players I went up against, but I could smash them, so that's what I'd do."

With Ole Gunnar Solskjaer hoping to see Ronaldo make his second debut for the club against Newcastle on Saturday afternoon, the player himself is delighted to have been handed the No.7 shirt by Edinson Cavani.

He said: "I wasn't sure if it would be possible to have the number seven shirt again.

"I would like to say a huge thank you to Edi for this incredible gesture."

September 9, 2021 Soccer Comments Off on Julian Dicks says he would’ve loved to "boot the s***" out of Cristiano Ronaldo
NFL News