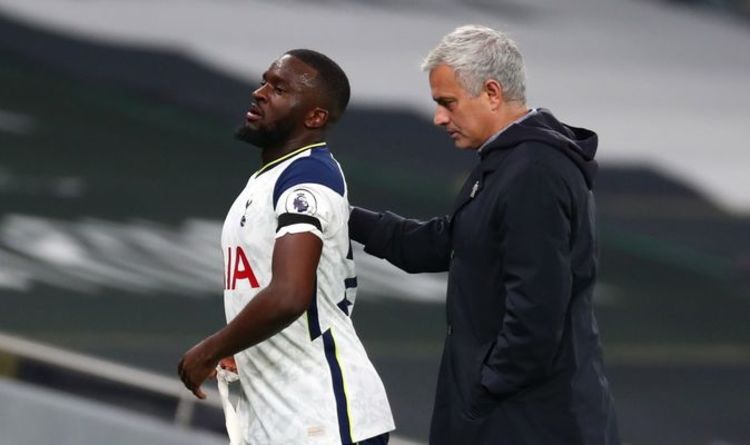 After slowly walking off the pitch and down the tunnel at the weekend whilst Tottenham Hotspur were 1-0 down to Morecambe in the FA Cup to a chorus of boos, it became very obvious that Tanguy Ndombele will be on his way out of North London this month.

The Frenchman has struggled since making the move from Lyon to Spurs in 2019 for £54million, making him the club’s most expensive signing ever.

The midfielder was given yet another chance to get his career back on track at the Tottenham Hotspur Stadium after the arrival of manager Antonio Conte.

However, he has continued to draw criticism.

Sky Sports News revealed that Ndombele is now keen to leave Tottenham, and one of the managers who previously failed to get the best out of the 25-year-old is thought to be interested.

According to TF1, Jose Mourinho has spoken to Ndombele over the phone about him potentially joining his club, AS Roma, on loan until the end of the season.

But Roma aren’t the only Serie A side interested in the midfielder as Napoli are also believed to be in talks with Spurs about a move.

Mourinho has been public about the frustrations of managing Ndombele, especially whilst he was manager of Spurs.

Speaking in April to French TV channel Canal Plus, the Portuguese manager spoke of the difficulties he had with the player which he will not have to overcome, he said: “Tanguy, I have to be honest, Tanguy is the kind of guy who you always expect more than what he gives you because he is so talented that you always expect more.”

“More because the talent is amazing. You know I think by the talent point of view, by the creation in midfield, by the vision, he is second to nobody at this moment in European football.

“But the feeling is always that he has something more to give. He never reaches the limits of the effort, the sacrifice, even the ambition.

“So he is the guy that I love him as a player but frustrates me a little bit because I think he can be much better, much better than what he is.

“He should show that every day in training and in every match.”

Ndombele’s work rate both on the pitch and in training has been the biggest issue that Spurs fans have had with their record signing, seeming disinterested when the ball is not at his feet.

Ndombele could be available on loan or on a permanent transfer.

Spurs are also willing to listen to offers for player swap deals that would see the France international depart, though it is uncertain what clubs may come forward with deals of that nature.

The opportunity to work under a manager who he has worked under previously in a less competitive league could be what Ndombele needs to get his career back on track at Spurs.

However, if he continues to struggle to find form at Roma then it remains to be seen what clubs are willing to take a punt on the playmaker permanently in the summer.