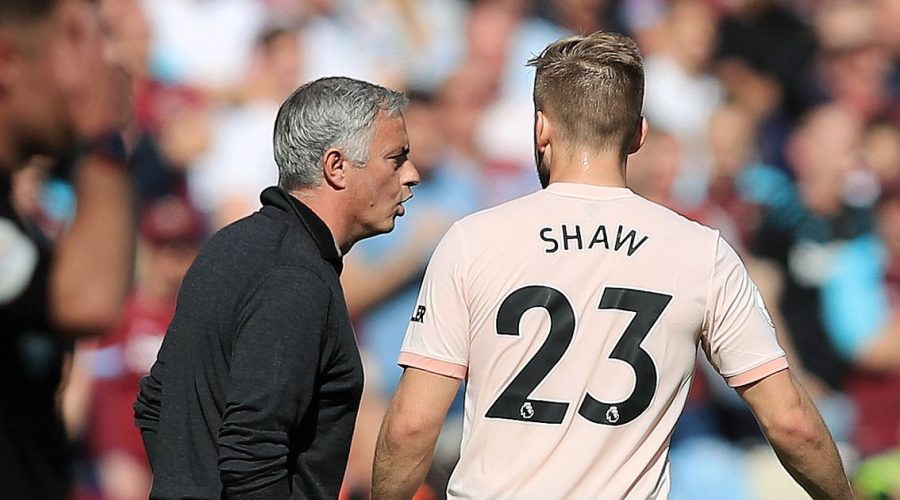 Jose Mourinho has snubbed Luke Shaw again when selecting his left-back for his England team that will take the pitch for the Euros this summer.

The former Manchester United manager and left-back in the Premier League’s Team of the Season worked together between 2016 and 2018 at the Old Trafford club and had a frosty relationship.

Now, in 2021, after a solid season under the management of Ole Gunnar Solskjaer, Mourinho once again hinted at the stained old relationship between the two.

Speaking to TalkSport, where he was discussing the England side ahead of the Euros, Mourinho said: “I think he [Shaw] had a good season, clearly an evolution in terms of emotion, professionalism, but I think Chilwell has something more.”

Shaw’s excellent performances this season earned him praise from fans and peers alike and he even won Manchester United’s Players Player of the Year award – his second since Mourinho’s departure from Old Trafford.

While Mourinho and Shaw worked together, the English left-back often missed games due to injury and fitness concerns, prompting snarky comments from his manager.

After a 1-1 draw against Everton in April 2017, Mourinho said Shaw was using his brain during the performance.

"He was in front of me and I was making every decision for him," said Mourinho.

"He has to change his football brain.

"We need his fantastic physical and technical qualities, but he cannot play with my brain,

"He must accelerate the process. Twenty-one is old enough to have a better understanding. He has a future here but Manchester United cannot wait."

Many felt Mourinho was being too harsh on a young player that missed so much of football, but it wasn’t seen that way by the future Tottenham boss.

Did Jose Mourinho manage Luke Shaw well at Manchester United? Let us know in the comments below.

On his return to form this season, Shaw spoke to the media about the struggles he faced as he became one of the league’s finest left-backs.

"People were saying negative things about me but I just look back at it as a learning curve and something that has improved me as a person off the pitch, not just on it.

"You always have some doubts; I have been very unfortunate to pick up the injuries I have had but I've always believed I can be an important player here.

"You want to be here and showing people what you can do.

“Hopefully I can keep doing that and proving people wrong."

Shaw will go into next season hoping to continue his fine form, while Mourinho will be returning to Italy with capital club AS Roma after being sacked by Tottenham in April.