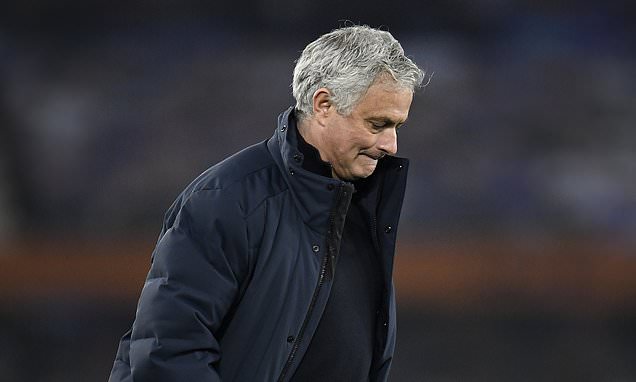 ‘I just laugh’: Jose Mourinho refuses to be drawn on the penalty his Tottenham side conceded in 2-2 draw with Everton, insisting it is ‘very difficult’ for VAR to go against the referee’s call

Tottenham manager Jose Mourinho refused to comment on Everton’s controversial penalty decision in their 2-2 draw in the Premier League on Friday night.

After Harry Kane characteristically gave Spurs the lead following a mistake from Michael Keane inside the Everton box, the visitors at Goodison Park conceded a penalty on the stroke of half-time after a coming together between the left-back and Toffee’s playmaker James Rodriguez.

The Colombian hit the floor after Reguilon collided into the back of him while he was lining up a first-time effort and referee Michael Oliver pointed to the spot. 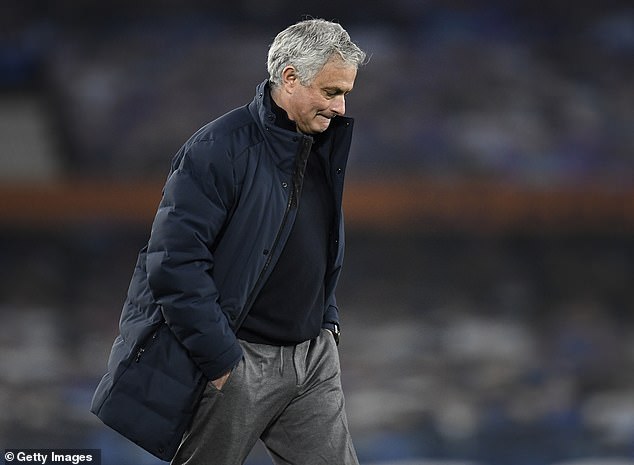 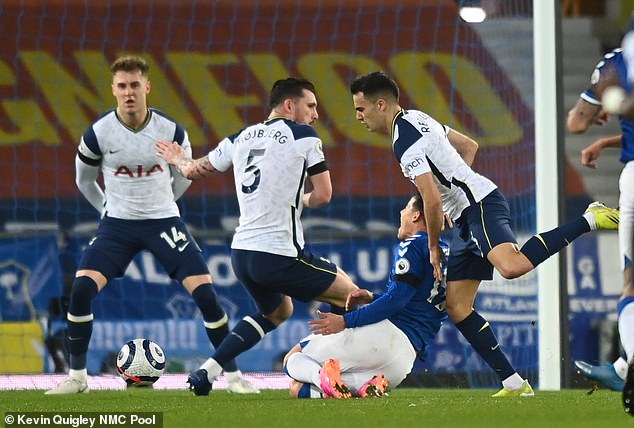 When asked for his opinion on the penalty decision, Mourinho replied: ‘I am not going to comment.’

‘In this moment, so many years and so many experiences I just laugh. This kind of silly smile and I am not going to comment.’

Reguilon did not protest the decision after James Rodriguez fell down in the penalty area and Mourinho said that his Spurs side are not the type to complain to the officials.

‘Because that is the way my team normally is, we are not a team with many complaints,’ he added. 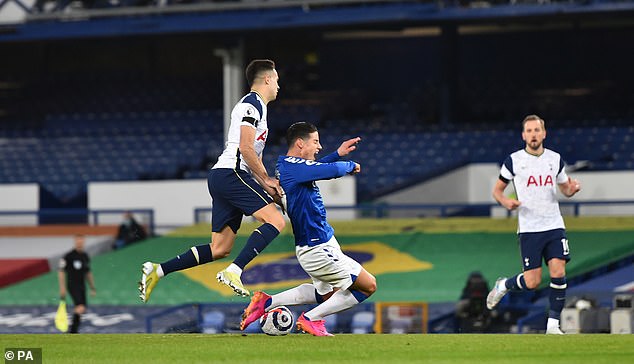 ‘The referee made the decision, I am learning this season it is very difficult for VAR to make a decision to go against the referee’s decision.

‘The same referee against Arsenal, we complain about the penalty and it meant nothing because penalty was still there. Players probably felt the same as I felt.’

Sky Sports pundit Jamie Redknapp believes the Spaniard should have protested the decision from Oliver as there was ‘not much contact’. 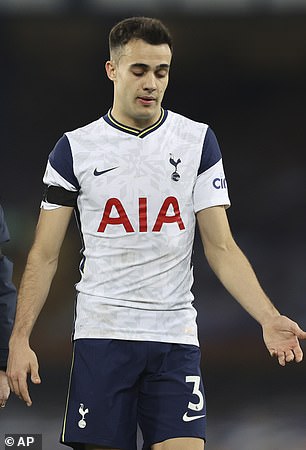 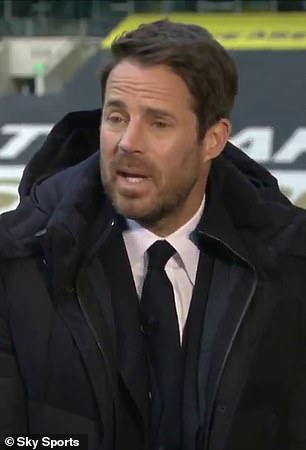 ‘The second angle is the most conclusive for me because of Reguilon’s reaction,’ Redknapp explained on Sky Sports while analysing the penalty decision at half-time.

‘You can’t always trust players because they are looking for anything they can get. Reguilon has come into the back of James, the first thing he does it sort of complain and then nothing.

‘He is dejected, he walks away and not even complaining. You know with VAR you can get in the referee’s face and say ‘have a look at it’.

‘He knows there has been contact, not much but enough. It’s unusual for a player of James’ quality to miss the ball and kick the ground, the reason he has done that is because he has been kicked. A slight touch but it is a penalty.’