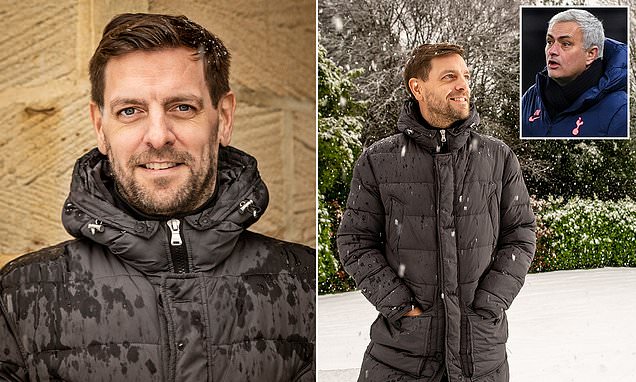 ‘Four points off top and in a cup final, but Spurs fans still moan!’: Jonathan Woodgate hails Jose Mourinho as he eyes a return to the dugout six months after he was sacked by Middlesbrough

Enough snow fell at Jonathan Woodgate’s Teesside residence last week to go sledging with his two young children. Otherwise his days are spent homeschooling or working on the punchbag in his customised home gym and evenings mean football by the fireside.

On Tuesday night, he watched Spurs reach a cup final, particularly enjoyable for the last player to score a trophy-winning goal for Tottenham, against Chelsea to win the 2008 League Cup.

The 40-year-old is aware his lockdown is comfortable compared with most but the itch to return is growing six months after he was sacked as manager of home-town club Middlesbrough. 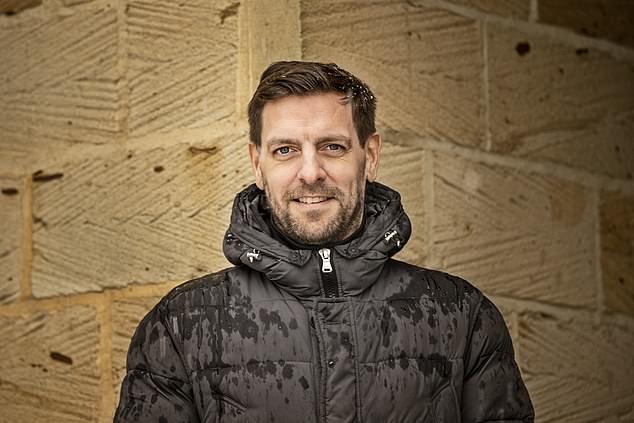 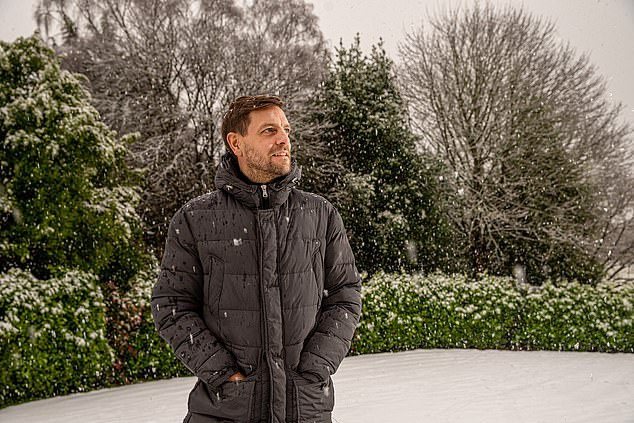 Having spent the first lockdown planning for Boro’s future, they lost their first match after Project Restart against Swansea and the axe came down immediately.

‘I didn’t know it was coming at all,’ says Woodgate, whose stellar playing career included European semi-finals at Leeds and Newcastle and sharing a Galacticos dressing room at Real Madrid with Zinedine Zidane, Roberto Carlos and Brazilian Ronaldo.

‘I got the phone call, seven in the morning on a Tuesday, asking me to come to the training ground. It was a horrible feeling, I was on autopilot driving home but I knew it was difficult for Steve [chairman Steve Gibson] as well.

‘Yeah, I was surprised it came so soon after lockdown. I’d be grafting, doing hordes of recruitment work and believe we would have stayed up. But there is no lasting awkwardness with Steve.

‘I am not a baby and decisions have to be made. Why hold a grudge? He have me the opportunity in the first place. 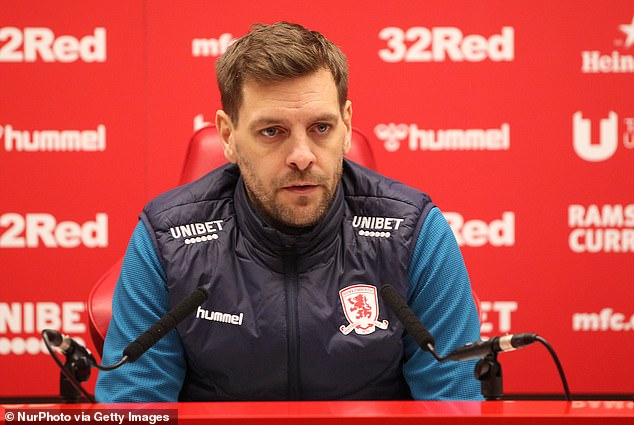 ‘Neil Warnock is doing a good job and I can’t compare with him for experience. He has been in the game 40 years and won four promotions into the Premier League. I have to look for the next challenge.’

Boro were above the relegation zone on goal difference when Woodgate lost his job. If he could change one thing, he would have appointed an experienced adviser in the mould of former Spurs boss Harry Redknapp to work alongside existing staff that included Robbie Keane.

‘Someone with ‘grey hair’ who has been and done it and understands what you are going through,’ he says. ‘I’d had coaching experience but that is different to being a manager.’

If there is any consolation in being sacked by Middlesbrough, it once happened to Gareth Southgate and look what happened to him.

Woodgate is respected within the game and it is significant that when he stopped playing in 2016 he was headhunted by Liverpool sporting director Michael Edwards to join their recruitment team looking at Spanish and Portuguese targets.

However he knows there are no guarantees in football. The climate is always tough and currently tougher because of Covid. 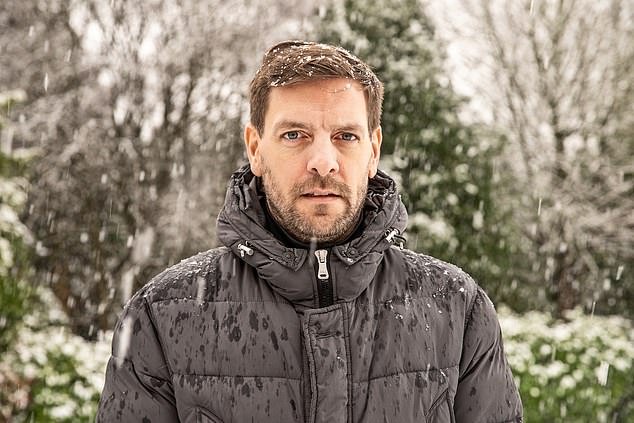 ‘It won’t be easy. I might have to reinvent myself first as an assistant manager or coach,’ he says. ‘I just love football but it does scare me that I might not get a second chance in management because I know I can do it, that’s the thing.

‘Gareth was in a different situation, he’d had three years at Middlesbrough including the Premier League. He did a great job for England Under-21s and was in the right place when Sam Allardyce left. You need things to go in your favour.’

The eight months he spent with Liverpool was the ideal bridge between hanging up his boots and taking a first-team coach’s job at The Riverside, where he served Steve Agnew, Garry Monk and Tony Pulis.

‘I’d always had a good relationship with Michael Edwards,’ says Woodgate. ‘He was an analyst at Tottenham and I spent a lot of time in his office talking about players. He knew I had a passion for it.

‘When I’d been retired for three weeks, he rang and asked what I was doing. To be honest I was bored out of my mind watching daytime TV so when he said ‘Do you fancy it?’, I didn’t even have to think.

‘I loved my time at Liverpool. Michael runs it really well. He has turned the club round, who they’ve bought, the money received from selling players.’ 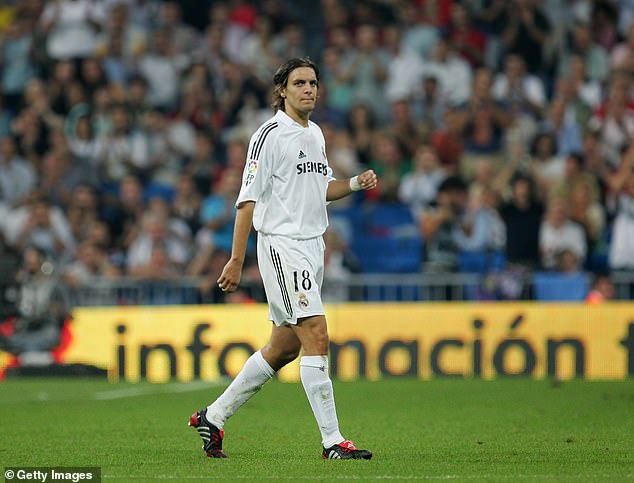 Woodgate, who acclimatised well in Madrid and learned Spanish properly, was a natural fit and enjoyed casting his eye over up-and-coming talents in the region, like Ruben Dias and Diogo Jota, now big-money signings at Manchester City and Liverpool.

He retains a soft spot for Spurs as well and has no problem if his reign as the club’s last trophy matchwinner ends after 13 years. If it’s safe, he’d love to take his son to Wembley to watch the final against Manchester City on April 25.

‘I want Spurs to win a trophy. I hear the fans moan about the style of football but they are four points off the top of the Premier League and in a cup final, what more do they want?,’ he says.

‘They are playing counter-attacking football but winning games. Would they prefer not be in a final playing really good football? Players as well, they want to win trophies.

‘It will be tough against Man City but if you want any manager behind you to play in a cup final, it has to be Jose Mourinho.

‘At some stage I think he will win a cup competition there. He always plays good teams in the League Cup because he realises it’s another trophy in his locker. It’s clever. I wish when we had our good young team at Leeds, we’d have taken the cups more seriously and played our top team because there was a chance of winning a trophy.’ 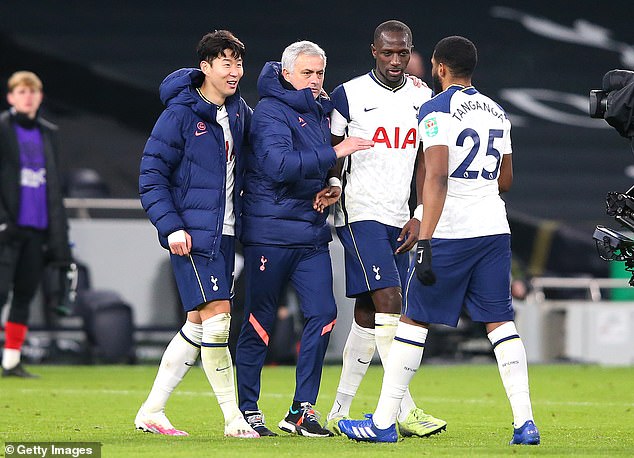 Ironically it was a year ago, FA Cup third round time, that Woodgate came up against Mourinho himself, Tottenham beating his Boro side 2-1 in a replay. ‘We spoke briefly and he said we’d played well, made some good substitutions,’ says Woodgate.

Looking further ahead, he’ll be keeping a close eye on England’s prospects at the delayed Euro 2020 next summer. His own international career was restricted to eight caps by injury but there is one centre-half he particularly hopes is on Gareth Southgate’s teamsheet.

‘For me, John Stones is the best centre-half in the Premier League at the moment,’ he says. ‘Him and Dias are like having two Rolls-Royces in the garage at Manchester City.

‘He’s an outstanding centre-back, he could play in the Real Madrid team, Barcelona. No doubt about it because he is that good.

‘He is unbelievable on the ball, can defend, head it, quick. I think he has to be in the England team, the first centre-half. He’s a similar stature to myself but I think better. Everyone will have their own opinion.’

After the relentless nature of management — ‘leave the house at seven, back at seven’ — he has enjoyed the down time playing Dad and thinks lockdown has helped post-Middlesbrough, even to the point of his children avoiding getting stick at school because of him losing his job.

But the first couple of CVs have been dispatched looking for the next challenge. Until recently he was able to go to local boxing gym to work out. ‘Working hard, getting a sweat on, bantering with the lads around, it was like being back in a football dressing room,’ he says. He hopes at some point soon he’ll be able to experience the real thing again.

January 9, 2021 Soccer Comments Off on Jonathan Woodgate hails Jose Mourinho as he eyes a return to dugout
NFL News