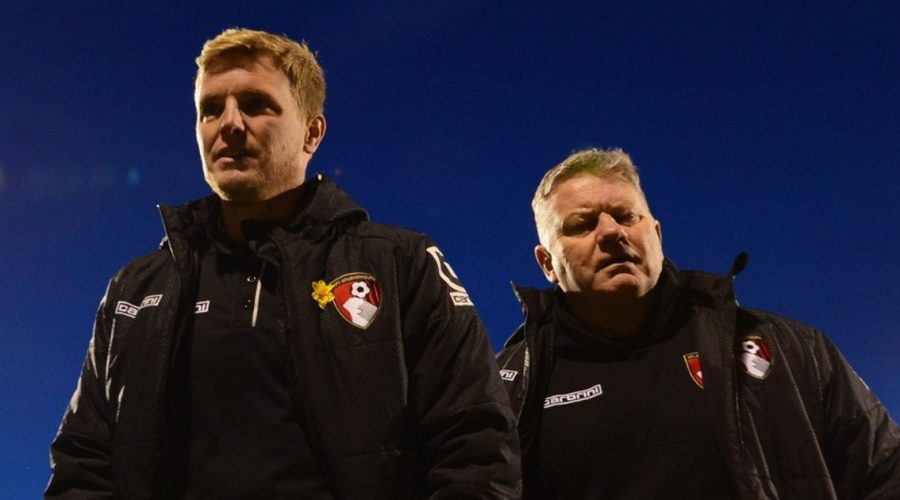 John Yems had his own reasons to be happy when Crawley Town drew Leeds in the FA Cup.

“I remember dirty Leeds, the 70s and being a hard team to play against,” said Yems. “Now, they play some lovely stuff and it’ll be great to play a manager who is even older than me!”

Bielsa is 65, Roy Hodgson, 73, and Neil Warnock, 72, are older but this tie is also all about the magic of the cup when the giant killers host the big guns and there is a chance of an upset in front of the TV cameras.

Yems is one of English football’s great characters, everyone in football knows him, he has coached everywhere from Bournemouth to Grays Athletic. Exeter, Torquay, Gillingham and the rest.

But this spell at Crawley is a chance to be a manager in his own right and is proving that there is no substitute for experience. They have one of the smallest budgets in the League and yet are in the play-off places and he has been nominated for Manager of the Month.

It has been a long time coming for Yems but also a long journey after feeling badly let down by Bournemouth after helping them get into the Premier League during his six-and-a-half year stint with Eddie Howe.

Yems, by his own admission, had a breakdown after being axed by Bournemouth in 2018 and has suffered from depression. He has just recovered from a virus, Labyrinthitis, which “knocked him sideways” and kept him out of the dugout for a couple of games last month.

Yems said: “I was Mr Angry after what happened at Bournemouth. I wouldn’t have employed me at the time. Thinking everyone would give you a job for the work you’ve done at Bournemouth with Bournemouth telling people I didn’t have much to do with it.

“I walked out of the cub after six and a half years, going from League One to the Premier League with £3,800 redundancy. I was out of the game for a long time and I made a promise to myself never to treat anyone I knew like that.

“I still don’t think I’m over it. I was so disappointed by being let down by people who I thought were friends. I still speak to Eddie and we’re friends. I trusted and thought more highly of the hierarchy than they obviously thought of me.

“It’s been an incredibly tough year or so but, with what’s going on in the world, we still get to go to work and play football. The players would rather play than train so, even though we’ve had a lot of games, we’ve been determined to keep going.”

Yems has built a strong team around him, assistant Lee Bradbury is hugely influential and a rock while top scorer Max Watters is attracting huge interest in the transfer window.

“I think Max is Premier League,” said Yems. “He reminds me of Ian Wright, his enthusiasm to play and the way he is. He’s got a real hunger. He’s a good kid, good family.”

Yems underwent Covid testing this week as all the players are but is annoyed that the EFL has been treated so differently from their Premier League rivals.

“No-one wants to pay for it and clubs at our level have no crowds, no money to pay for it and yet we’ve been warned getting a £50,000 fine and 15 point deduction. I think the stress of it all probably brought on the virus I had, to be honest,” he said.

Yems has also become a YouTube sensation this season for his blunt post-match interviews. When asked about one substitution at Exeter, he replied: “Do you think I give a monkey’s what people think?” It is up to two million views.

He laughs: “I went viral! Maybe I wish I could be false, say the right thing but I tell it how it is and I’ll never stop doing that. When fans get the hump because they thought I was having a go at them. It wasn’t that – I was telling the directors to mind their own business!”

But Yems is hammering home the message to his players ahead of Sunday that this could be a game when reputations and careers are made.

Yems added: “There’s a great buzz around the place. It’s the players’ day. I’ve told them that it’s the day when careers are made. Go and have a good game and make your reputation. What an incentive. It’s all live on the BBC, but I can’t even get my haircut to get ready!”

January 7, 2021 Soccer Comments Off on John Yems opens up on Bournemouth exit as he prepares for Leeds United test
NFL News