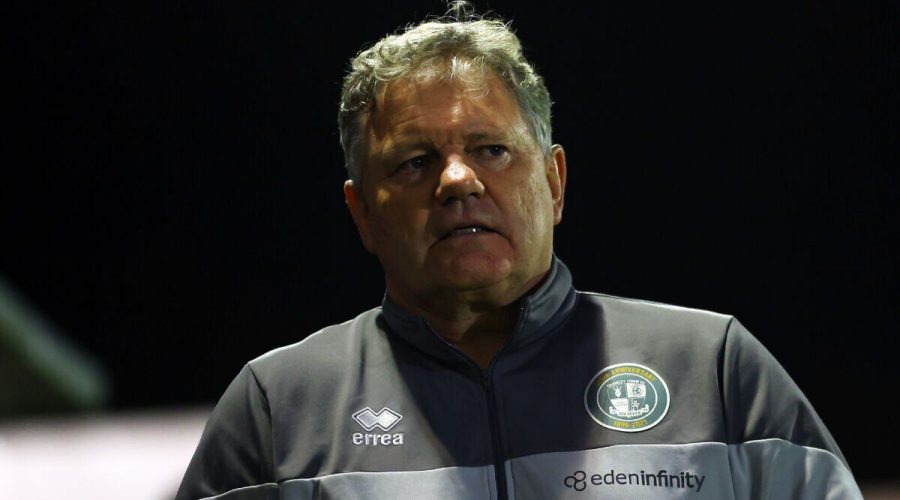 Former Crawley boss John Yems claims he is owed an apology, despite being found guilty by the FA’s independent panel of discrimination while in charge of the League Two club. Yems was hit with an 18-month ban from football earlier this month after admitting one charge and being found guilty of 11 other incidents of discrimination during his time as Crawley boss between 2019 and 2022.

An FA commission concluded that Yems had told Muslim players “your people blow up stuff with vests,” saying that an Iraqi youth international “would probably blow up the stadium.” And he said to another player about “carrying a bomb in his bag.”

The ex-Bournemouth first-team employee was also found to have intentionally mispronounced the second part of Arnold Schwarzenegger’s name to make it sound like the word “n*****,” as well as remarking to one player “how dark his skin is” after he had travelled to play for Grenada.

“I would say to you, have a look that I wasn’t found to be racist, never used racist language with intent. If anybody needs an apology then I think I do. The amount of abuse I’ve been getting when people haven’t even had the courtesy to ask me. I don’t think anybody has looked at the case with any open-mindedness. I think if you are going there then there should be a few apologies coming my way.”

“Some of the things I’ve been accused of saying, to me, okay some have said I used old-fashioned language. I totally agree, if that’s the case then that’s the case. It so easy to throw accusations and if you throw enough mud then some of it will stick. I find that very offensive for people to say I’m racist.”

And when quizzed about whether he believes he’s done something wrong, Yems replied: “No, the thing I’ve done wrong has been highlighted to me and has shown me there are certain things you can’t say or do. So be it.

“If that’s the rules now and that’s what we are supposed to do then let people know. To me, it’s the intent with what people say. I haven’t purposefully gone out there, individually, to say to someone XYZ, purely on the colour of their skin.”