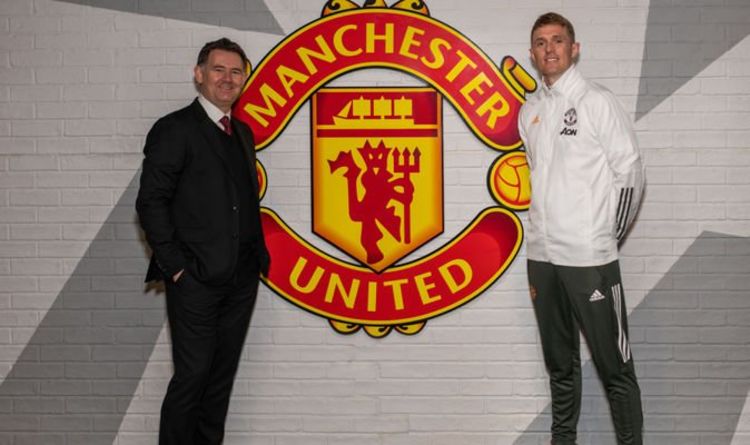 Manchester United’s director of football John Murtough is being well-received during his first transfer window in the role, according to reports. The Jadon Sancho transfer saga looks to have been pushed over the line, while the Red Devils are also closing in on a number of other targets which could make them a very different proposition ahead of next season.

Murtough was promoted to the role of football director in March of this year, after spending time as head of football development.

Upon his appointment as United’s first ever director of football, the Liverpudlian described it as ‘an honour’ to oversee the club’s football department, after joining from Everton in 2013.

According to sources close to the Manchester Evening News, Murtough has impressed during his meetings so far and maintains a good relationship with the club’s players.

But his role is not solely to contribute to transfer business, he has been described as a ‘fixer’ and a ‘leader’ in United’s boardroom.

Other individuals still play significant roles in player recruitment, including Ole Gunnar Solskjaer himself and Matt Judge, the director of football negotiations.

So far this summer, the United boardroom have brought in England international winger Jadon Sancho on a £72.6million deal (plus add-ons).

The signing called time on a transfer saga which had been running since last summer, reflecting well on Murtough as United could not see the deal through in 2020.

With Sancho soon to be posing with the United scarf, the club have moved onto a number of other targets in what has been a busy summer so far.

DON’T MISS
Clive Tyldesley on Euro 2020 – ‘Small part in those historic moments’
Boris launches bid to bring 2030 World Cup to Britain with Ireland
England shirt: Where to buy an England shirt ahead of Denmark clash

After identifying a shortlist of potential defensive signings, a deal for Raphael Varane now appears to be progressing well.

Some reports have claimed that the Madrid defender is closer to joining United than he is to renewing his deal at the Bernabeu.

Finally, Eduardo Camavinga has been on a number of clubs’ most-wanted lists this summer, including the Red Devils.

If Sancho and Varane are considered likelihoods, the 18-year-old remains more of an aspiration as the likes of PSG are set to give the Frenchman an opportunity to continue developing in his homeland.

Still, if Murtough and co. could get two, or even three of those deals over the line it would constitute a sensational summer of business for United.

According to those close to the Old Trafford boardroom, they have the right people at the helm to make it happen.