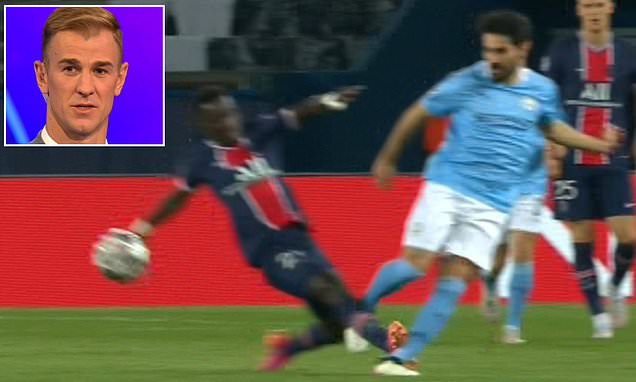 PSG lost their discipline during the second half of their Champions League semi-final first leg and Gueye was shown a straight red for an awful challenge on City’s German midfielder.

Gueye caught his opponent on the back of the ankle with his studs. It was a late challenge from behind and Gundogan needed treatment before he could continue at Parc des Princes. 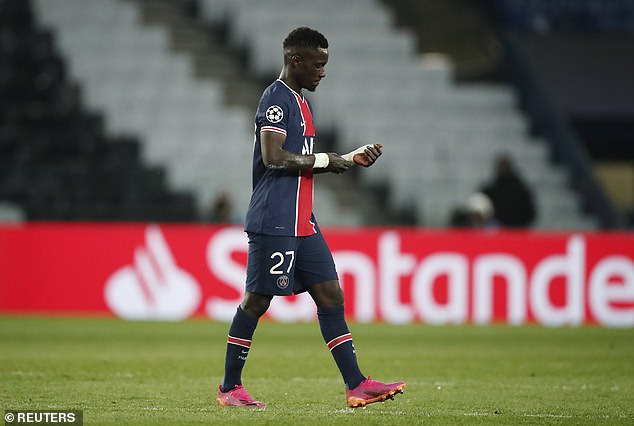 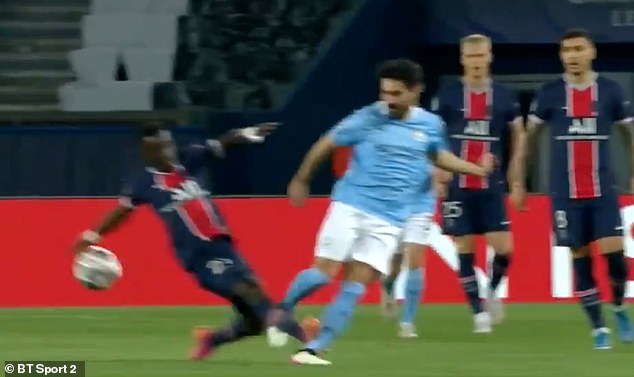 Gueye flew into a tackle with City midfielder Ilkay Gundogan that was ‘needless’, says Joe Hart

Gueye will now miss next week’s second leg at the Etihad and Hart, who won the Premier League title twice with City, was less than impressed with the former Everton midfielder’s tackle.

Speaking on BT Sport, he said after the game: ‘I think the frustrating thing is it is needless.

‘He got caught up in emotion of the game.

‘He got it all wrong and it’s a good job it did not do what they we feared it may do.’

‘It is not malicious, just really poorly timed, a very nasty one. It was an easy decision.’ 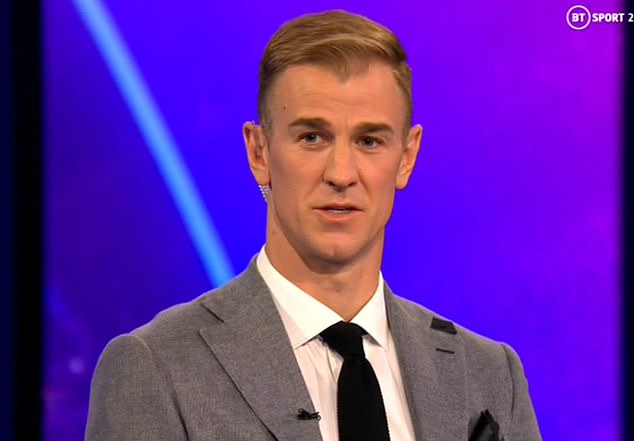 Gundogan was inundated by social media messages from City fans asking if he was okay as they look to win the Premier League and Champions League in the coming weeks.

In response, the 30-year-old posted: ‘I’m fine. All good. Thanks for all your messages’.

City produced a superb second-half fightback to claim a 2-1 advantage after the first leg of their last four encounter.

The Premier League leaders were stung by an early Marquinhos goal as the hosts dominated the first half of a high-quality encounter at the Parc des Princes.

They responded brilliantly with Kevin De Bruyne equalising after 64 minutes and Riyad Mahrez firing home a free-kick soon after.

PSG lost their discipline as City threatened to score more in a strong finish. Phil Foden and De Bruyne both had late chances to put City in complete command but PSG escaped further damage.

April 28, 2021 Soccer Comments Off on Joe Hart hits out at Idrissa Gueye for his tackle on Ilkay Gundogan
NFL News