Somewhere in Belfast City Airport, waiting for a delayed flight back to London, Joe Cole is sat down, reminiscing.

We’re speaking over the phone, but I picture him with his eyes closed as he recalls the feeling of standing in front of an opposition defender, making a series of split-second decisions on just how to leave them stranded and stupefied.

“I loved the sound when I used to get the ball and start doing something,” he says. “You’d hear the seats click back as the people stood up. The anticipation. In them old-school stadiums with the wooden seats, you heard it more. I loved that sound.”

It can be argued that Cole, now 39, has never received enough credit for his abilities. During his prime, they were as captivating as any possessed by an Englishman from his generation. In fact, it feels like it took the FA 15 years to figure out how to produce a player remotely like a Joe Cole, and they certainly can’t take credit for the original – for the style and guile with which the former England, Chelsea and West Ham winger graced the pitch.

“I was a unique footballer in my era, because I didn’t get coached,” explains Cole, who also represented Liverpool, Lille and Aston Villa among other clubs, in a 20-year playing career that ended in 2018. “My journey was literally from the playground to the Premier League within five years. And I was at a place in West Ham where they didn’t try to stifle me. 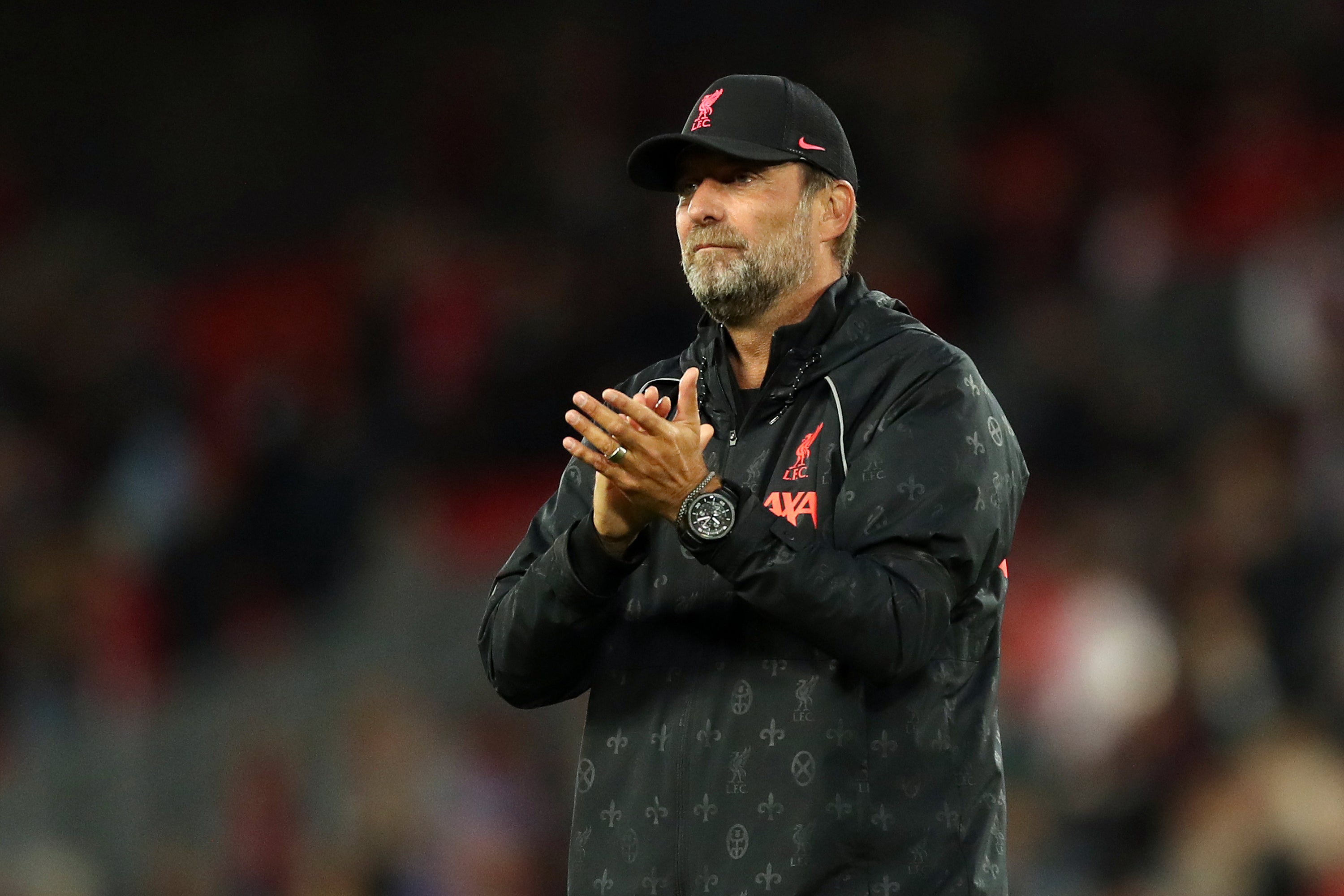 “But the system was broken for many, many years. I had an instinct about that when I was playing – even from 15 years old, when I first started playing for England. The coaches were asking me to do certain things, and I just thought: ‘This isn’t right.’

“It used to be 4-4-2, percentage football, big, strong players. Then in the early 2000s, the academy system started to evolve,” adds Cole, now a youth coach at Chelsea and arguably BT Sport’s most insightful pundit. “Now we’re respecting players who can handle the ball and play with both feet, it’s starting to bear fruit. They’re coming through at an unbelievable rate – Jack Grealish, Phil Foden, Mason Mount, Jadon Sancho, Jude Bellingham, James Maddison, Callum Hudson-Odoi – technical players that would be the envy of the Brazilians and the Spanish.”

And so the 15-year-old Cole’s instincts were proven correct. Back then, he was approaching his eighth year in West Ham’s academy. He was just months away from his senior debut.

Cole would play alongside the likes of Rio Ferdinand, Frank Lampard, Paolo Di Canio, Michael Carrick and David James at the east London club, before being named captain at 21 years old. He later declined a new contract to join Chelsea – a part-assembled juggernaut – after one of the most talented squads in Hammers history suffered the most remarkable of relegations in 2003.

In light of Grealish’s emotional exit from Aston Villa and Lionel Messi’s tearful Barcelona farewell, it is impossible not to ask Cole about his feelings around leaving a relegated West Ham for Chelsea, where he would go on to win three Premier Leagues, two FA Cups and one League Cup in seven seasons.

“It happens so quickly and there’s a real emotional thing,” he says. “I could see it in Messi’s face actually, in both the Barca and PSG conferences. When you’ve been at a club since you were a kid, it’s a big part of your life; you know everyone, you know every nook and cranny. But there comes a time when…”

Cole exhales. “Grealish is a lot older now than I was when I left West Ham, but in a similar situation – captain and whatnot…”

This time, it almost sounds like Cole is squeezing the words past a lump in his throat. “On one hand you have the sadness and the fear of leaving where you love and want to be and your family, on the other hand is an excitement for what the future brings.”

I ask whether he would have rather stayed at West Ham, if only the club could have matched his talent and ambition.

“We’d have loved it,” Cole says, grouping in the other England players that left before him to win Premier League and Champions League titles. “All of us sometimes talk about it. If the recruitment and the vision would have been better and more structured at the time, we could have built something incredible there.

There’s now a hint of desperation in Cole’s voice, as if he is reliving the emotions around his own exit. What follows is a stream of consciousness so deep I worry he’ll miss his flight. 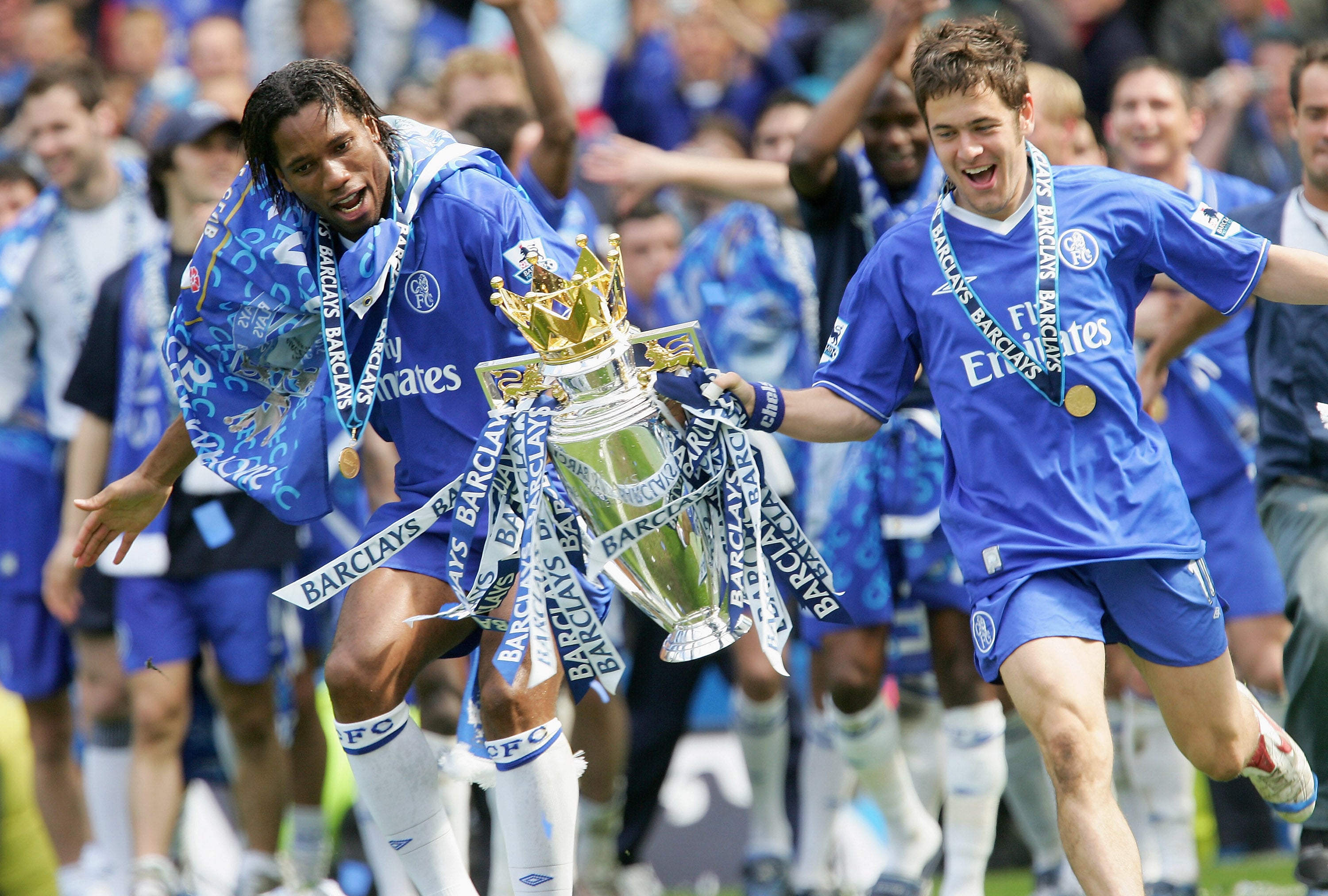 “I hear a lot of this word from fans, they’re talking about ‘loyalty’ and all that. But what I want to say to the fans is, they tug on the ‘loyalty’… I’ve watched my apprentices line up outside an office to be told they’re not wanted. Do you know what I mean? Lads that have been at a club for years, from under-10s. Just that ‘thank you, but no thank you, your road’s run.’ Then there’s no… it’s a ruthless business, football.

“So loyalty, unfortunately, is reserved for the fans. What the fans can expect from players, though, is: Did they give their all for the fans when they were there? That’s the only ‘loyalty’ – loyalty and respect to the fans and the players who did it before you. And West Ham fans, that’s the players that they love.

“But you’re not a proper footballer unless you try to see what you’ve got and compete at the highest level,” Cole continues, defiantly. “I remember some players who stayed in their comfort zone, it’s not something that I could understand.

“You know what fans don’t understand as well?” Cole starts, as if he’s been bottling up the next sentiment for years, and sounding almost guilty for voicing it with such frustration: “When I watch football, I have an affinity with West Ham and I have an affinity with Chelsea. The West Ham fans will have seen me jumping around when Chelsea won the Champions League, but if that had been West Ham in the Europa League, I would have equally loved being in that moment.

“Fans can’t comprehend that – it’s alien to them, they can’t get their head around it. When you’ve played the game and have an affection for both clubs, and you’ve got friends on the pitch, that emotional connection… that will never leave me.”

It’s worth saying that you’d struggle to find a West Ham fan, or human being in general, that does not still adore Cole, who returned to the club for a season in 2013. If his frustrations are aimed at any supporters of the club – as opposed to fans in general who turn on departing players – then they are aimed at a select few and stem from a feeling that those in question fail to recognise his genuine affection for West Ham. 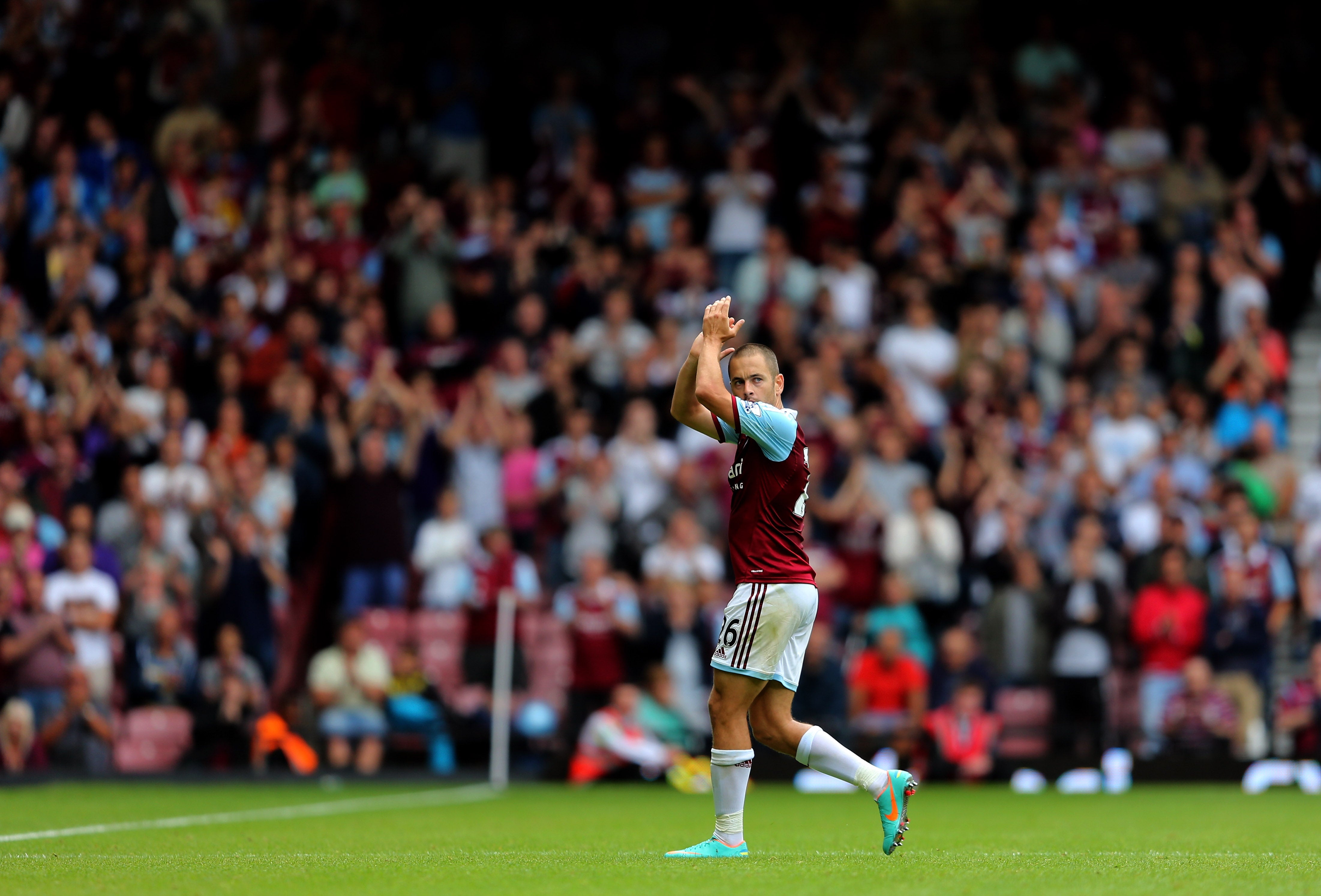 Cole returned to West Ham for a season in 2013

Indeed, his earlier reference to a hypothetical Europa League triumph leads us onto the club’s upcoming campaign. Chiefly, what West Ham must do this season to balance domestic progress with their first real European venture in 15 years.

“First of all, I think they need to recruit,” Cole says, though time is running out for the Hammers. “David Moyes has done a terrific job, but I’m stunned that they haven’t been able to get the Jesse Lingard deal done – I can’t fathom that.

“I’m stunned that they’ve not done business early and tried to build on their momentum. You don’t want a fire sale, trying to get bodies in. West Ham need to be better than that.

“On the other hand, I’d like to see the younger players, the academy players. I looked at my other club, Chelsea, in the Super Cup, and Trevor Chalobah was outstanding. You don’t have to produce Mason Mounts – proper geniuses – because they’re in short supply, but I’d like to see West Ham consistently bringing young players through. 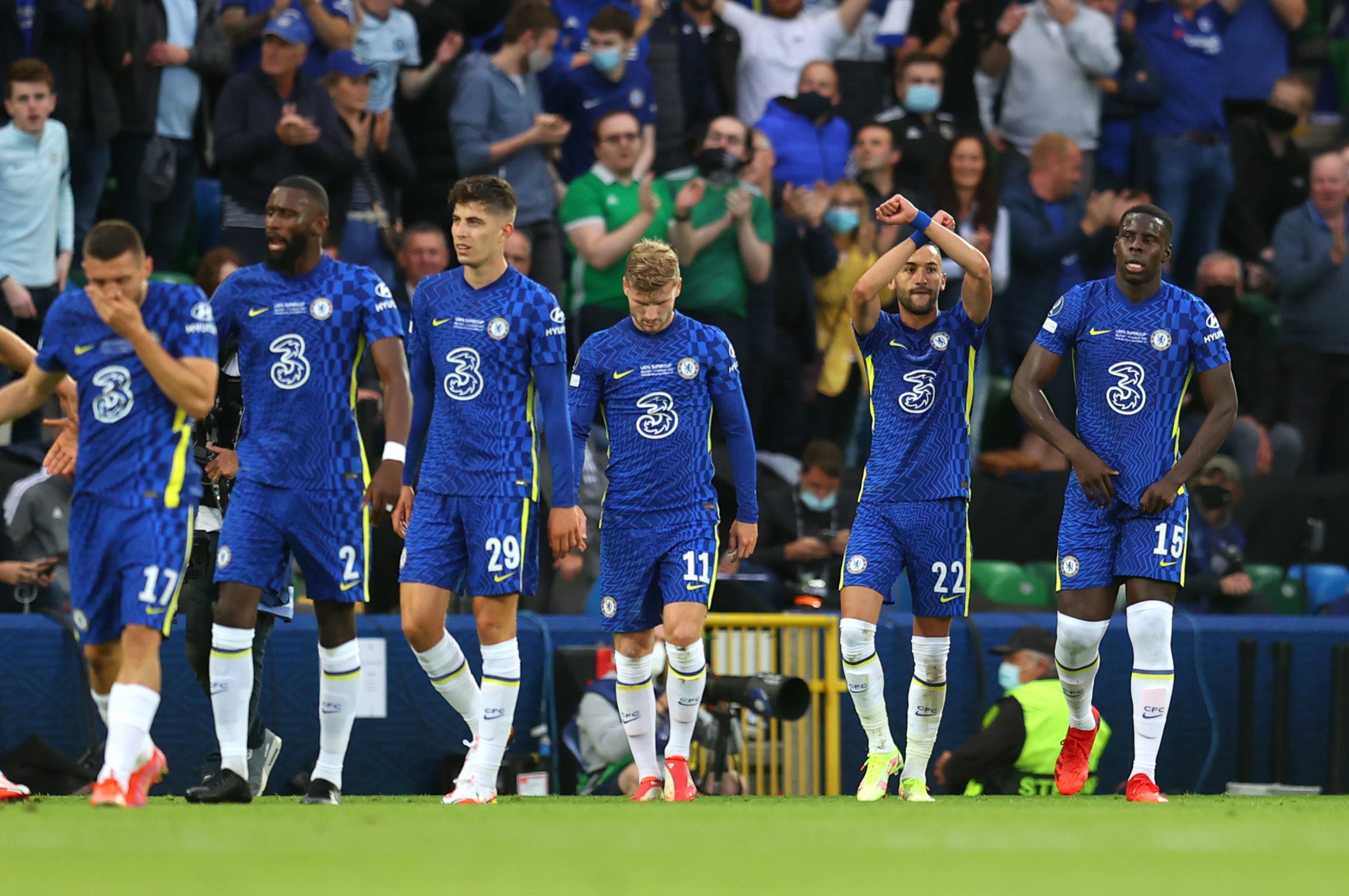 “They don’t have to be Rio Ferdinands or Frank Lampards, but they can be that next row down as part of your squad – five or six of them. I think West Ham need to get back to that.”

New Hope. Be part of it all. BT Sport www.bt.com/sport

August 14, 2021 Soccer Comments Off on Joe Cole: ‘I’ve seen lads line up to be told they’re not wanted – loyalty is reserved for the fans’
NFL News