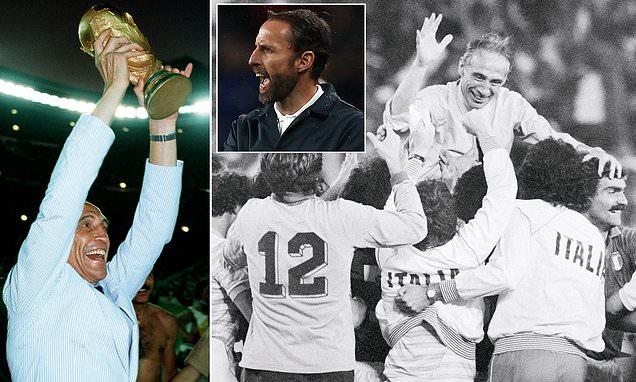 JEFF POWELL: Enzo Bearzot was mocked, ridiculed and SPAT at despite being a revolutionary in charge of Italy… Gareth Southgate can learn a thing or two from the Italian’s road to World Cup glory in 1982 (despite just TWO points in the group stage!)

If Gareth Southgate is feeling even slightly miffed by the underwhelming appreciation of his management of England’s World Cup team by the critics he may care to read of the abuse withstood by one Enzo Bearzot 39 years ago.

And think himself fortunate in the extreme.

On his way to world-wide recognition as a football genius this refined Italian gentleman was labelled everything from an idiot to a madman to a traitor in foot-high headlines on the front pages of his country’s national newspapers.

Comedians made mockery on Italian television and impersonators portrayed him as a babbling buffoon. 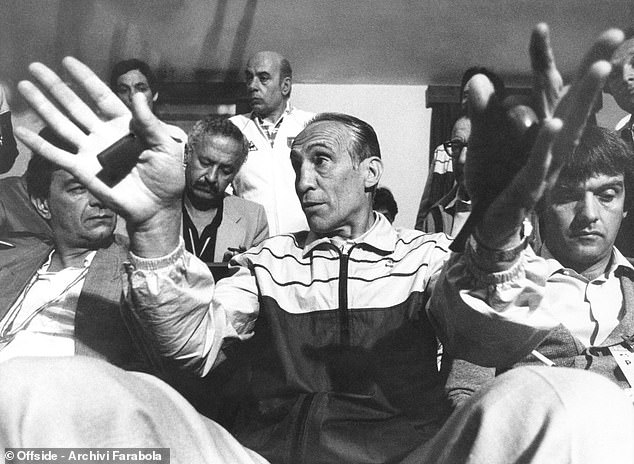 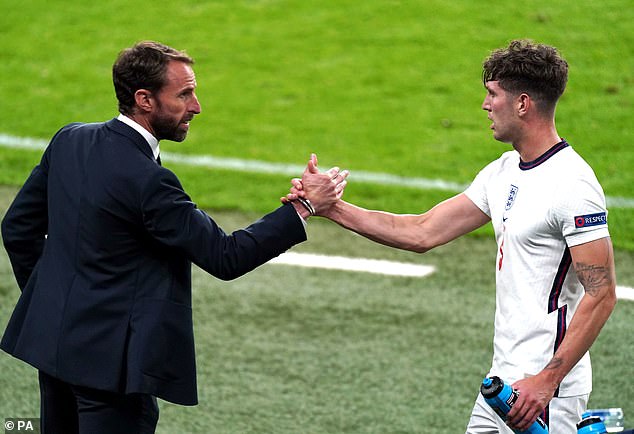 The public bought into the humiliation by screaming for him to be sacked, if not worse.

Bearzot’s crime? In making desperately hard work of their group in the 1982 World Cup Finals the Italians scored but two goals in three draws – against Poland, Peru and Cameroon.

Yes, Gareth. Through on just two goals. Albeit less points than England now.

This was enough for Italy to qualify for what was then a second round of three-nation groups but nowhere near sufficient to appease their media.

As the manager led his pilloried players out of their hotel on the morning after the third match, the so-called pride of Italy’s journalists were lining each side of the driveway leading to the team bus.

As Berzot walked by, I was among the observers as they spat at his feet. Charming.

Worse, far worse was expected as they were drawn next against Argentina and Brazil. So to shield his players from further damage to their crumbling confidence Bearzot took the immediate press conferences upon himself. Alone.

Tougher, far tougher than for his rivals, he was trying to win a World Cup in the teeth of scandal. Even as he was striving to transform the ultra-negative mentality which pervaded Italian football.

The tournament had come amid revelations of bribery and match-fixing in Serie A, with several of his squad under investigation. Talismanic striker Paolo Rossi among them. 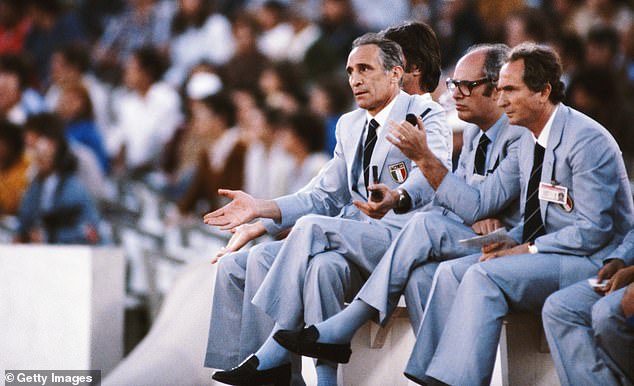 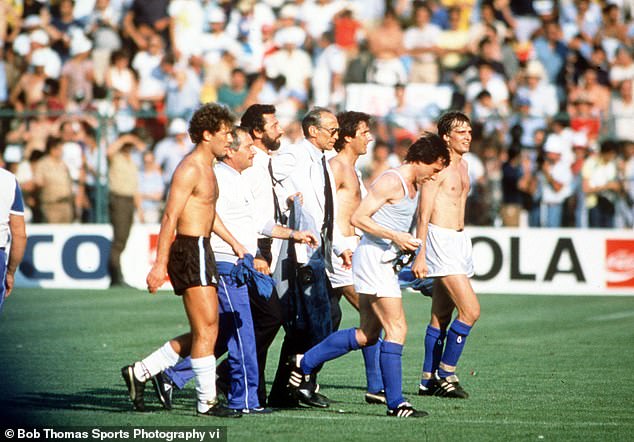 Bearzot fought mightily for Rossi’s release from court proceedings back home, vehemently proclaiming his star’s innocence. How richly this little will o’ the wisp would reward him.

For the time being, as he held the wolves at bay in Spain, Bearzot turned the hostility against the team to advantage. For months, years even, he had been encouraging his players to abandon the restrictive syndrome rooted in Italy’s long-held catenaccio obsession with a sweeper as an extra defender.

This had been proving a painfully slow process but in the midst of this ultimate crisis he told them it was ‘now or never.’ That it was time to ‘cast off the shackles.’ To ‘express’ their fabulous talents. To ‘salvage their reputations’. Or quite simply, with nothing left to lose, to ‘go out and play.’

Within the context of the miraculous revolution which transpired, Bearzot continued to arm his squad with the deepest insights into each opposing team along with astonishing changes of formation and tactics so as to best exploit weaknesses in their rivals. 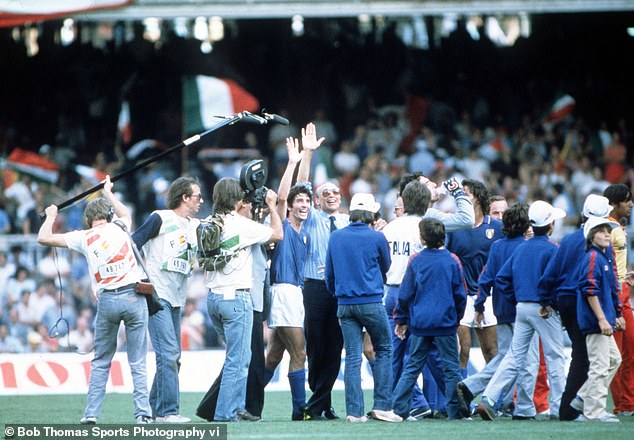 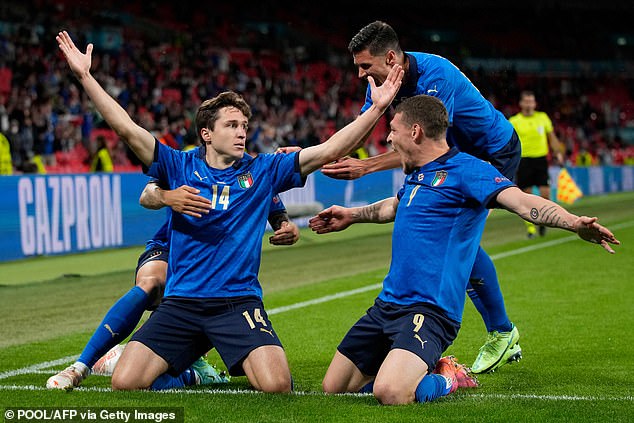 Then, in the Match Of The Tournament by a dazzling distance, a Brazil replete with the brilliant likes of Falcao and Socrates were out-gunned 3-2. Rossi scored a hat-trick. Championship favourites Brazil could equalise only twice before Planet Football rose to roaring salute of Enzo’s Italians.

It was no fluke. Poland stood little chance in the semi-final. Come the final in the Bernabeu the might of West Germany were out-played, having been out-thought by Bearzot’s unexpected release of his full backs to play as attacking wing-backs.

Italy were three up before Paul Breitner scored an 87th minute consolation goal for the bewildered Germans.

Bearzot went home a hero and to manage his now-enraptured nation a record 104 times, becoming universally acclaimed as a maestro of football strategy and professor of psychology and motivation long before his death in December 2010 at 83.

All of which makes nonsense of lazy claims – mostly from those who seem to think that football did not exist before the birth of the Premier League – that Euro 2020/21 is witnessing the first exciting, attacking Italian team of modern football times. 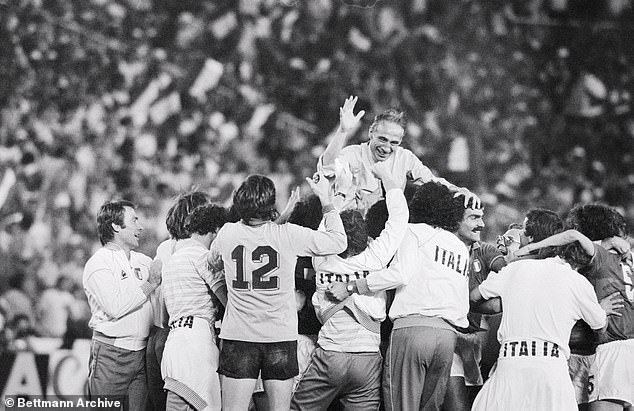 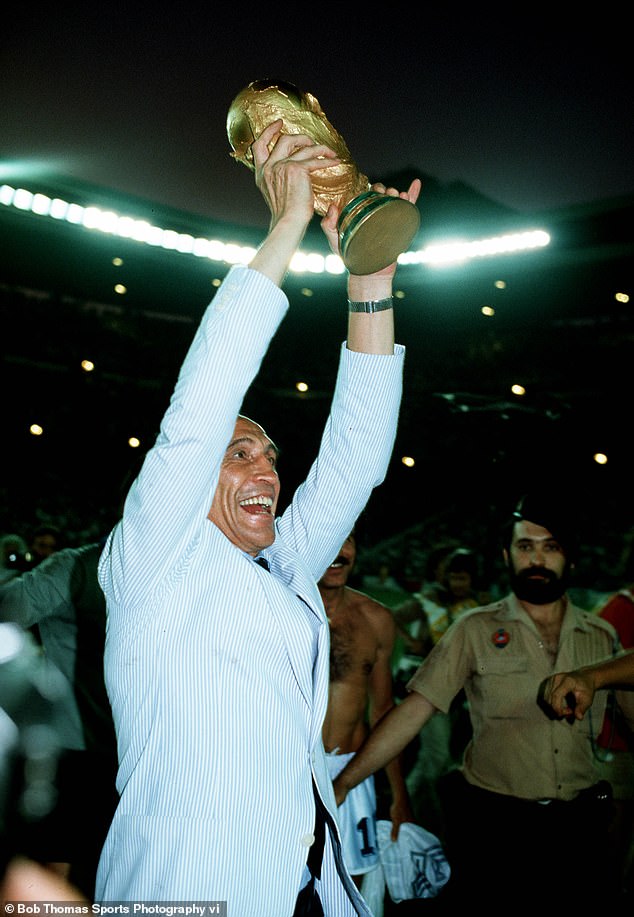 If Southgate can now reinvigorate England against Germany, a measure of that acclaim awaits him. If so, he might care to know also how nobly Bearzot responded to his earlier persecutors.

The morning after the night of his greatest triumph he invited the entire Italian media to the team’s villa to breakfast just outside Madrid. In company with a couple of foreign reporters who had defended Signore Bearzot all along out of a sense that he would work his magic in time, myself included.

There was not one word of recrimination for this gathering. Not a hint of gloating. The truly great Bearzot grasped the champagne bottles and personally filled the glasses of all present.

Then he raised the goblet he was holding and spoke quite quietly, to a hushed and chastened room: ‘Forza Italia.’

June 30, 2021 Soccer Comments Off on JEFF POWELL: Gareth Southgate can learn a thing or two from Bearzot
NFL News