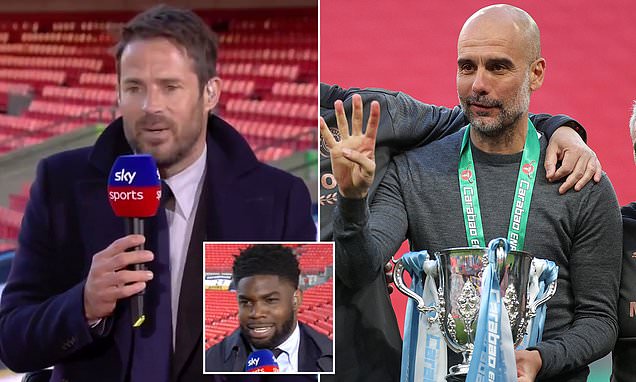 City were the better team in a fairly uneventful game with Aymeric Laporte scoring the only goal in the 82nd minute after being lucky to avoid a red card earlier on.

The victory saw Guardiola claim the trophy for the fourth year in a row and Redknapp was full of praise. 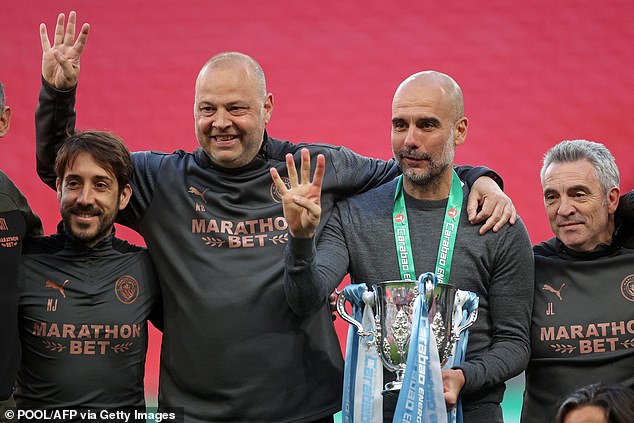 ‘But they are a joy to watch, if you enjoy watching football then you love watching Manchester city play. The way they move it, the triangles, it is a joy to watch. Pep Guardiola, I think he is a genius, the players will run through brick walls for him. The football they play in midfield, from the back, it is a joy and they were far superior.’

‘Is he the greatest ever? I personally think with the style of football he plays, how humble he is, the way he improves players, I think he is the greatest ever. Already for whatever happens from here. 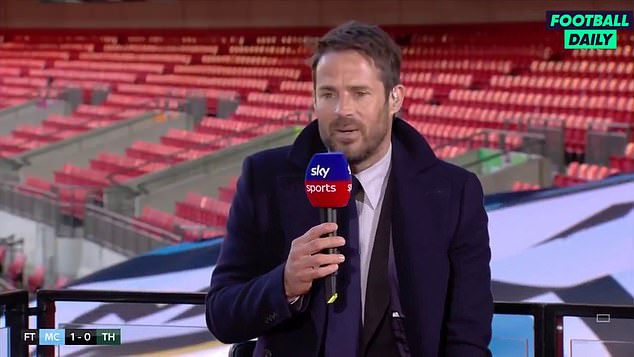 ‘There was always that argument when he was at Barcelona that he had Messi, Iniesta, Xavi. But now everywhere he goes you see the progression, the improvement. And this year might be the most successful.

‘After eight games they were 14th in the league, everyone questioning whether they had lost their appetite and whether the players were not running for him anymore. He has proved that is not the case. They are on a 21-game winning run, which is frightening. To see them now, the PL is pretty much sown up. Wednesday now becomes huge for them, he knows the importance of that you can see it in his eyes.’

However, Micah Richards believes he must win a Champions League with City to really deserve that title. 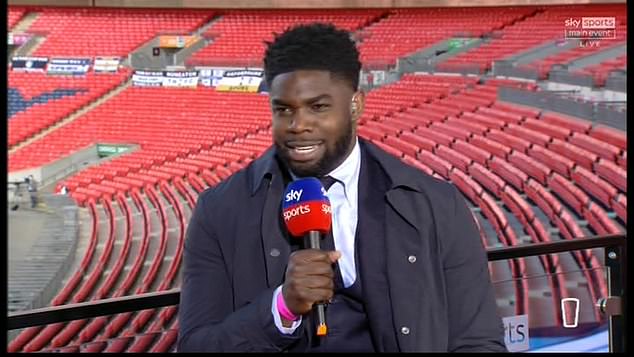 ‘The league cups are massive but the champions League takes him to the next level,’ he said.

‘He didn’t win it at Bayern with all those top players, won it at Barcelona but he had a really good Bayern side. I think the credit I can give to him is the way he has evolved the playing.

‘From the youth the first team, not matter who he puts in that squad, they all play the same way. That’s the difference in the process and everyone buying in.’

April 25, 2021 Soccer Comments Off on Jamie Redknapp says 'genius' Pep Guardiola could be the greatest EVER
NFL News