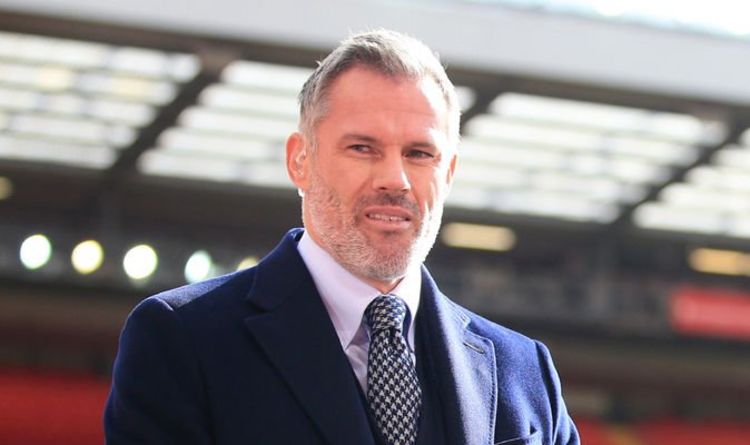 Liverpool hero Jamie Carragher has voiced an opinion on the signing his former club must prioritise. He also delivered a verdict on Philippe Coutinho’s return to the Premier League with Aston Villa, after rumours suggested that the Reds could swoop in with an offer to bring the Brazilian back to Anfield.

Liverpool fans have had to be patient over the past 12 months, with a quiet summer expected to be followed by a lacklustre January.

Ibrahima Konate was signed in May for £36million, and despite Covid and the Africa Cup of Nations stretching their squad, Jurgen Klopp does not appear to be intent on bringing in bodies over the next few weeks.

As the club’s star players begin to age, however, a significant reshuffle is expected in the summer.

Carragher can also see big business being done at that point, and he took to Twitter on Saturday to answer questions on who the Reds should sign.

Borussia Dortmund and England youngster Jude Bellingham was the chosen one, although the 43-year-old acknowledged that a deal could only be done in the summer.

The 18-year-old is going from strength-to-strength out in Germany, having become a key part of the Dortmund midfield under Marco Rose.

Two goals and five assists in 15 appearances is a solid return this campaign, and his link-up with rampant striker Erling Haaland is one of the world’s most exciting young partnerships.

With his 19th birthday still six months away, Bellingham has already amassed 10 caps for England’s senior team, and he promises to be a key player for now and the future.

While Klopp is not short of numbers in midfield, the players themselves could be overhauled in the summer with James Milner ageing, Naby Keita failing to convincingly break through and Alex Oxlade-Chamberlain flirting with an exit.

That could allow Bellingham to slot straight in as a teenager, although the Reds would reportedly have to fork out over £100m to prise him away from Dortmund.

One player who seems to have closed the chapter on his Anfield career, meanwhile, is Coutinho.

Reports indicated that Barcelona’s stance was clear, in that they were intent on finding the Brazilian a new home this January as they attempt to make room on their crowded wage bill.

With the Reds seemingly not interested in the 29-year-old who dazzled on Merseyside between 2013 and 2018, former Red Steven Gerrard swooped in and snapped him up for Villa.

Despite the sentiments attached to a prospective Coutinho return to Liverpool, Carragher was decisive in his verdict on the deal.

When asked if Klopp should have moved to re-sign the midfielder, he emphatically replied: “No!”

The Barca loanee is set to remain at Villa Park until the end of the season, whereby a £33m option to buy will then be presented to the West Midlands outfit.