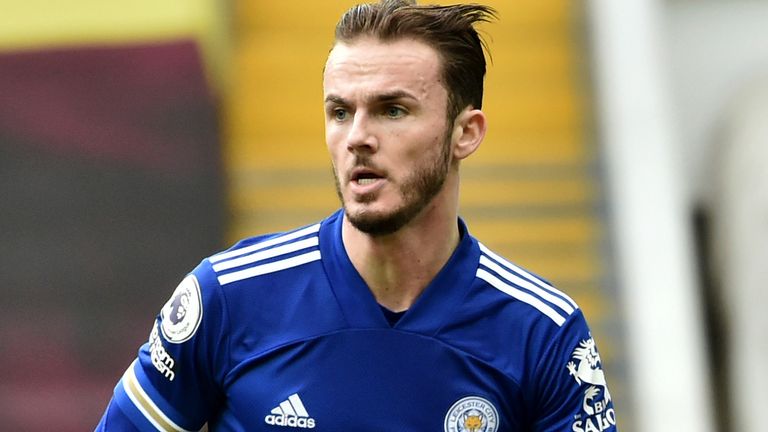 Brendan Rodgers said he is only concerned with Leicester’s selection after being asked what impact James Maddison’s recent Covid breach could have on his England prospects.

Along with Ayoze Perez and Hamza Choudhury, Maddison was dropped for last weekend’s 3-2 defeat at West Ham as a punishment for attending a party at Perez’s house.

The trio returned to training this week, and will be in contention for the FA Cup semi-final against Southampton on Sunday.

But with regards to Maddison’s chances of making Gareth Southgate’s England squad for this summer’s Euros, Rodgers admits it is not a conversation he has held with his midfielder.

“I don’t know,” said Rodgers. “I’m not picking the England squad, I only look at Leicester and just concerned really with what we do here at Leicester.

“I don’t speak to him on England, to be honest. He was very remorseful. I’ve always said I’ve loved working with him. He’s a young player that has made a mistake. He was man enough to hold his hand up, he wasn’t hiding from it, he was bitterly disappointed at himself and letting his team-mates down.”

Rodgers said Choudhury, Maddison and Perez “understood the consequences” of their actions, adding the trio can restore their reputations on the pitch. 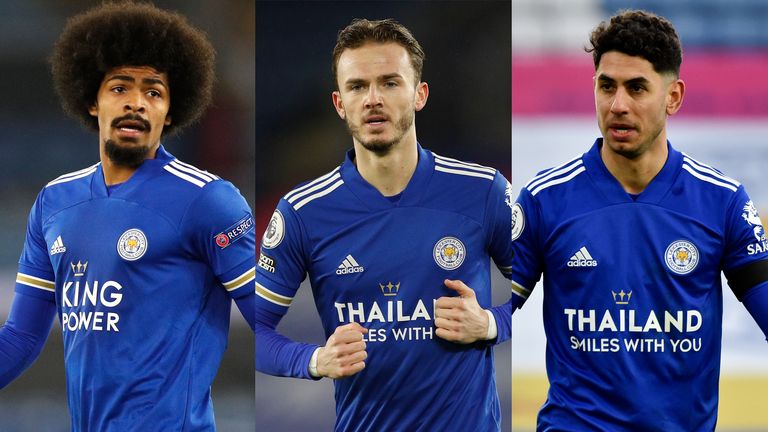 “That is what they are very determined to do,” he said. “These guys have made a great contribution for us, we are also in the position we are because of them.

“They made a mistake and in football there will be a choice again, at some point in their careers, and hopefully they’ll make a better choice.

“We always have to look forward and it’s in the past. The best way they can do that as a player is by their actions on the field.

“It’s a really exciting period and they come in and are available. They know for the rest of the season they have to have that level of focus and commitment to achieve what it is we want to.

“We dealt with it last week when they trained separately and they understood the consequences. We had a meeting at the beginning of the week and we accept their apologies. They were sincere and knew they’d made a mistake.

“The team is based on pride and behavioural expectations and they fell below that.” 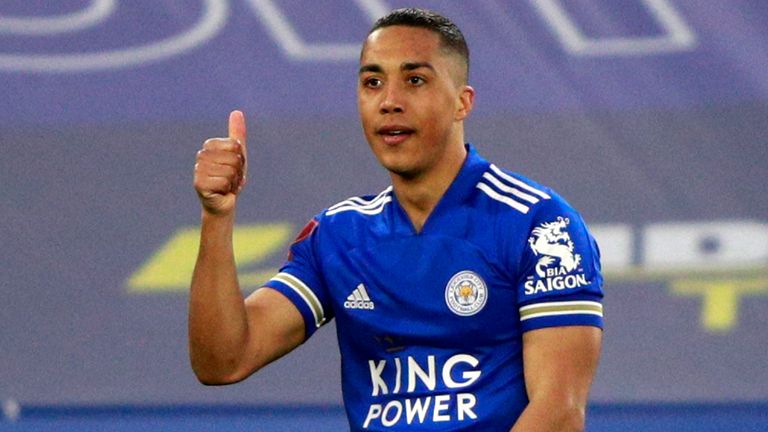 Rodgers hopes his side can keep calm heading into their first semi-final for 39 years.

“In these moments that ability to have that self control is very important,” he said. “When it counts most is when you are under pressure.

“We want to get into the final and we can only do that with performing well. If you overthink it or get nervous it can immobilise you.

“You stay calm, give clarity to the team and then arrive and look to play your game. We can’t control what Southampton bring but we can control what we do.”

Caglar Soyuncu is available after returning from Turkey having tested positive for Covid-19 while on international duty.

Cengiz Under is back after a hamstring problem but Harvey Barnes (knee) and James Justin (knee) are out.

April 16, 2021 Soccer Comments Off on James Maddison 'remorseful' after Covid breach but Brendan Rodgers has not spoken to midfielder about England
NFL News