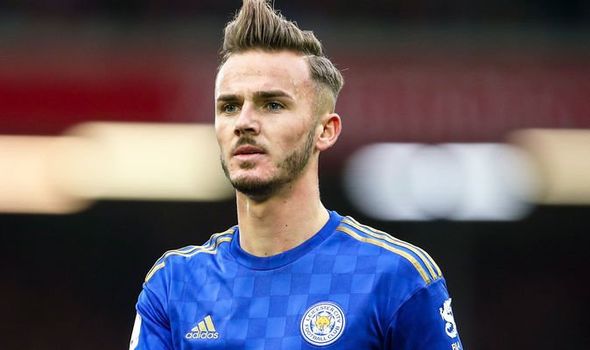 But the Leicester playmaker, still yet to play a minute at senior level, is equally sure that he can make that case on the training ground rather than knocking on Gareth Southgate’s door.

“I keep realistic but keep being hungry and pushing to get minutes because that’s why I’m here,“ he said.

“I’m not just here to just make up the numbers.

“At least, when you’ve got a manager you feel you can be open with and talk to like that, it’s better.

I’m not just here to just make up the numbers

“But I’m not going banging on the manager’s door saying ‘I need to be playing’ because this is only my third camp.

“Listen, I’m a confident person and I’ll always believe in myself to if I go to the next level that I’ll be able to take that challenge on.

“But when you come from the Championship to the Premier League, it’s a big step up, so almost in the back of my head it was ‘I can do this’ but you want to figure out and stuff.

“Now I’ve had that year in the Premier League, I know I am capable at performing well at that level.“

Maddison has impressed for Leicester again this season, netting three goals and chipping in with three assists in all competitions.

The 22-year-old, who has been instrumental under Brendan Rodgers, has been linked with a move away from the Foxes.

Maddison is hoping to feature for England on Friday night, with Gareth Southgate’s men travelling to Czech Republic.