Jadon Sancho to Manchester United remains a long way off. But there’s still optimism nonetheless that the Red Devils can seal the signing of the Borussia Dortmund star. Express Sport will now take a look at the latest information and gossip about a possible deal for the 20-year-old.

Ole Gunnar Solskjaer has talked with Sancho on multiple occasions and the Dortmund star wants to join, it has been claimed.

Journalist Fredrik A. N. Filtvedt said on Twitter: “Small update on Jadon Sancho: Solskjaer has talked to him several times.

“Sancho tops the club’s wish list and even wants a transfer to United. Solskjaer’s simple message to Woodward: Fix it!”

United are yet to agree a fee with Dortmund.

And though Sancho wants to join, the 20-year-old doesn’t want to rock the boat by Dortmund by going on strike – because he’s respectful of all they’ve done for him. 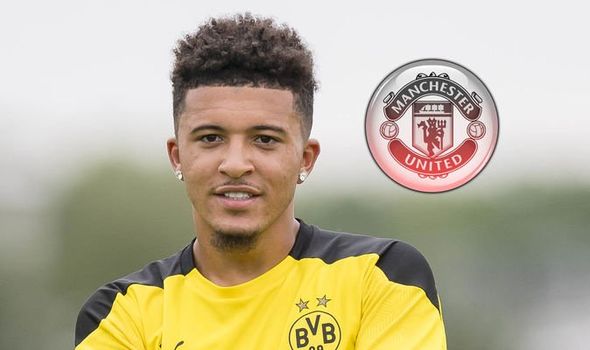 Jamie Carragher has backed Ed Woodward to get a deal for Sancho over the line.

Carragher said during a Q&A on the Daily Telegraph: “I think United will eventually pay what they need to pay.

“People call Woodward a joke because selling clubs can get an extra £10 million or £20 million from him.

“But now Borussia Dortmund have asked £108 million for Sancho and because United have not paid it straight away everyone is criticising again.

“United have almost got a clear run at Sancho now, but that will change if he is still at Dortmund next year. I would be very surprised if Liverpool did not try to sign him next summer.” 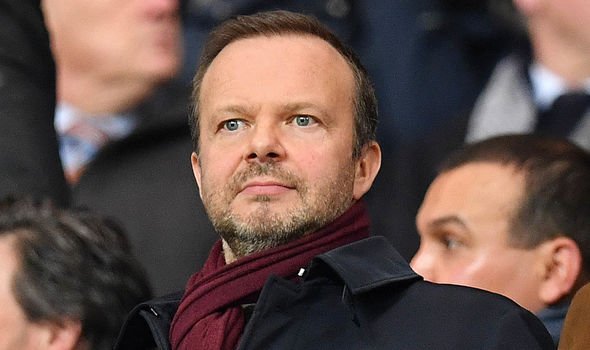 United have explored three Sancho alternatives at a time where Dortmund have continued to hold firm, reports say.

ESPN say Ousmane Dembele, Kingsley Coman and Douglas Costa are all under consideration behind the scenes.

And the Red Devils have actively discussed the trio – despite Sancho being very much their priority.

Coman would be difficult to sign, especially given how he recently fired Bayern Munich to the Champions League crown.

But Dembele and Costa could be easier given their struggles at Barcelona and Juventus.

He said on the Transfer Window podcast: “[Solskjaer] had identified far in advance a desire to improve, certainly on the right wing and this long pursuit of Jadon Sancho, which Manchester United believed they had almost there a few weeks ago but have failed to complete to this stage.

“[They] have been prioritising in terms of that position on right wing, concentrating their efforts on getting Sancho done rather than moving to alternative potential targets such as Ousmane Dembele who they’ve had preliminary conversations about.

“He would like to strengthen at left-back, he would like a left-footed centre-back who’s capable of playing the ball out of the back to improve his defensive options.

“He had been asking for a midfielder, the midfielder obviously is there.”