‘I’m not wasting thoughts on a change’: Jadon Sancho insists he ‘owes a lot’ to Borussia Dortmund and is not thinking about leaving the club

Jadon Sancho, the young Englishman tipped as being a future star for the national team, has been setting the Bundesliga alight this season at Borussia Dortmund.

The 18-year-old has got four goals and six assists in 10 league games so far, and has unsurprisingly attracted attention from some of Europe’s other big clubs.

However, after recently extending his contract at the Bundesliga club, Sancho says he isn’t ‘wasting any thoughts’ on a big move in the near future. 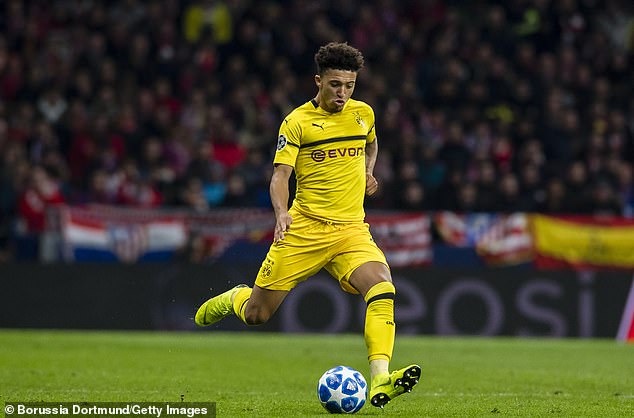 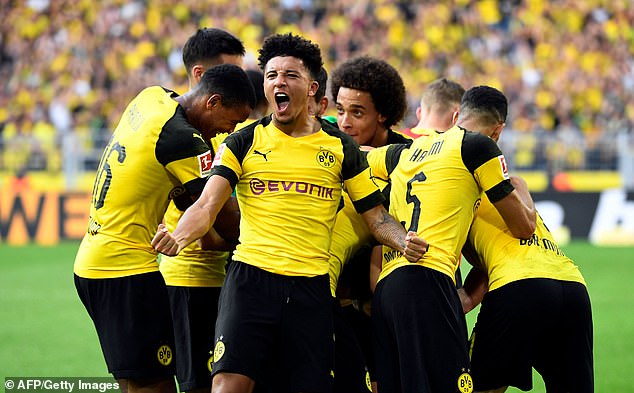 He’s on form at the moment, scoring goals and getting assists, and says he ‘owes a lot’ to BVB

‘I’m not wasting any thoughts on a change,’ Sancho said in an interview with Bild, via The Mirror. ‘I owe a lot to BVB and I have a lot in mind with this team. I’m happy here and did not sign for so long for nothing.’

In October Sancho extended his Dortmund contract to 2022. He joined from Manchester City’s academy last year, and has been having a successful time since.

Dortmund will play Bayern on Saturday in an attempt to extend their lead further.

‘By giving everything and giving our fans full throttle, we know how strong the Bavarians are but we also know we can beat them if we have a good day, especially at home. 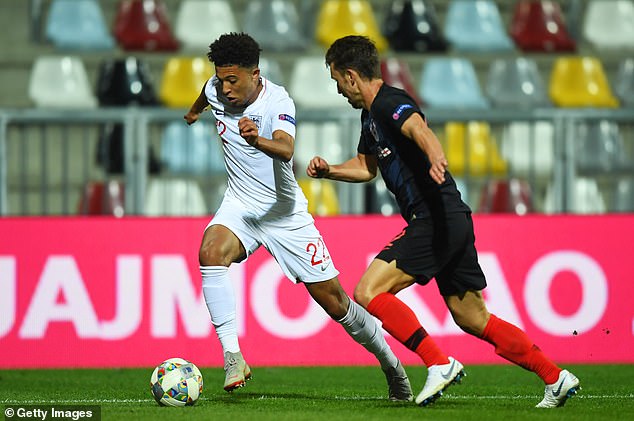 ‘We have respect for them but also a lot of self-confidence and we all stick together.’

Sancho’s form, which has also seen him pick up a goal and an assist in the Champions League, has been rewarded by England manager Gareth Southgate with another call up to the national team.

England will play USA in a friendly next week, followed by another match against Croatia in the Nations League.