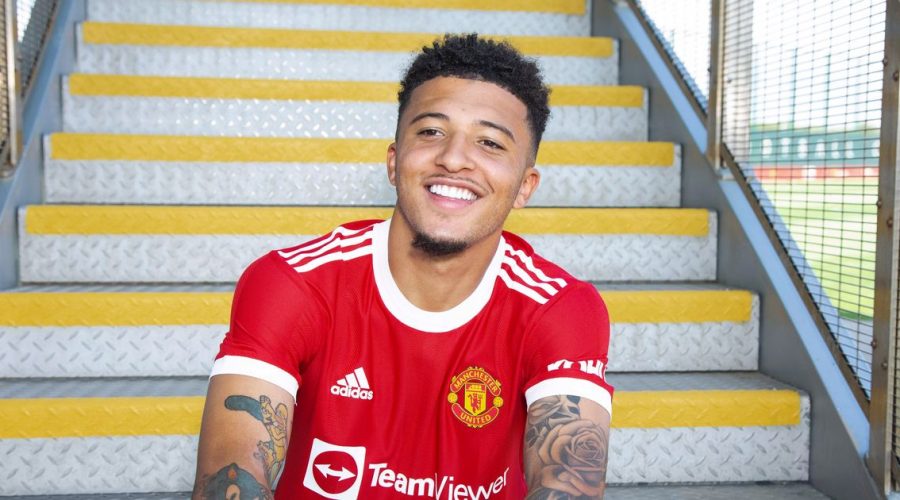 Jadon Sancho has explained the meaning behind his poignant tattoo.

The new Manchester United star has a tribute to late younger brother on his left forearm, having passed away when the 21-year-old was in primary school.

Sancho courageously made the move to Germany at 17 to sign for Borussia Dortmund and has returned to England four years later after the Red Devils paid £73 million for his services.

Now an England international, as well as one of the world's brightest footballing talents, the Manchester City and Watford academy product, will finally be given the chance to show what he can do in the Premier League over the course of the new season.

When Sancho lines up for Ole Gunnar Solskjaer's side, fans will be able to see his tribute among his many tattoos.

In his first interview with United, Sancho explained the importance of the artwork.

"This is my first one and the most meaningful one because my little brother passed away when he was younger," the winger told the club's website.

"When I was in primary school, I wrote a poem that I read at the funeral, so this is definitely my most meaningful one."

The poem reads: 'You and me will stay together, you made us happy, you brought us joy, you were a special baby boy.

'I couldn't wait till you grew up, teach you football and win the cup.

'But you're gone what can I do? Baby brother, we love you.'

"The rest around [the poem] are birds, heaven, an angel, a butterfly and then I have my sister’s and my brother’s initials," he added.

Sancho's right arm is filled with more colourful artwork, including comic book characters – which he enjoyed reading in his youth.

Referencing them, the new no. 25 said: "Then here I kind of freestyled because I liked comics when I was younger.

Sancho can't wait to get started at Old Trafford, and added that he was "honoured" to have signed.

"Growing up, Manchester United was one of the biggest clubs that everyone knows, and of course there is also all the trophies they’ve won and there have been many iconic players that have come before me.

"So I’m very happy to be wearing this jersey now."

The Euro 2020 starlet also revealed his family's reaction to the move, saying: "They’re very happy for me.

"Even when I went to Dortmund they were very happy with me and they kept on saying just keep working hard and more things will come your way, and that’s what I’ve been doing."

Asked if Sancho's loved ones were his motivation, he replied: "Yeah, definitely.

"That’s one of the main reasons why I play football, because when I was younger, it was hard growing up," Sancho admitted.

"So I do everything for them and I want to keep it that way."