Manchester United fans got a taster of what a team with Jack Grealish and Jadon Sancho in looks like when England thrashed the Republic of Ireland 3-0 at Wembley on Thursday night. The duo were strongly linked with transfers to Old Trafford in the summer but it never transpired for either.

Jack Grealish had a message for Jadon Sancho on Thursday night, showing exactly what Manchester United have missed out on.

Both players were strongly linked with switches to Old Trafford over the summer as Ole Gunnar Solskjaer planned a major summer splurge.

But neither made the move, much to the manager’s disappointment. 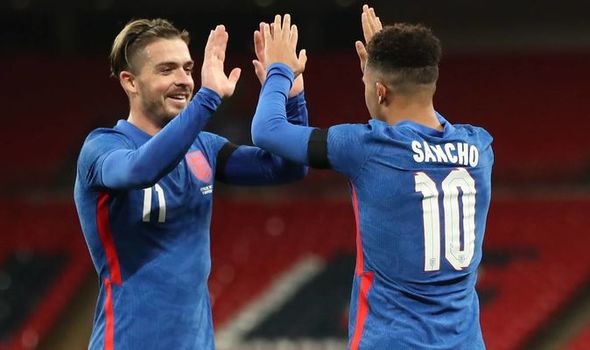 Solskjaer was keen on bringing back a British spine to United, which he started last summer when he brought in Harry Maguire, Aaron Wan-Bissaka and Daniel James.

Grealish and Sancho were supposed to continue the trend but their respective clubs Aston Villa and Borussia Dortmund demanded extortionate fees.

It resulted in the Red Devils signing other targets, with Donny van de Beek and Facundo Pellestri joining instead.

But both Grealish and Sancho were on top form for England as they beat the Republic of Ireland 3-0 in a friendly at Wembley.

The Villa captain set up the 20-year-old for the game’s second goal in a ‘what could have been’ moment for United.

And they further rubbed salt in the wounds when Sancho uploaded a post to his Instagram page after the win. 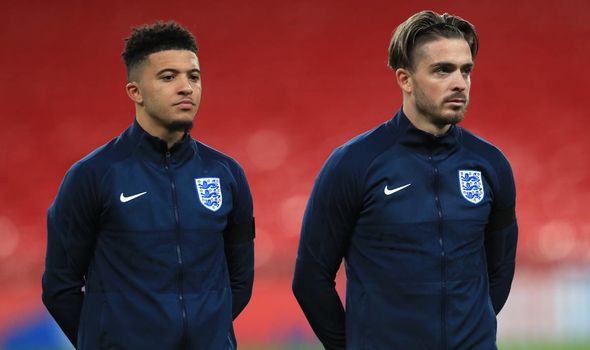 Grealish replied, saying: “Ahhhh I love playing with u [sic]”

The 25-year-old is already a popular member of the squad despite taking a while to get there.

May have disputed Gareth Southgate’s decision to leave out the winger, compared to Chelsea star Mason Mount.

But Grealish admitted that he and the 21-year-old get on brilliantly.

“I love Mason. It’s a bit annoying actually because he probably gets a bit of stick at times from it,” he said.

“I’ve always been close with Mason. I think he’s a terrific player, and I don’t think we’re even fighting for the same spot, to be honest.

“If anything, he’s underrated, deserves all the credit he gets, and people who know about football will understand just how good he is.”