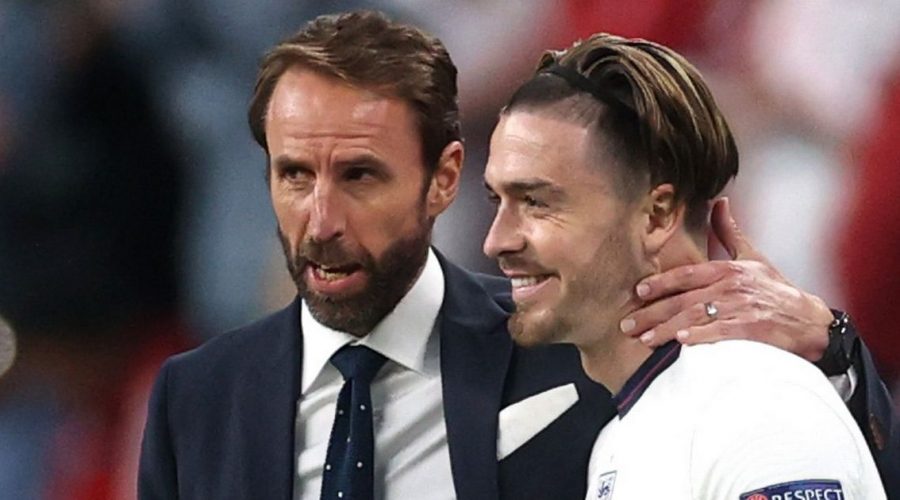 Jack Grealish has jumped to the defence of Gareth Southgate and insisted he is not a boring England boss.

Despite his success since taking charge in 2016, Southgate has been labelled with the tag of being too cautious.

He was criticised for not going for the kill when England had Italy on the ropes in the 2020 Euro final – and has been reluctant to bow to public pressure and start the likes of Grealish in more games.

Southgate will find his selection and tactics in the spotlight again tomorrow night (Fri) when the Three Lions resume battle with the Italians in the Nations League in Milan.

England will then host Germany at Wembley in what will be their final game before heading to Qatar for the 2022 World Cup this winter.

Grealish is central to the debate about Southgate's approach, but insists England have a manager who still knows what he's doing.

The Manchester City ace said: "No, I don't think he's too negative. Especially if you're on about when he plays five at the back, people always go on about how good our wing-backs are, so I don't see why you wouldn't try that.

"I think we have great talent all over the pitch, whether that be at full-back, centre midfield or us wide players. I don't think he is too negative or cautious at all."

Grealish has told Southgate he is willing and able to help him in whatever role he wants him to moving forward.

Can England win the World Cup under Southgate? Let us know in the comments section

He said: "Listen, like I said earlier, every time I put on my shirt for my country, I give it my all. I’d love to play every minute of every game, but that will never happen with anyone.

"I just try and perform when I'm given the chance, whether that be from the start or coming on as an impact sub. I'm here for everything.

"When I'm on the training pitch, I'll train and try to give the manager no reason to leave me out. Hopefully that means that I can perform well and be on the plane to the World Cup. That's what I'm hoping for."

Southgate is feeling serious heat for the first time as England boss following a woeful run in June of four games without a win.

The desperate performances culminated in a 4-0 thrashing by Hungary at Molineux, which saw some supporters call for him to be sacked.

It was Southgate's darkest hour since taking charge, but Grealish reckons those who turned on his manager were out of order.

He added: "I think it was harsh. We reached the Euros final last year, and the last time we lost a game in 90 minutes before the first game of the last camp against Hungary was Belgium in November 2020.

"So I think it is very harsh – especially as you saw at the World Cup and the Euros how well the team did and the manager. But sometimes that's what you get when you're English – and I've had my fair share."