Maurizio Sarri admits he will have to start rotating his star players over the festive period if he is to achieve Chelsea’s desire for success in both the Premier League and Europe.

The Italian has enjoyed a superb start to life in England and could equal former Nottingham Forest boss Frank Clark’s record of remaining unbeaten in his first 11 matches as a Premier League manager if Chelsea avoid defeat at home to Crystal Palace on Sunday.

One of the keys to Sarri’s early success has been his consistent team selection with Chelsea having used just 19 different players in the Premier League so far and 14 individual starters. 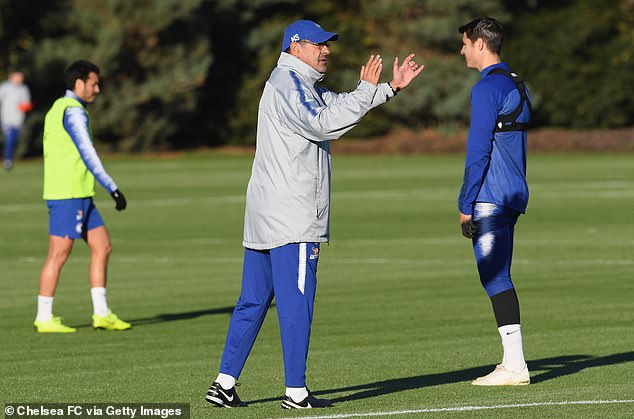 But his side face 15 matches in the next 60 days across all competitions heading into the New Year.

And Sarri admitted he will have to change his approach: ‘I have to look at all competitions. You have to look at the League Cup, Europa League and the national team. So I think rotation is good. In the future it will be different.

‘In December and January, you need to change also in the Premier League because we will play every three days.’