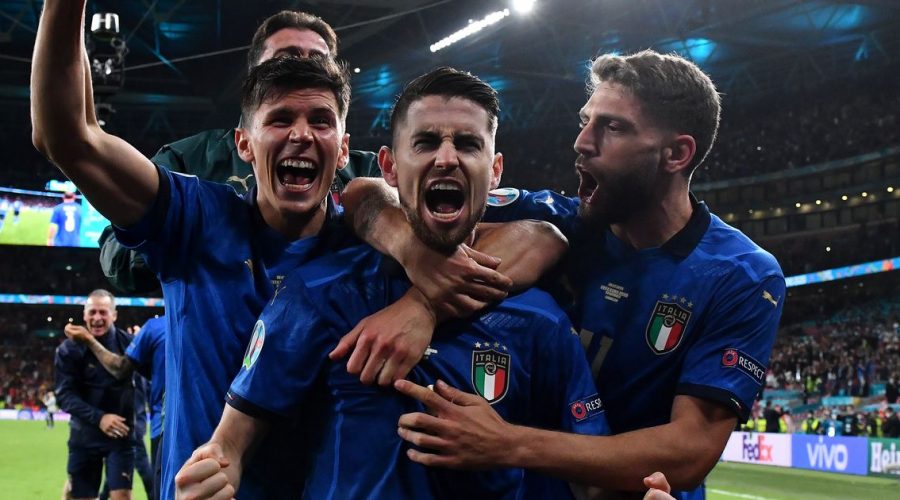 Italy have reached the Euro 2020 final after beating Spain on penalties in their last-four showdown at Wembley – setting up a potential meeting with England this weekend.

Alvaro Morata came off the bench to cancel out Federico Chiesa's brilliant opener to send this tie to extra-time and then the lottery of spot-kicks.

But it was there where the Spain frontman went from hero to zero, missing the crucial penalty in the shootout and allowing Jorginho to sweep Italy into Sunday's showpiece.

Roberto Mancini's men headed into this semi-final against La Roja on the back of a mightily impressive 32-match unbeaten run across all competitions.

And to compound their fury, 15 minutes after the restart Chiesa opened the scoring for Italy with a peach of a strike.

The Fiorentina star first picked up a loose ball on the edge of the box and crept inside, before cutting back on his right foot and bending a sensational effort into the back of the net.

Just four minutes later and Mikel Oyarzabal, brought into the starting line-up for the first time here, squandered a glorious chance to bring Spain level when he failed to get on the end of Koke's inviting cross.

Oyarzabal was shortly replaced by Luis Enrique but eventually his blushes were spared by substitute Morata, who capped a slick Spain move upfield with 10 minutes remaining to equalise.

The often-misfiring forward first collected a pass from Aymeric Laporte on the halfway line and drove towards Italy's box, before picking out Olmo on the edge of it.

A quick-fire one-two with Olmo then left him with a clear sight of goal, and unlike on other occasions at this summer's tournament he cooly tucked the ball home to ensure the first of two semi-finals wouldn't be settled in 90 minutes.

Extra-time was a frantic affair at times, with both sides fluffing a few half-chances as a mixture of fatigue and anxiety began to creep in, but before they knew it penalties were upon us.

Manuel Locatelli stepped up first for Italy and was denied by Unai Simon, only to be immediately let off the hook when Olmo sent Spain's first effort flying over the crossbar.

Then, after three more successful efforts, Morata saw his tame effort kept out by Gianluigi Donnarumma to leave La Roja on the brink of heartbreak.

Jorginho then executed a trick he pulls off so frequently in the Premier League with Chelsea to book Italy's place in the final and shatter Morata, waiting for Simon to dive to his right before rolling it into the opposite corner

His winning penalty means England will take on the Azzurri if they get past Denmark in their own semi-final on Wednesday night.