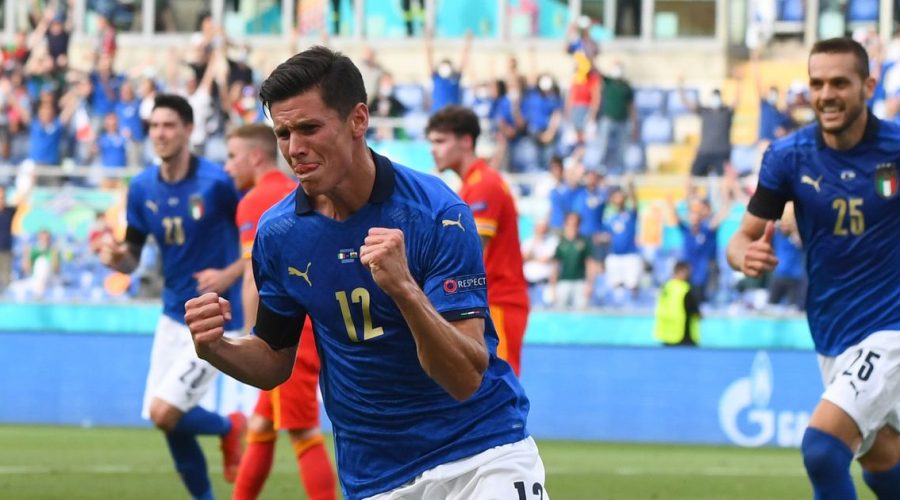 Italy have rejoined the elite group of European sides who have breezed through the group stage, of a European Championships, without conceding a single goal in the process.

The Azzuri rounded off their impressive start to the 2020 Euros with a 1-0 triumph against Wales on Sunday evening: confirming their spot at the summit of Group A.

60 years after the inauguration of the first Euros, Italy have become the fifth side to not concede a goal in the group stages – which were brought in for the 1980 iteration.

And Daily Star Sport has a look at all the sides who managed the impressive feat.

The first edition of Euros to involve a group stage – previously, it had just been four teams battling it out in two semi-finals and a final – and Italy set the standard for defensive football.

This was prime catenaccio, and the Italians, who were on home soil, were drawn into a group with Belgium, England and Spain.

Their efforts were only good enough for second place, and they advanced to a third-place playoff clash with Czechoslovakia – which they lost, conceding their only goal of the tournament.

Can Italy go onto win the Euros? Let us know in the comments section

It would take sixteen years before another side would see out the group stages without conceding, and before Gareth Southgate's heartbreaking miss against Germany, they had done just that.

Playing all their group fixtures at Old Trafford, Die Mannschaft put two past Czechia and three past Russia without a blot in their copybook.

Italy were able to slow down the newly reunified Germany – its first major tournament without an East-West divide – in a 0-0 thriller.

Germany went onto win the 1996 Euros with victory against Czechia – who managed a goal this time – in the final.

Four years off the back of hosting the Euros – and crashing out the bottom of their group – Poland returned emphatically.

Robert Lewandowski had blossomed into one of Europe's most potent strikers, and hopes were high for a decent showing.

Poland claimed slim victories against Ukraine and Northern Ireland, and held the favourites for the entire tournament, Germany, more on them later, to a goalless draw.

Lewandowski finally got on the score-sheet in the knockout rounds, but Poland crashed out to eventual winners Portugal, on penalties, in the quarter-finals.

Germany became the first side to manage this incredible achievement twice, and even more amazingly: they were in the same group as Poland.

Like Poland, Die Mannschaft brushed aside Ukraine and Northern Ireland, albeit more convincingly, with their goalless draw sandwiched in between.

Germany had travelled to France with high hopes of winning their first Euros since 1996, and their fourth overall, off the back of their 2014 World Cup success.

Ultimately, Antoine Griezmann picked the Germans apart in Marseille as he bagged twice to knock the favourites out.

40 years after becoming the first team to not concede a goal in the group stage, Italy's Euro 2020 side are the latest team to join the exclusive club.

Arguably, this Italian side is the most impressive too; Italy are the only side on this list to win all three games in the process.

Roberto Mancini's men put Turkey to the sword; they blew past Switzerland, and rendered a decent Welsh team hapless against a nation that hasn't had too much to shout for recently.

Two more sides could still join the club at this year's Euros: England and Sweden, who face Czechia and Poland respectively.