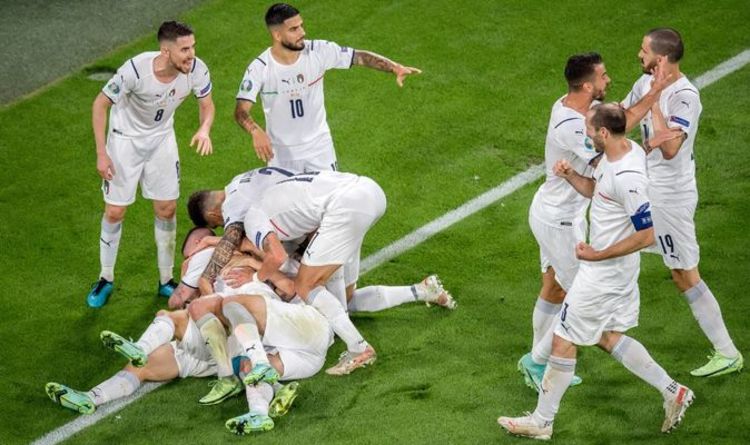 England train ahead of Ukraine clash

Italy have three players who England should keep an eye on after their barnstorming victory over Belgium in their Euro 2020 quarter-final. The Three Lions face Ukraine later tonight at the Stadio Olimpico.

Italy will face Spain in the first decided semi-final of Euro 2020 following another dramatic night of football.

Roberto Mancini’s side hung on against Belgium in a pulse-racing 2-1 win in Munich to send the Red Devils crashing out of the tournament.

And 10-man Switzerland put on a hearty display to take the Spanish to penalties but Unai Simon proved pivotal with two saves in the shootout to send them through.

But only one of them will make it to the final – with many banking on Italy after taking the competition by storm. 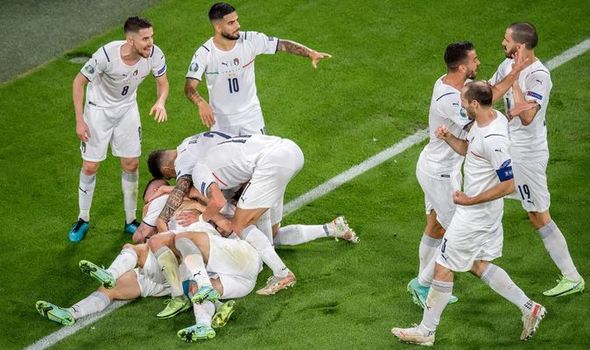 England have a while to go but will fancy their own chances to make it to that stage of the Euros too.

They take on Ukraine tonight at the Stadio Olimpico as heavy favourites before facing either Denmark or Czech Republic in the semi-finals.

With a number of shock results already, Gareth Southgate will tell his players to focus on the task at hand and not get carried away.

But with a potential final against Italy to come, who should they be wary of?

His goal against Belgium was a piece of magic and was also a warning to England’s defenders – do not let this player cut in, and if he does… close. him. down.

That was Belgium’s fatal error as he curled an absolute stunner past Courtois, who despite his wide reach had no chance.

Insigne has played for Napoli his entire career and, at 30, is desperate to take his country right to the end – and he has more than enough quality to get them there. 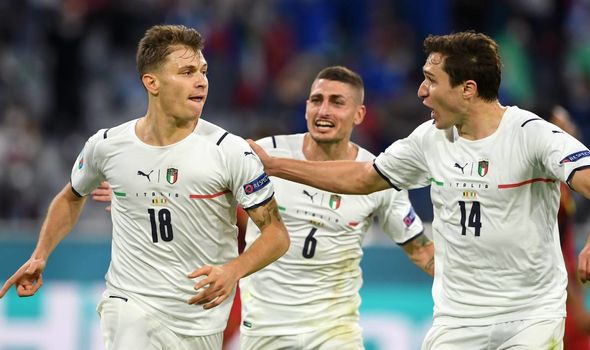 The Inter Milan has really starred for Italy in the middle of the park, with his standout performance coming against Belgium on Friday night.

Interest is high in the 24-year-old, from Liverpool and Chelsea, and it is easy to see after a breathless display.

England must keep a lid on the midfielder, who excels in both attack and defence while his tricky feet can prove difficult for Southgate’s backline.

Despite being just 22, Donnarumma has bags of experience and has been playing first-team football since he is 16 and deserves to be in the conversation for the best keepers in the world.

On the brink of a move to Paris Saint-Germain, the 6ft5 stopper dominates his box and will take something special to beat him.

Harry Kane may have grabbed his first goal of the tournament against Germany vs one of the best keepers of all-time but Donnarumma is a different challenge.