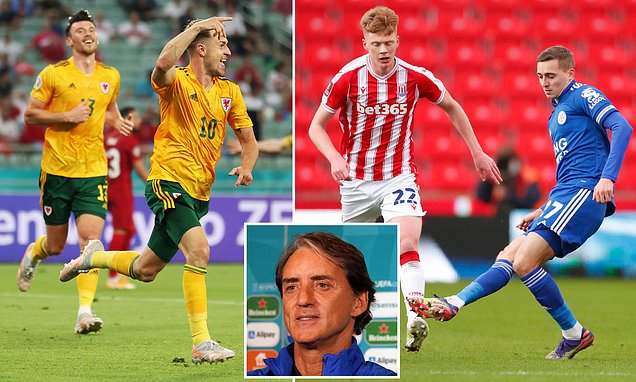 Mancini spent three-and-a-half years as Manchester City manager between 2009 and 2013, during which time Premier League sides often struggled with the physical challenge of a trip to Stoke, a then top-flight team.

‘Stoke had a very tough style of play, they were a very tough nut to crack,’ Mancini told a news conference on Saturday. 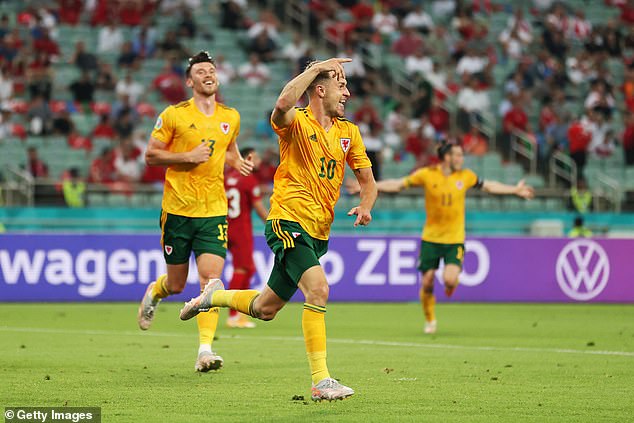 ‘It will be a very difficult match from a physical perspective because they are a powerful side like Stoke, but they are also very technical.

‘Wales have players like (Joe) Allen, (Gareth) Bale and (Daniel) James. They have got some quality and skilful players.’

While other favourites for the tournament have faltered in the past few days, with France being held by Hungary on Saturday and England drawing 0-0 with Scotland on Friday, Italy have not put a foot wrong so far. 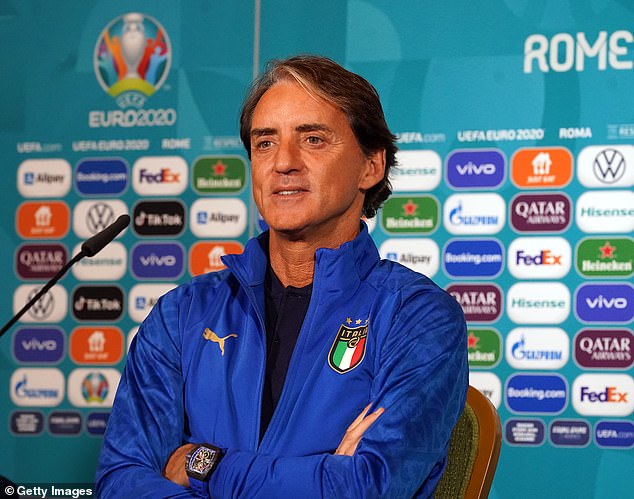 Two 3-0 victories from two group games so far means Italy have won 10 matches in a row, all without conceding, and they are one match away from equalling their longest-ever unbeaten run – 30 matches – set between 1935 and 1939.

One point will be enough to secure top spot in Group A, but Mancini is not getting carried away.

‘France, Spain, Germany and Portugal are used to winning, they are full of extraordinary players,’ he said. ‘France remain the favourite despite the draw with Hungary. 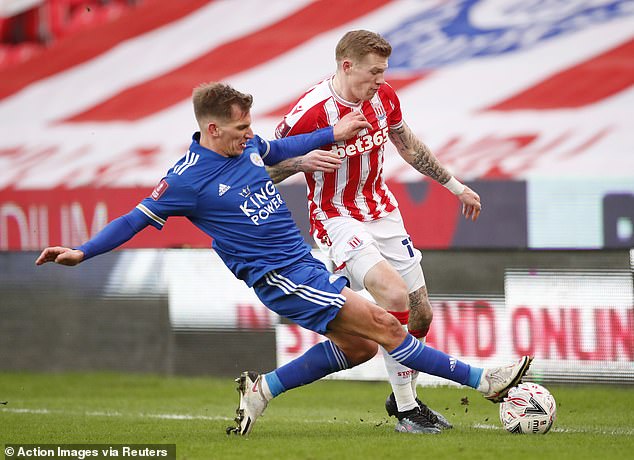 ‘Then there will also be Belgium. In my opinion nothing changes (on various potential winners).’

With progression to the last 16 already secured, Mancini said he would rotate some players on Sunday. Marco Verratti, who has not yet featured in the tournament due to a knee injury, is in line for some game time in the Stadio Olimpico.

‘Tomorrow night will be our third game and we would have rotated regardless, even if this was a must-win fixture,’ he said. ‘A third game in the space of 10 days with 30 degree heat, you need fresh legs out there.

‘Marco needs to play. Until today, after so many days of training, he is fine.’