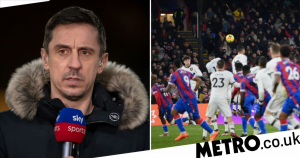 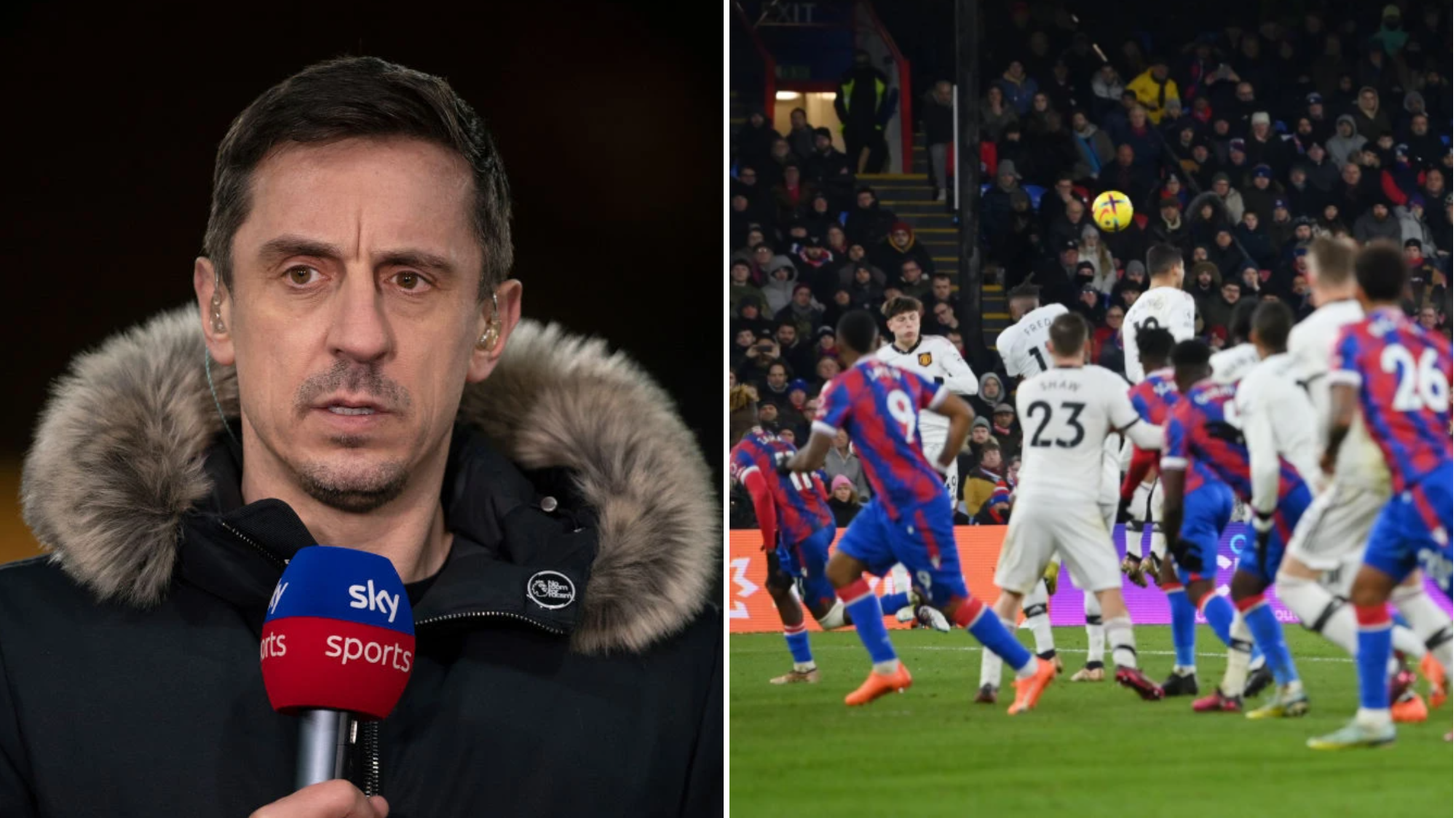 The Red Devils looked to be on course to move within six points of table toppers Arsenal ahead of their weekend showdown at the Emirates after Bruno Fernandes gave them the lead in the first half at Selhurst Park.

A well-worked move saw Christian Eriksen pull the ball back for the unmarked Portuguese, who slammed the ball home, and United had plenty of opportunities to add to their lead – particularly when they felt substitute Scott McTominay had been tripped inside the box.

But Palace put the United back-line under increasing pressure in the closing stages and goalkeeper David de Gea was forced into two excellent saves in the match.

In the first minute of added time, Palace were awarded a free-kick around 25 yards out and Olise stunned the travelling supporters with a superb, left-footed free-kick that kissed the underside of the crossbar and rifled into the back of the net.

But far from praising the quality of the strike, Sky Sports pundit Neville was furious with the way United set up their wall for the free-kick and felt it made it easier for Olise to score.

Reacting to the goal on social media, Neville tweeted: ‘That wall was never big enough. Always going to shoot!’

He continued: ‘Put the taker off! A massive wall with big players in makes it more difficult for a taker! That wall lacked presence and made it look inviting!’

The three players picked to form the wall were Casemiro – who is six foot tall – and fellow South Americans Alejandro Garnacho and Fred, neither of whom are taller than 5ft9.

When Olise strikes the ball, all three players jump and only Casemiro comes close to blocking the ball, with the wall also breaking up significantly and leaving a massive gap.

It is not the first time United’s poorly constructed wall has cost them, with Aston Villa’s Lucas Digne scoring a free-kick from a virtually identical position earlier this season when United’s wall appeared to be closer to 14 yards away from the ball.

PGMOL later accepted that referee Anthony Taylor had moved the wall too far back and manager Erik ten Hag was unhappy at the time.

‘I think the free-kick is stoppable because the wall is too far [over],’ he said back in November. ‘Okay, these small details, but small details make a difference in top football. The details are everything to us because we were not fresh.’