Is this the worst miss of all-time? Mechelen midfielder Aster Vranckx has incredible moment to forget on opening day of Belgian top-flight season as he manages to trip over the ball on the line with the goal gaping

Midfielder Aster Vranckx will not want to watch his miss again for KV Mechelen against Oostende in the Belgian Pro League.

The 17-year-old was left curled up in a ball with his head in his hands following a very embarrassing blunder as his side looked sure to claim the opening goal of the match.

Following a poor clearance from an Oostende defender, the goalkeeper has to come off his line in order to punch the ball away from danger. 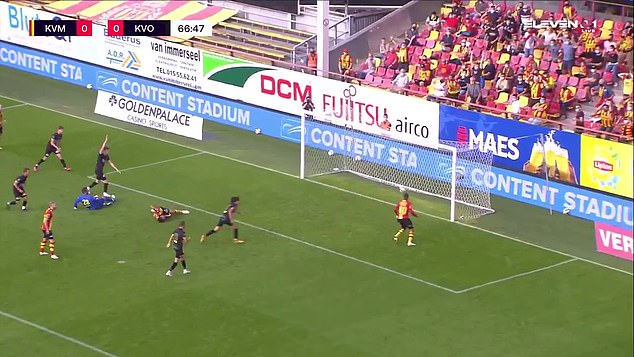 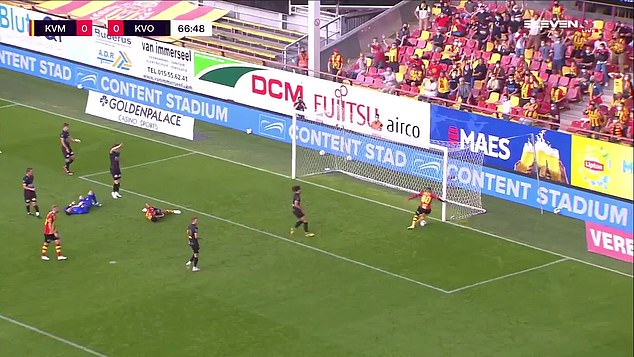 However, the keeper fails to do so and the ball falls to an opposition attacker inside the box. He hits the ball first time towards an empty net under pressure and it bounces back off the cross bar to Vranckx.

No more than two-yards from goal and no keeper or defender in sight, the Belgian U19 international has the easiest job in the world to put the ball in the back of the net.

Instead, he stands on top of the ball as it gets under his feet as both himself and the ball hit the right post. 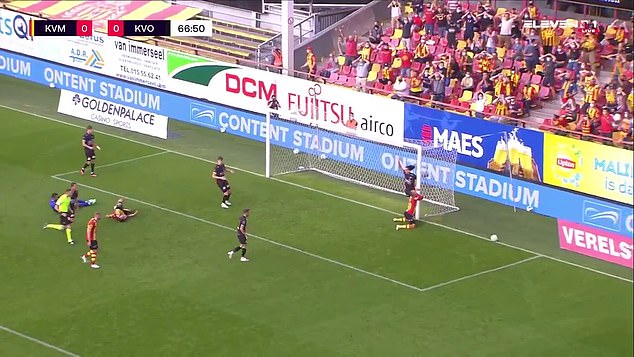 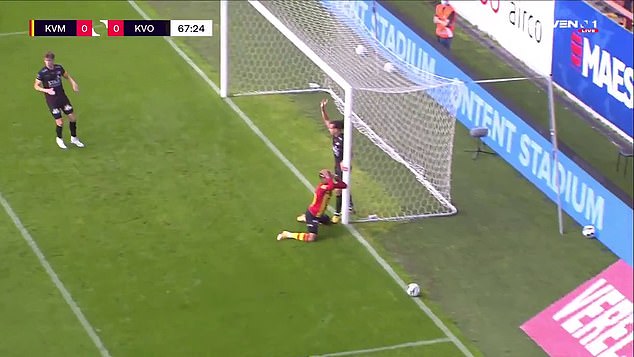 A defender then gets back to poke the ball away as Vranckx frantically scrambles his legs to try and push the ball over the line but he fails to do so.

A collective of socially distanced Mechelen fans in front of the goal were all left in pure disbelief as the young midfielder was red-faced.

His miss became even worse as in the 95th minute, Oostende scored a last-gasp winner to leapfrog their opponents in the table.

September 12, 2020 Soccer Comments Off on Is this the worst miss of all-time from this KV Mechelen midfielder?
NFL News