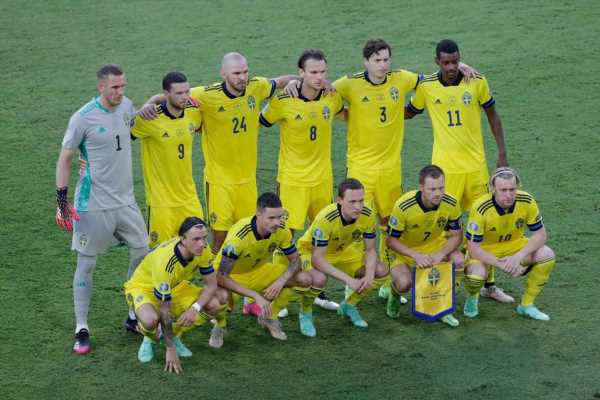 It’s not quite all-or-nothing time for these two nations, but both Sweden and Slovakia know they can take a big step toward the last 16 of Euro 2020 with a positive result on Friday.

A victory for Slovakia would in fact guarantee their place in the knock-outs after they beat Poland last time out, though even a point almost certainly means they’ll go through.

For Sweden, they already have a point after getting their hardest game – on paper at least – out of the way first; a 0-0 draw with Spain means that one win from their next two is likely to be enough to reach the knock-outs.

Both teams were mostly on the defensive for their respective first outings in this summer’s tournament, so the shift in tactics to be more forward-thinking makes this an intriguing fixture to look forward to in St. Petersburg.

The match kicks off at 2pm on Friday, 18 June in St. Petersburg.

The game will be shown live on BBC One and can be streamed via the BBC iPlayer.

Dejan Kulusevski and Mattias Svanberg should return to the Sweden squad after returning negative Covid tests. Mikael Lustig will probably miss out through injury so Emil Krafth is likely to replace him.

Slovakia will be without Denis Vavro after he tested positive for Covid, but they have no other real issues.

A tightly contested game with both sides ultimately reasonably happy to settle for a point apiece. 1-1.

July 2, 2021 Soccer Comments Off on Is Sweden vs Slovakia on TV today? Kick-off time, channel and how to watch Euro 2020 fixture
NFL News