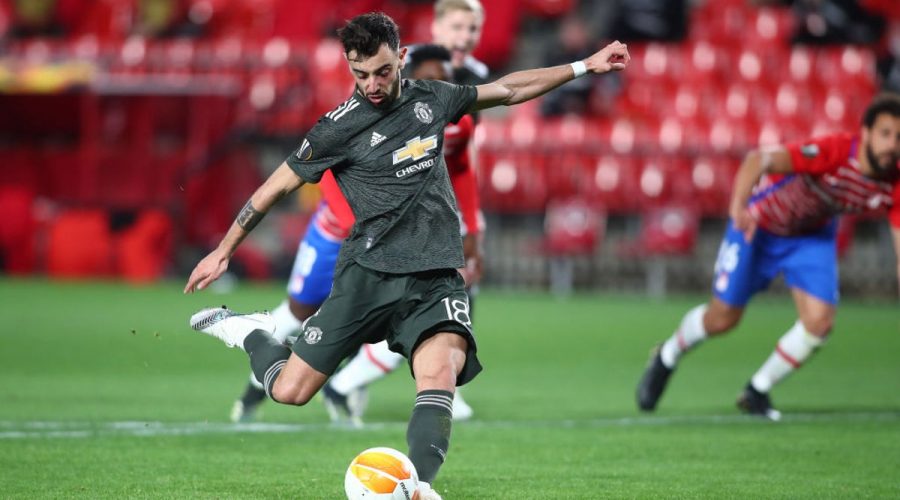 Manchester United will hope to finish off the work they started last week against Granada by putting the Spanish side to the sword once more and booking their place in the Europa League semi-finals.

Ole Gunnar Solskjaer’s side take a 2-0 lead into the return fixture at Old Trafford tonight thanks to goals from Marcus Rashford and Bruno Fernandes.

The advantage United have means the Norwegian could look to rest a few players this evening, most notably Fernandes, who has already played 48 times so far this season.

Granada will need a miracle to turn around this tie, but European football can be a funny old beast…

Here’s everything you need to know about the match.

The match will kick off at 8pm GMT on Thursday, April 15.

The fixture will air live on BT Sport 2. Subscribers can also stream the action live on the broadcaster’s website and app.

Man Utd will be without the trio of Luke Shaw, Harry Maguire and Scott McTominay as all three of them picked up yellow cards in the first leg which rules them out of tonight’s game.

Meanwhile, Granada center-back Domingos Duarte will also miss the match through suspension but striker Roberto Soldado was rested at the weekend so is expected to be fully fit heading to Old Trafford.

Manchester United will be expected to coast through this one as they set their sights on the semi-finals. Providing they can avoid conceding an early goal, this should be a comfortable night’s work for the Red Devils. 2-0 Man Utd (agg 4-0).

April 15, 2021 Soccer Comments Off on Is Manchester United vs Granada on TV tonight? Kick-off time, channel and how to watch Europa League fixture
NFL News