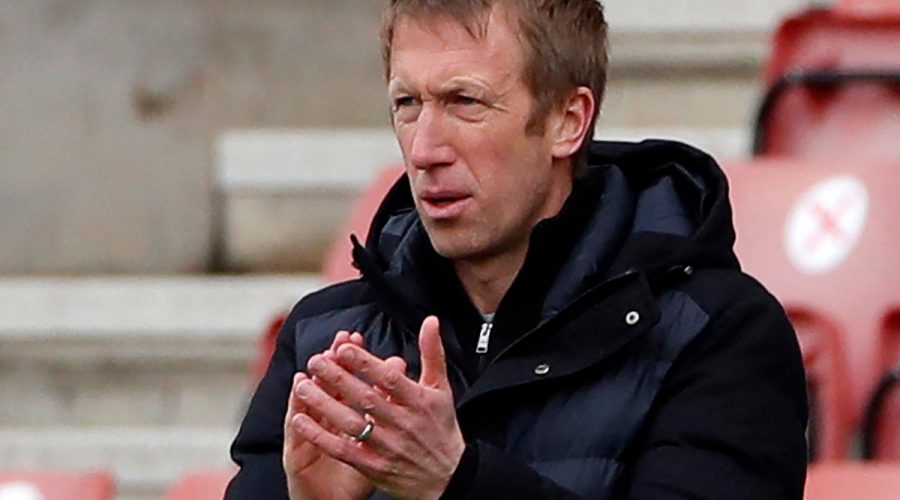 United, who suffered a 2-1 defeat by Leicester in the FA Cup last eight before the international fixtures dawned, are chasing a 10th consecutive win in the league to narrow the gap to Man City.

United trail the leaders by 14 points with a game in hand over their rivals as they enter the final stretch of the campaign.

Brighton, meanwhile, are 16th in the standings, six points off the relegation zone and keen to widen that gap. With two wins in their last two outings, Graham Potter’s team will at least take confidence into this meeting with their second-placed opponents – though they may curse the international break for having potentially interrupted their momentum.

Here’s all you need to know ahead of the game tonight.

The match will kick off at 7.30pm GMT this evening.

The fixture will air live on BT Sport 1 and BT Sport Ultimate. Subscribers can also stream it live on the broadcaster’s website and app.

Man United striker Marcus Rashford has returned to training, having missed England’s World Cup qualifiers, and could feature here. Fellow forward Mason Greenwood, who was absent for the England U21s, is also seeking to regain full fitness. Their frontline partner Anthony Martial will miss out after sustaining a knee injury while with the France squad. In defence, Victor Lindelof is a doubt.

For Brighton, Adam Webster and Dan Burn seem certain to miss out, though striker Aaron Connolly could return. Percy Tau is self-isolating, having played for South Africa during the international break, while Tariq Lamptey, Solly March and Florin Andone remain longer-term absentees.

Brighton will certainly be motivated here and could see this as somewhat of a free hit, despite the risk of relegation still looming. For United, meanwhile, this game is a must-win if they are to retain any chance of pulling off a dramatic, late title victory this season. United 2-1 Brighton.

April 4, 2021 Soccer Comments Off on Is Manchester United vs Brighton on TV tonight? Kick-off time, channel and how to watch Premier League fixture
NFL News