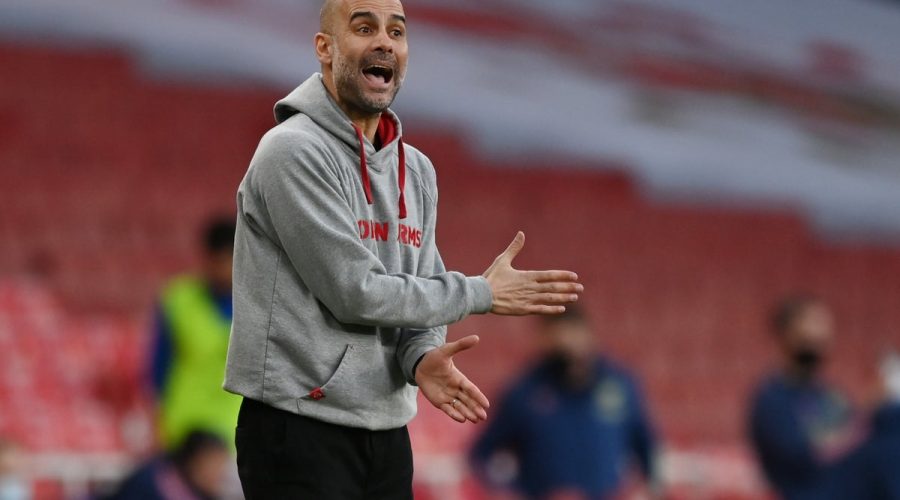 Manchester City continue their quest for the quadruple tonight as they begin their Champions League quarter-final tie against Borussia Dortmund.

Pep Guardiola’s side have an FA Cup semi-final and Carabao Cup final later this month, but this is the competition the whole club wants more than any other.

European glory is the one thing missing from Man City’s trophy cabinet and Guardiola was specifically brought in to try and address it.

They are undoubtedly expected to beat Dortmund, who have had a seriously disappointing domestic campaign, currently sitting in fifth in the Bundesliga, seven points off the top four.

But with Erling Haaland in their team they always have a chance to upset the apple cart and spring a surprise on the runaway Premier League leaders.

The Norwegian has scored a quite incredible 33 goals in 32 games so far this season and has four more than any other player in the Champions League.

Could he prove the catalyst for another quarter-final capitulation by Pep’s men?

The game kicks off at at 8pm BST on Tuesday, 6 April.

The match will be shown live on BT Sport 3 and subscribers will also be able to stream the match via the BT Sport app.

Manchester City will not let anyone – not even Haaland – stand in the way of them taking a lead into the second leg. That being said, it is unlikely they will have a tie-ending advantage come the end of this evening. 3-1 Man City.