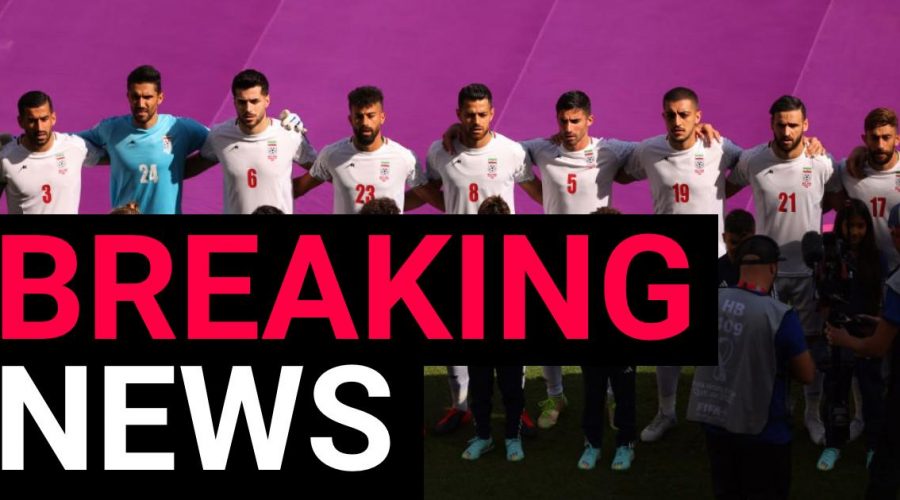 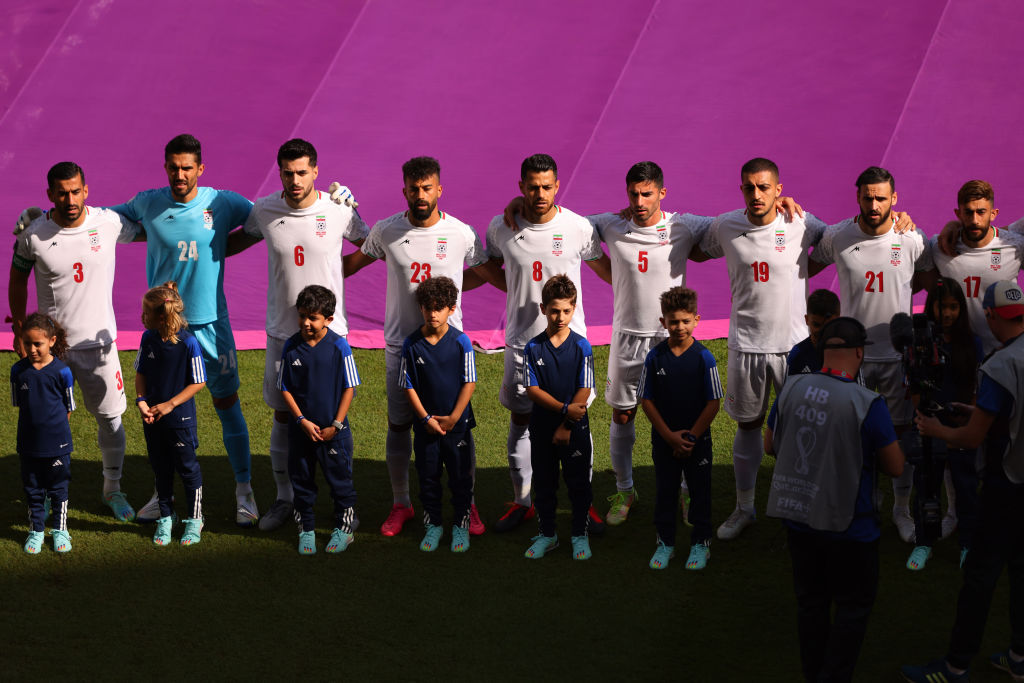 Iran players sung their national anthem ahead of their World Cup clash against Wales to a chorus of boos from their own support.

Prior to their group opener against England on Monday, the Iranian team stood in silence as their anthem was played with some of their supporters in the stadium reduced to tears by the powerful statement.

On Friday morning, however, the Iran squad sang along ahead of kick-off with a large number fans in attendance heard booing and whistling to protest events taking place back at home.

Civil unrest continues in Iran after the death of Mahsa Amini which sparked protests against the government and has led to hundreds of deaths and thousands of imprisonments.

Fans in attendance on Friday morning were also seen bearing Iran shirts with Amini’s name printed on the back and the Iran flag emblazoned with the message ‘Women Life Freedom’.

Authorities at the Ahmed bin Ali Stadium were pictured speaking to the fan carrying the Iran shirt bearing Amini’s name, having also painted her face with bloody tears falling from her eyes.

Outside the stadium, chants of ‘Freedom for Iran, No to Islamic Republic’ were heard.

Iran lost their opening match of the World Cup in a heavy 6-2 defeat to the Three Lions.

Head coach Carlos Queiroz has insisted the protests have not distracted the national team, confronting a female BBC journalist regarding a question she asked about ongoing protests in the country during a press conference this week.

Why do you ask these questions? Why? I’m talking with you,’ Iran boss Queiroz said in a viral video on Twitter as he approached the BBC journalist after a press conference, surrounded by people taking videos and security staff.

‘I’m asking one thing to you now. The press conferenced finished. Do you think this is fair?

‘Why don’t you ask other coaches, ask [Gareth] Southgate what they think of England and the United States, how they left Afghanistan?’

November 25, 2022 Soccer Comments Off on Iran players booed and jeered while singing national anthem ahead of Wales clash
NFL News