Inter skipper Icardi, whose last-minute penalty won the corresponding fixture for his side last season, headed home in the second minute of time added on.

Luciano Spalletti’s side secured their fifth straight Serie A win and remain third in the table, six points behind leaders Juventus. 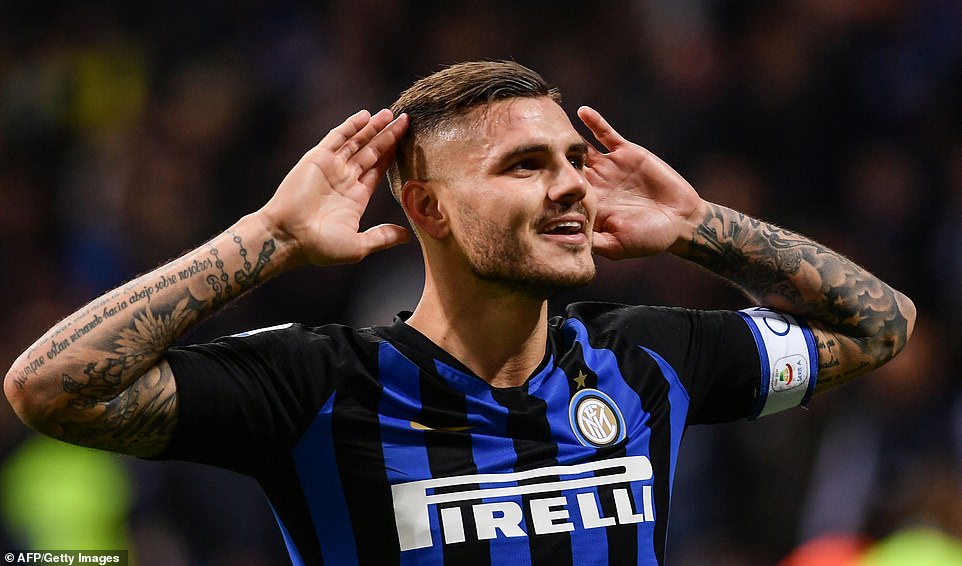 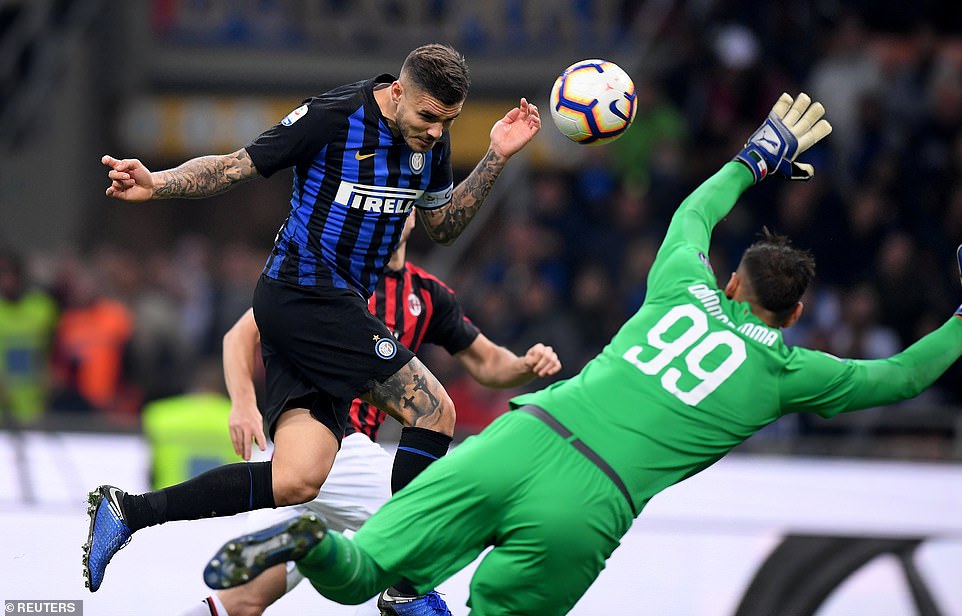 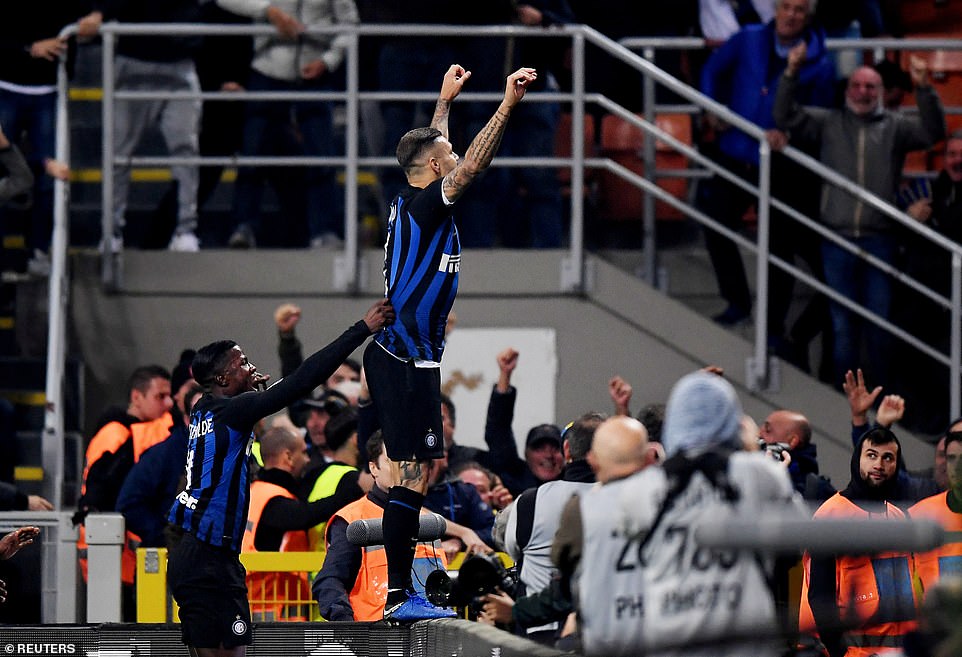 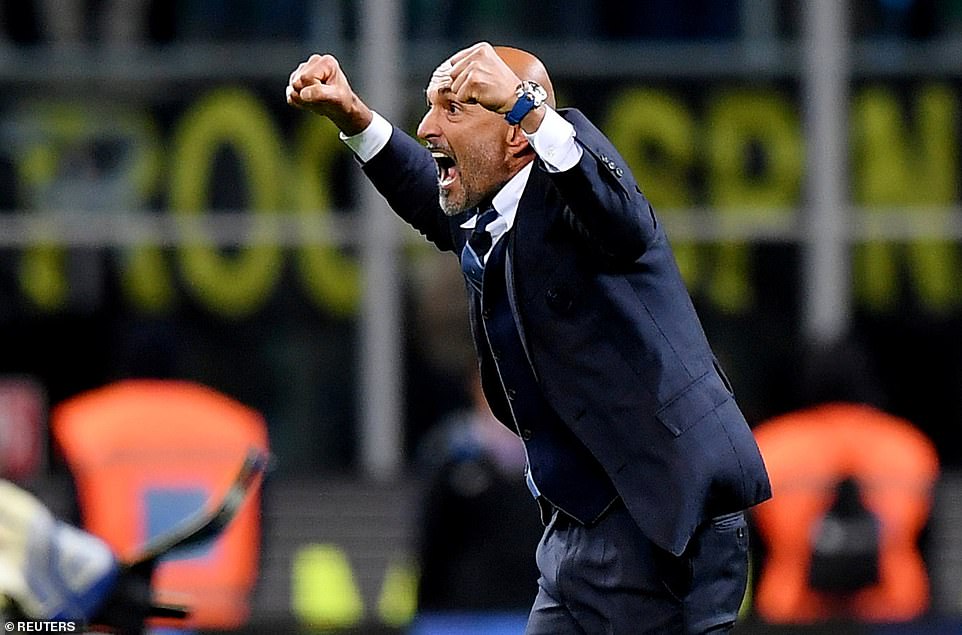 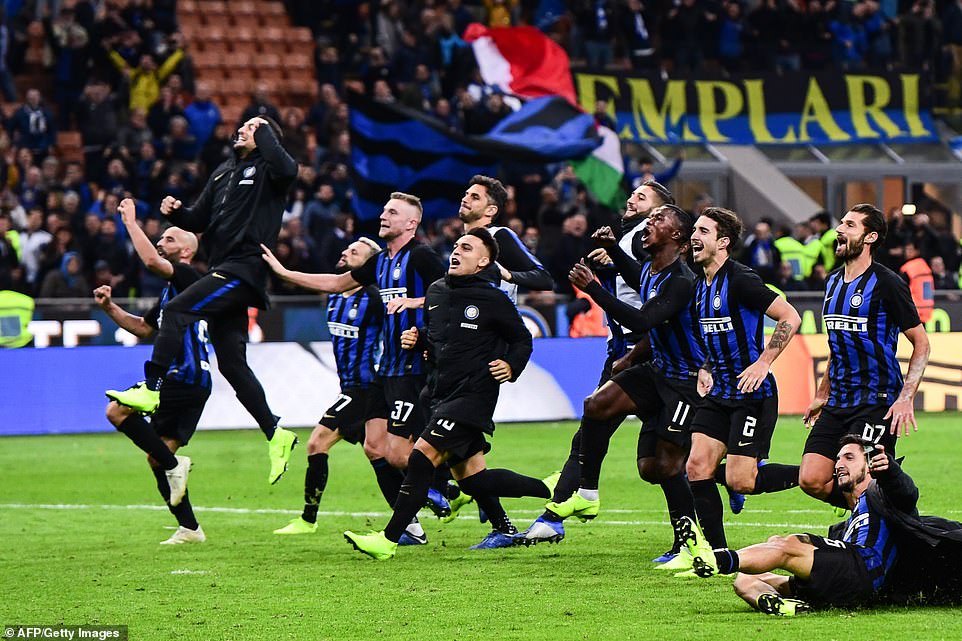 MAN OF THE MATCH: Mauro Icardi 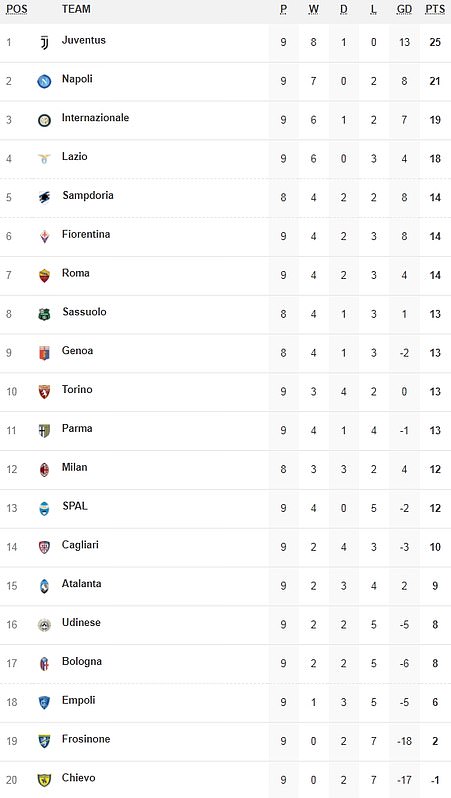 The 222nd Milan derby failed to provide much quality or entertainment for a crowd of 78,725, but both sides had a goal disallowed, while Inter defender Stefan de Vrij’s first-half shot hit a post.

After a slow start, Icardi thought he had given Inter a 12th-minute lead when he turned home Matias Vecino’s flick-on from close range.

But after a brief check with the video assistant, referee Marco Guida ruled that Icardi had been offside.

Milan midfielder Franck Kessie fired wide from inside the penalty area and, at the other end, Ivan Perisic’s header from Sime Vrsaljko’s cross was comfortably saved by goalkeeper Gianluigi Donnarumma.

Inter went close to breaking the deadlock in the 34th minute. Vrsaljko’s corner was headed on to De Vrij and the latter’s effort from eight yards out rebounded off the woodwork.

Donnarumma was then forced into action again as he held Vecino’s 20-yard shot, but Inter enjoyed their best spell just before half-time. 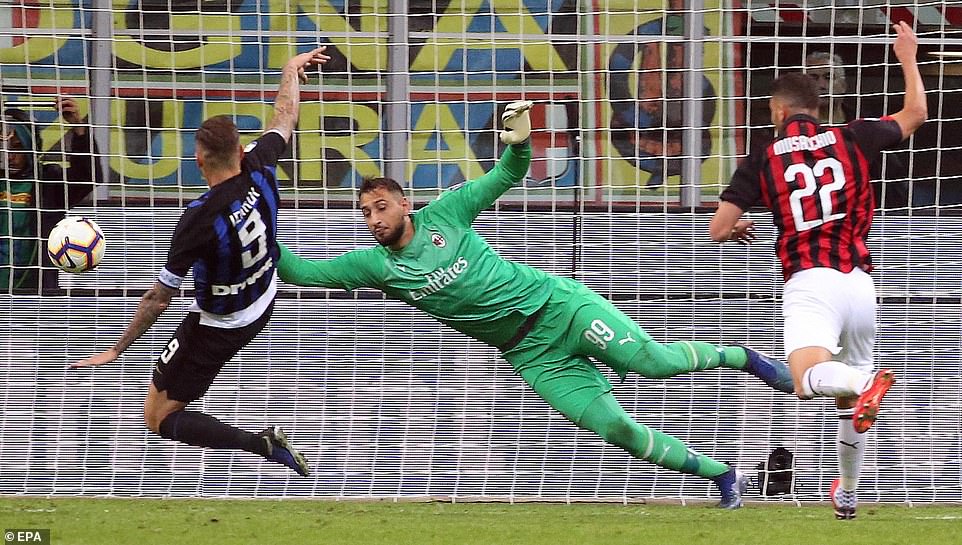 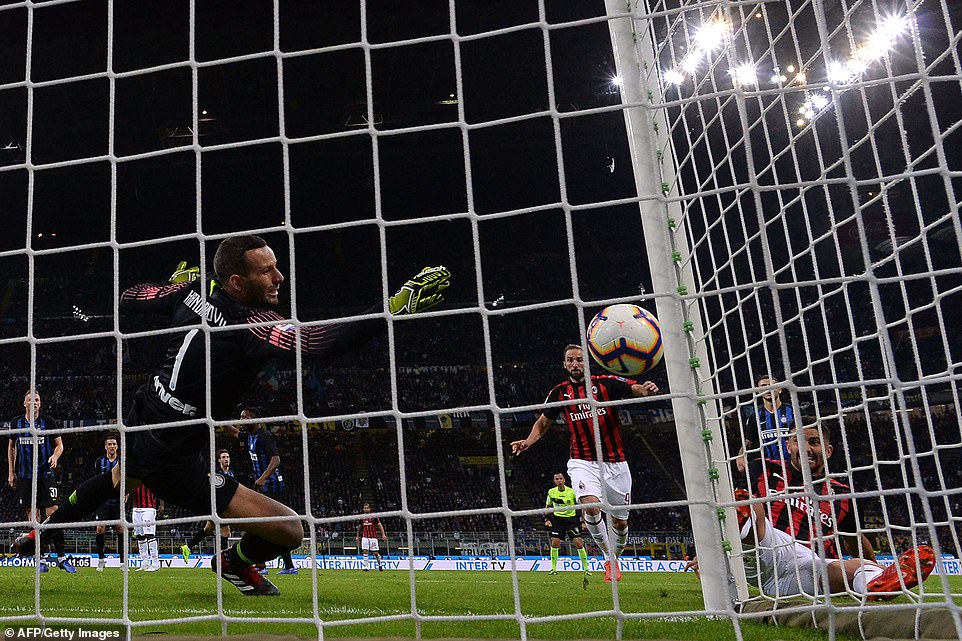 Mateo Musacchio (R) also had the ball past Samir Handanovic but he was in an offside position, which saw the goal ruled out 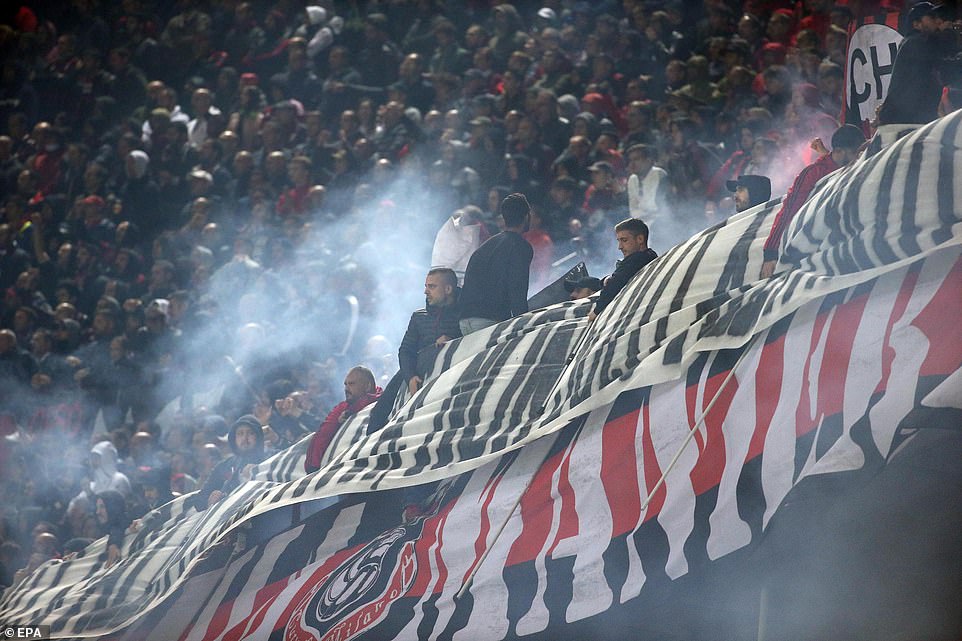 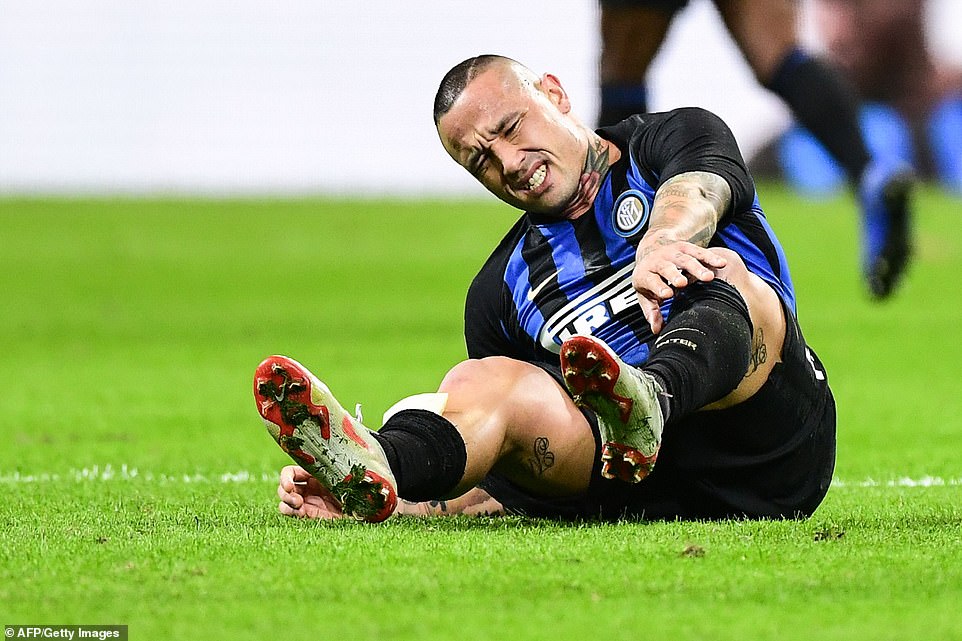 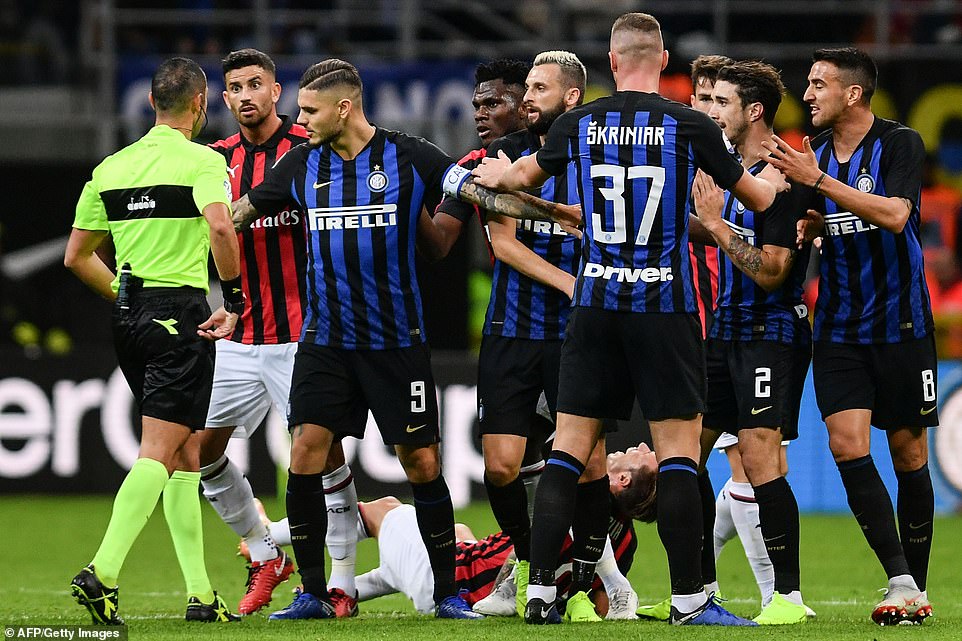 Matteo Politano crashed a shot from outside the area over the crossbar and Milan skipper Alessio Romagnoli produced a brilliant block to keep out Icardi’s effort.

Milan defender Mateo Musacchio briefly thought he had broken the deadlock when turning home at the back post, but he was also ruled offside by Guida.

Inter then spurned a golden chance when Vecino blasted Perisic’s cut back to the penalty spot off target.

Both sides wasted possession in the second half and created few chances. 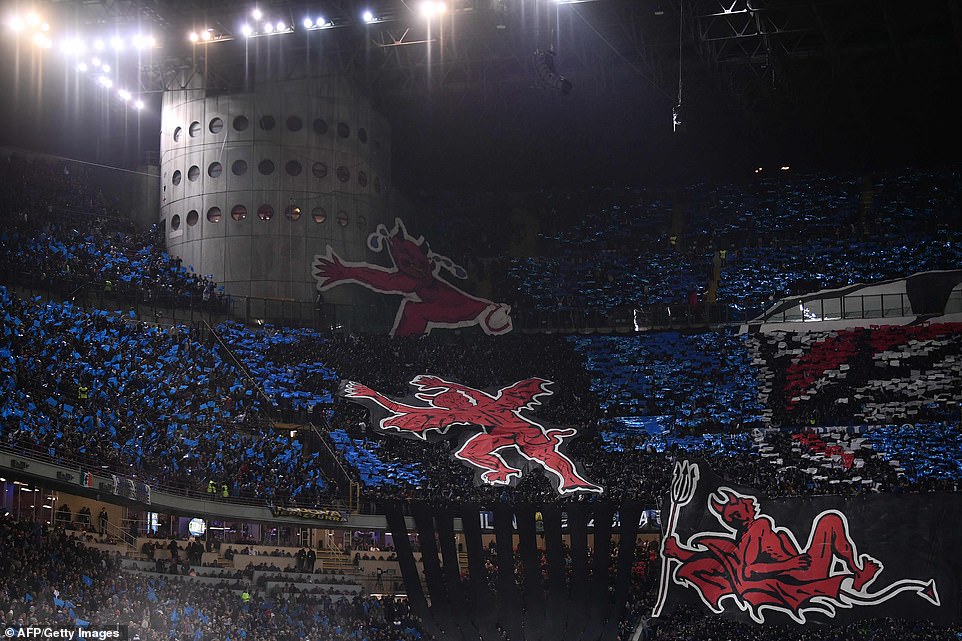 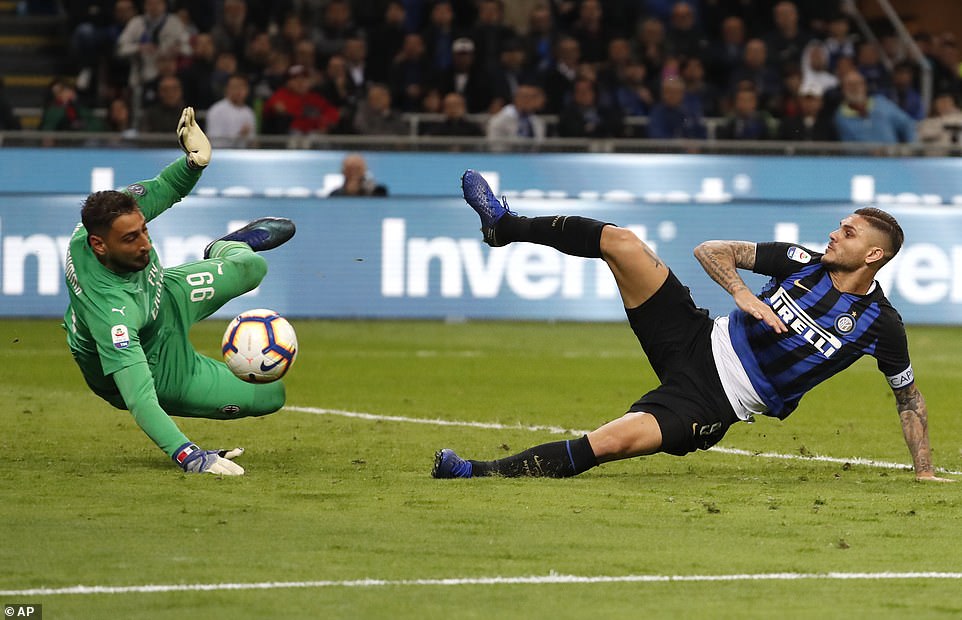 Donnarumma was forced to react quickly to clear Lucas Biglia’s back-pass before Vecino headed over from six yards.

Vecino found space on the right and his brilliant cross was met by Icardi, who escaped the covering defence with some neat movement and planted a firm header beyond Donnarumma. 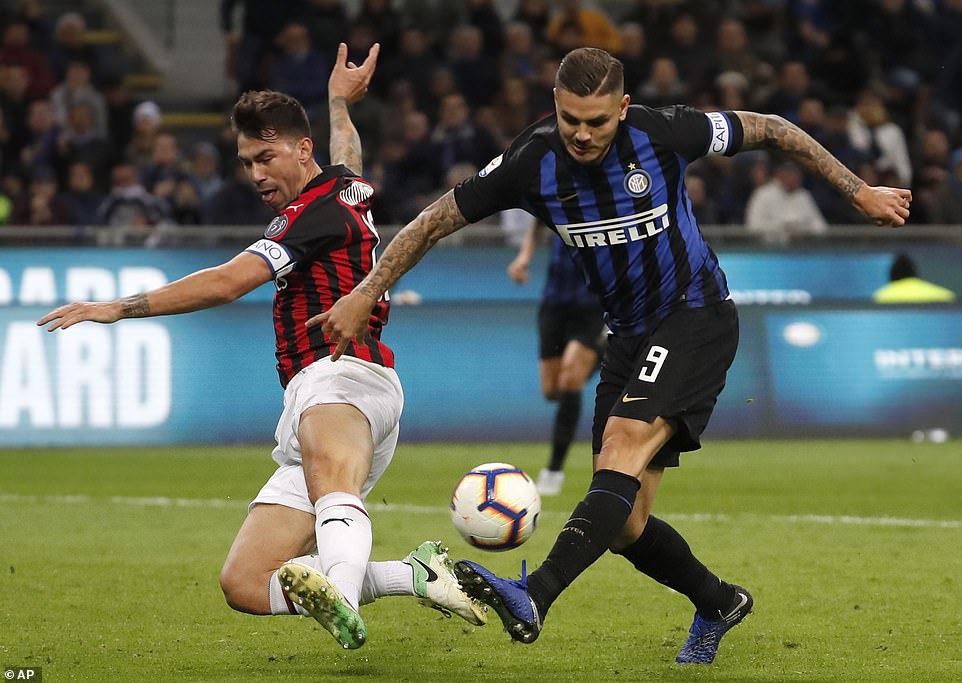 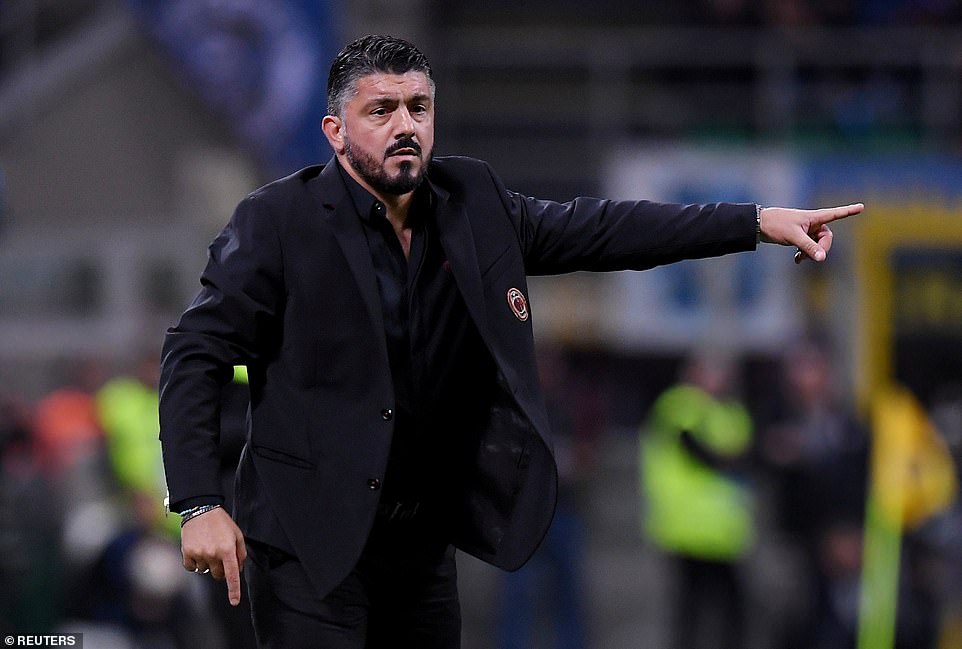 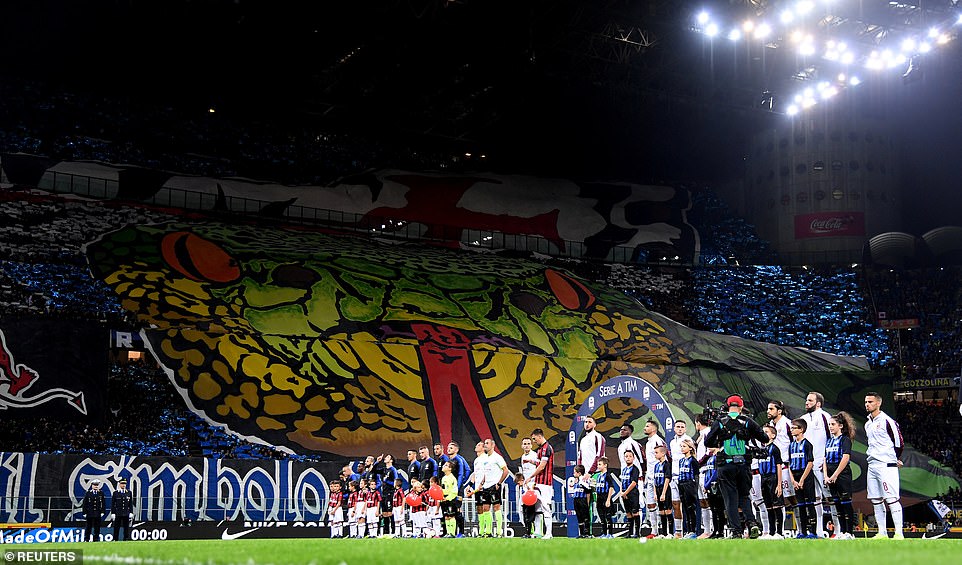