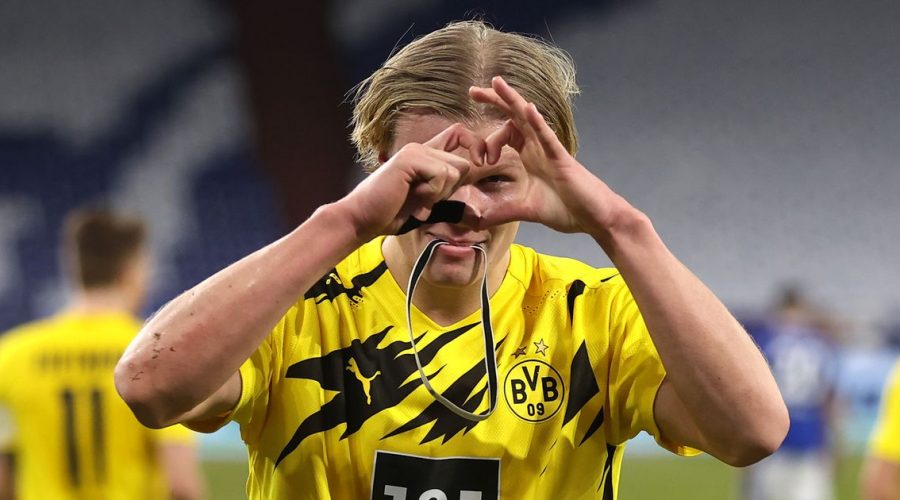 Erling Haaland’s rise from Molde hopeful to Champions League stardom shows no signs of slowing as Europe’s biggest clubs scramble over a potential summer transfer – but not many saw it coming.

The exuberant forward lined up 56 times in total for the development sides before making his senior bow, scoring 36 goals despite an awkward spell of one strike in 17 outings for the Under 16s.

Although his goalscoring desire has always been present, Halle has been left pleasantly surprised by the rapid rise of the striker he helped nurture at a young age.

Speaking exclusively to Daily Star Sport, the former Leeds, Bradford and Wolves defender said: “He wasn’t like he is now when he was 14 or 15.”

Before adding: “You could see he was a good player but not… I mean Martin Odegaard who was previously in that age group was more mature and you could see that he was different.

“When he was 16 and he played at the European Under 17 Championships against England, he was good but his arms and legs were all over the place so his body wasn’t really set.

“But the way he’s scoring goals, he always wanted to score goals, and he’s been improving all the way. But I don’t think that anybody would’ve said when he was 15 that he would be where he is now."

Halle himself had a fine run with Norway in making 64 appearances between 1987 and 1999, playing alongside Alf-Inge Haaland at Leeds and coming up against Ole Gunnar Solskjaer of Manchester United.

The 55-year-old took the time to praise his former international team-mate for the work he did with Erling at Molde, as well as the following steps the player has made in his career.

He added: “When he went from his hometown club to Molde and the way that Ole Gunnar was working with him went really well and he needed that time in the Norwegian league.

“Obviously when he went to Salzburg. and it’s easy to see afterwards, I think the steps he has been taking have been really good for his development.

“I think if he moved somewhere more difficult too early, then things could’ve been a little bit different. So I think that’s been a big part, taking the right steps at the beginning for his development.”

Halle believes that although Haaland has surprised even those who worked closely with him during the crucial years of his development, his calm and composed nature off the pitch has been key to his progress.

He continued: “I think that has surprised everybody. I think that maybe has come from him taking the steps with Molde, Salzburg and now Dortmund. One of his biggest strengths is that he is so calm.

“If he makes a mistake or whatever then he just forgets about it and move onto the next one.

April 7, 2021 Soccer Comments Off on Inside story of Haaland’s rise from clumsy teen prospect to Europe’s most wanted
NFL News