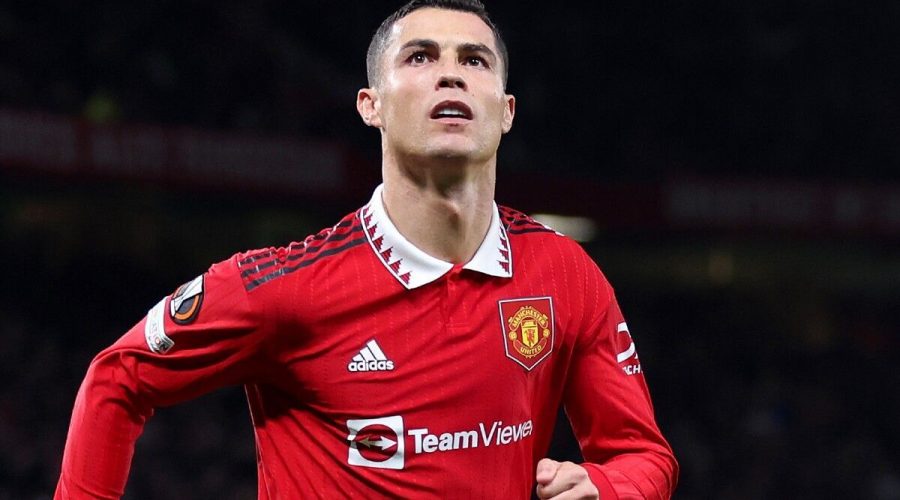 For years, Manchester United pined to see Cristiano Ronaldo come back home. There was always a sense the Portugal international had unfinished business at Old Trafford, having previously spent six years at the club before departing for Real Madrid in 2009. Sometimes, however, going back to your ex isn’t always a good thing…

But when word reached Ole Gunnar Solskjaer and his coaching staff that Cristiano Ronaldo was looking to leave Juventus, for Manchester City of all teams, the Red Devils decided to take action.

United pulled Ronaldo’s return out of the bag, announcing his Hollywood homecoming on transfer deadline day.

Solskjaer then posed with his former team-mate, with the duo both having big smiles on their faces. The prodigal son had, finally, come home.

Ronaldo’s second spell at United couldn’t have got off to a better start, with the veteran netting twice in a stirring 4-1 win at Old Trafford where the famous stadium became a cauldron of noise.

It was like he’d never been away, with the veteran scoring his side’s first two goals that day.

The goals would keep coming for Ronaldo, who was always going to plunder them in given his outstanding track record over the years.

Yet it soon became apparent that Solskjaer, who had done a steady if unspectacular job as manager to that point, couldn’t get the team functioning with him in it.

Ronaldo would score seven goals while playing for the 49-year-old but it wasn’t enough to spare his old pal from the axe.

With results worsening, the Glazers took action and opted to relieve the United legend of his duties in a painful decision for all involved.

“I love Solskjaer,” he told Piers Morgan in his bombshell interview last week.

“I think he was a top person, because what I keep inside my heart is the heart of the person, and for me Ole is a top person.

“Coach? Of course, he didn’t look for what he wants. It’s hard to assume after Sir Alex Ferguson, but I think he did a good job for sure and he needed more time.

“I don’t doubt that he will be a good coach in the future, but it was a good experience. I was so pleased to work for him, even though it was a short period.”

A man who, according to Ronaldo, he hadn’t even heard of prior to his appointment.

“Deep inside me, I never saw him as the boss because I saw some points that I never agreed with and he’s stopping the time as well because if you’re not being a coach, then the next five years you’re going to lose the identity of, to be a coach, so it surprised me a lot,” he told Morgan.

“But in the same way it doesn’t surprise me a lot because if you see the structures, they keep them the same.

“So the coaches didn’t surprise me but, it was a tough moment, not only for me, but for the rest of the players.”

Behind the scenes, Ronaldo knew Rangnick was telling United chiefs to part ways with their No 7 at the end of the season.

It is something he would deny publicly but it lead to the pair having an uneasy, if professional, relationship together.

Ronaldo would spare Rangnick’s blushes on numerous occasions, bagging an impressive 24 goals across all competitions – more than any other player.

Yet it was clear with each passing week that, in a day and age where youth and energy are required to win titles, Ronaldo was potentially a detriment rather than a benefit.

Ronaldo told United he wanted to leave at the end of last season, once Erik ten Hag was confirmed to be taking over.

Though he’s insisted the Red Devils tried to force him to go, it was actually him and Jorge Mendes who were attempting to pull the plug on the veteran’s romantic relationship with United.

Ronaldo missed pre-season for personal reasons, since revealing it was because his young daughter was in hospital.

But when he came back, it was clear he wasn’t in Ten Hag’s plans.

Ronaldo has done precious little to show he deserves to be at United so far this term, however. His record of three goals is poor, with two coming against Sheriff in the Europa League.

Ten Hag has preferred Marcus Rashford and Anthony Martial so far, even if the pair lack the killer instinct that Ronaldo possesses.

But, now, the relationship is over.

United have agreed they’re mutually cutting ties with Ronaldo, who will now likely pursue one last adventure before he hangs up his boots.

That could even come this winter if Portugal win the World Cup in Qatar, something that isn’t out of the question.

It wasn’t meant to be this way when Ronaldo came back, after all the years of wishing, last summer.

But football is a cruel business. He will always be a legend and fans should remember his first spell far more than this disastrous second.

November 23, 2022 Soccer Comments Off on Inside Ronaldo’s second spell at Man Utd from return to dire departure
NFL News