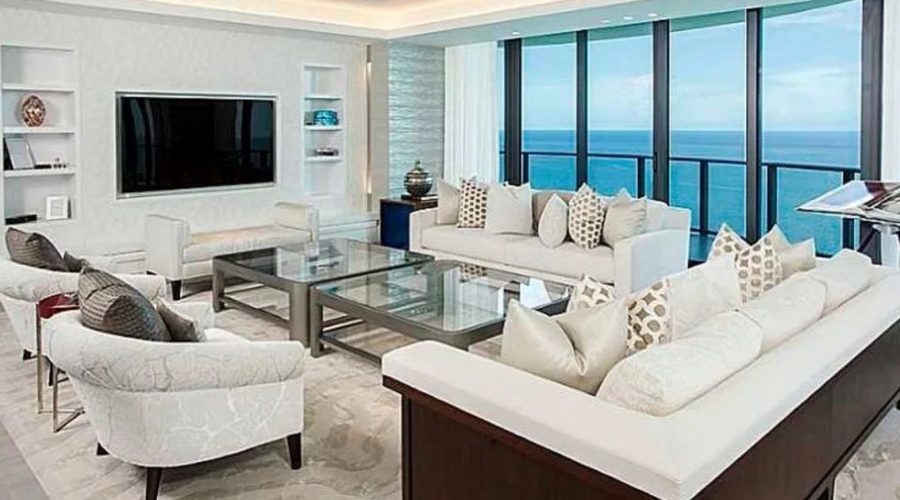 Lionel Messi has reportedly splashed out £5million on his second apartment in Miami, fuelling speculation he will head to the MLS this summer.

Messi has often said he would like to play in the United States one day and his contract at Barcelona expires this summer.

It’s believed the 33-year-old already has a £7.25m apartment in Miami’s Porsche Design Tower, that was completed in 2017.

Though The Sun report he has now spent another £5m on a luxurious apartment just down the road.

Messi is believed to have purchased the entire ninth floor of a luxury apartment in Florida that sits on Sunny Isles Beach.

It boasts all the facilities that the Argentine could desire with four bedrooms and 360-degree views of Miami city and the ocean.

The new apartment has its own private pool while Messi and his family have access to six pools in total, according to The Real Deal.

Four bathrooms, a 1,000-bottle wine cellar and a champagne bar are also included, while Messi can work off those rinks at a spa, fitness centre and yoga studio.

And Messi will be making sure he keeps up the right nutrition with a private chef reportedly permanently on-site.

WHERE DOES LIONEL MESSI'S FUTURE LIE? HAVE YOUR SAY IN THE COMMENTS

It’s all set for another summer of speculation with Messi recently saying: "My plan is to give all I can for the club at the moment.

"I would like to play in the United States and experience life and the league there, but ultimately come back to Barcelona in some capacity.

"I'm not thinking too far ahead in the short-term and just want to see how the season finishes."

There is already a MLS side in Miami with Inter Miami owned by Manchester United and Real Madrid icon David Beckham.

And Beckham previously hinted he would try to sign Messi, saying: "I have said from day one that our academy system is a massive part of this club and if we can bring players through here that have lived and breathed Inter Miami then that is the goal.

"But we also know that being in Miami, our fans want to see the big stars.

"We already have players like Gonzalo Higuain and Blaise Matuidi who add to the glitz and glamour but also going forward we want to have the opportunity to bring some great names in.

"Leo and Cristiano [Ronaldo] have been mentioned (in the question just asked), they have been at the top of their game and been the best for the last 15 years because of hard work. There is very little luck behind it.

"Sir Alex Ferguson was the master at choosing the right player, he didn’t always bring the best player in the world, he brought the right player for the club and that is one of the things that I have taken into this place."