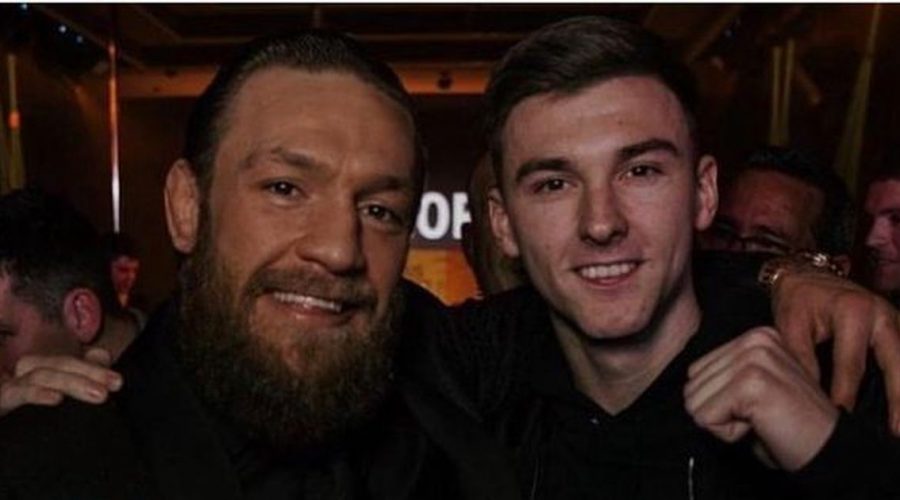 Arsenal defender and UFC star Conor McGregor have formed an unlikely relationship in recent years, with the pair full of respect for each other.

A controversial figure in the world of UFC, McGregor has been known to divide opinion throughout his sporting career.

Tierney is a very different character to the Irishman, but this has not stopped the duo developing a close friendship.

McGregor is a lifelong Manchester United supporter, but has made clear his respect for Celtic on a number of occasions.

Prior to joining Arsenal in 2019, Tierney captained the Scottish giants and was a fan-favourite at Celtic Park.

McGregor is also a big admirer of the Scottish full-back, having been spotted wearing the shirt of Tierney when he was still at Celtic and was later pictured training in this as he prepared for a UFC fight.

Asked who his favourite footballer was in an interview in 2019, the UFC star responded:

"He was the captain of Celtic Football Club and recently signed for Arsenal.

"He has been a phenomenal supporter of mine over the years and he has risen up. He is a phenomenal, phenomenal football player. I'm in conversation with him a lot, he's a great guy."

How important will Kieran Tierney be for Arsenal next season? Comment below.

It's clear that McGregor is an avid football fan – something that has become even clearer in recent months.

The 32-year-old revealed earlier this year that he tried to buy shares off Celtic owner Dermot Desmond back in 2018 and has refused to rule out the possibility of getting involved at a top club further down the line.

"A conversation came up regarding Celtic first to be honest. To acquire shares from Dermot Desmond," he said.

"I am certainly interested in acquiring a sports team at some stage! Both Celtic and Man United are teams I like for sure. But I am open. I feel I could do big things for a club."

Arsenal's supporters are unhappy with the club's current ownership under the Kroenke family, and viewed the failed European Super League project as the final nail in the coffin for their time at the Emirates.