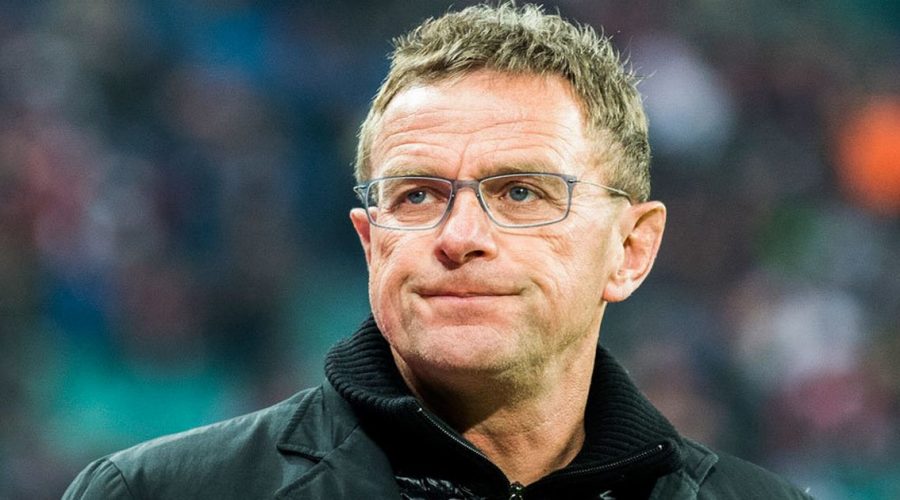 Incoming Manchester United interim boss Ralf Rangnick was criticised for his comments on tackling racism back in 2018.

Rangnick is close to finalising his move to Manchester United as interim manager until the end of the season, according to the Athletic.

The news broke on Wednesday that the German boss, 63, will be departing his role as head of sports and development at Lokomotiv Moscow and taking over at Old Trafford until May, while he will go on a further two years in a consultancy role at the club.

Back in 2018, he waded in on a racism row involving ex-Arsenal star Mesut Ozil.

And he said he believed that football should "try to stay out of political positions".

He said: "Football can basically bring a lot together, even topics that would otherwise be difficult to unite…“

“But football must try to stay out of political positions in order to do this. Football should continue to be aware of this function, including taking on an apolitical role."

Rangnick is not expected to be in the dugout for United’s upcoming game against Chelsea owing to work permit reasons.

The Red Devils’ next game is against Arsenal at Old Trafford, but there’s no confirmation whether that will be his first game or not.

Ole Gunnar Solskjaer was let go from his position as United manager after the side's dismal 4-1 defeat to Watford.

The loss – their third in a row in the Premier League – has left them languishing in eighth spot in the table, so the board sacked Solskjaer and have been on the lookout for an interim replacement.

Rangnick has had great success as a director of football in Germany, taking up the position with Red Bull Salzburg and RB Leipzig from 2012 onwards, while the 63-year-old also had a stint as the manager at Leipzig.