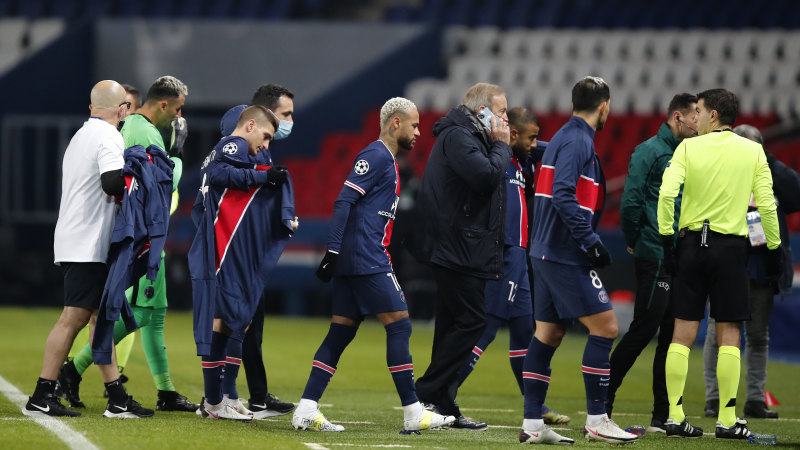 European football’s governing body has suspended Romanian fourth official Sebastian Coltescu until the end of the season over his involvement in the sending off of Istanbul Basaksehir’s assistant coach in a Champions League clash, which sparked a player walk-off.

The match at Paris St Germain on December 8 was halted after 13 minutes following an argument on the touchline over the red card. It resumed the following day after the four Romanian officials were replaced. 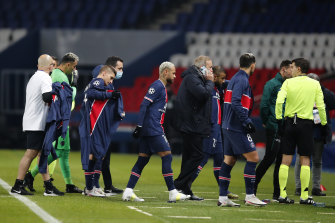 Players leave the pitch mid-match in the Champions League game between PSG and Basaksehir in December.Credit:AP

Basaksehir assistant Pierre Webo, a former Cameroon international, said Coltescu had disrespected him by referring to him as “the black one” and an investigation was launched by UEFA. The governing body said in a statement on Monday that Coltescu had been suspended for “inappropriate behaviour during a UEFA match for which he was appointed” and had been ordered to “attend an educational program before 30 June 2021.”

Assistant referee Octavian Sovre was also reprimanded and ordered to attend an educational program before June 30.

The two officials were found guilty of violating Article 11(1) of the UEFA Disciplinary Regulations which deals with general principles of conduct and focuses on breaches that bring the game into disrepute.

UEFA said they also violated Article 6(1) of the General Terms and Conditions for Referees officiating at UEFA matches which ask officials to “behave in a professional and appropriate manner” during and after the game.

Players from both sides, as well as the three new on-field match officials, took a knee before the game resumed the following day. PSG won 5-1 at the Parc de Princes.

Webo said the incident was so stressful he needed the doctor to give him pills to help him sleep but took solace in the fact that December 8 would be remembered in the fight against racism.