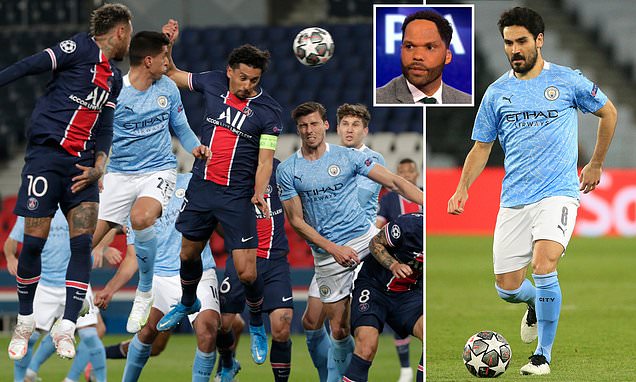 Joleon Lescott has criticised Ilkay Gundogan for failing to track the run of Marquinhos for Paris Saint-Germain’s opener against Manchester City.

PSG took the early lead over City in the first leg of the Champions League semi-final tie, with Marquinhos emphatically latching onto Angel Di Maria’s in-swinging corner in the 15th minute in Paris.

It was the worst possible start for Pep Guardiola’s on Wednesday night, and at half-time, BT Sport pundit Lescott pinned the blame on German star Gundogan. 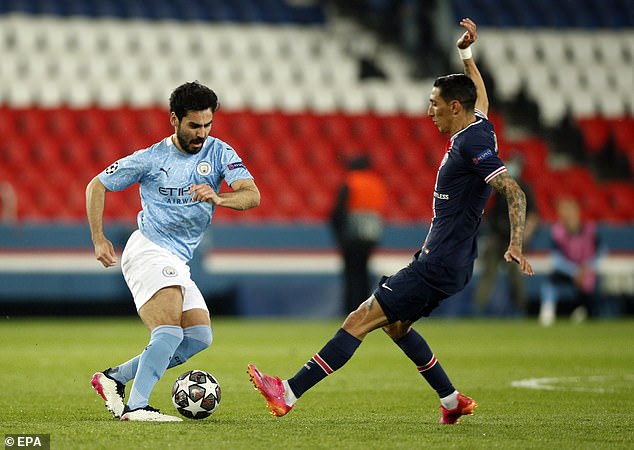 ‘The goal is part zonal’, Lescott said at half-time during BT Sport’s coverage. ‘Gundogan has to take responsibility.

‘He has to absorb and track the run of Marquinhos with a few more steps.

‘If you compare him to Bernardo Silva who is doing a similar role (marking Presnel Kimpembe) there is no comparison.

‘When you allow players to get runs on you as a defender, it is the worst possible outcome.’

But while former City defender Lescott blamed Gundogan, the club’s ex-goalkeeper Joe Hart was quick to praise the corner routine from Mauricio Pochettino’s side on Wednesday night. 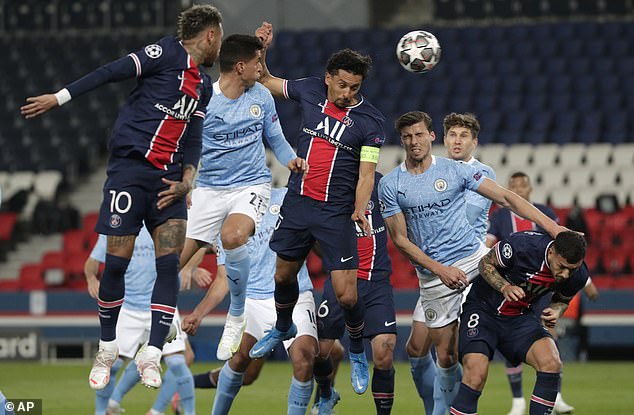 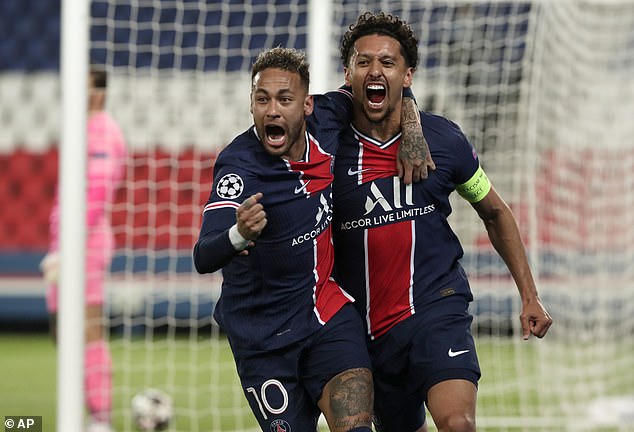 Hart argued: ‘I thinking the timing of it is exceptional. It is one of those where it is a world class delivery, and he really does attack the ball and get important goals for PSG.

‘Yes, in an ideal set-up, Gundogan bounces him further away from the goal, but he has eluded that and he has not broken stride. It is impossible to deal with that from the static position of zonal markers.

‘As soon as he got through that with the pace on that ball, it was only going to end one way.

PSG got off to an emphatic start in Paris, but City then stunned the Ligue 1 giants – taking a 2-1 lead back to the Etihad next week thanks to goals from Kevin De Bruyne and Riyad Mahrez, while Idrissa Gueye was also sent off for the hosts. 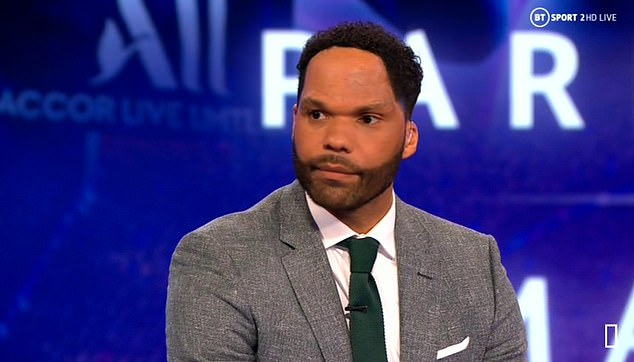